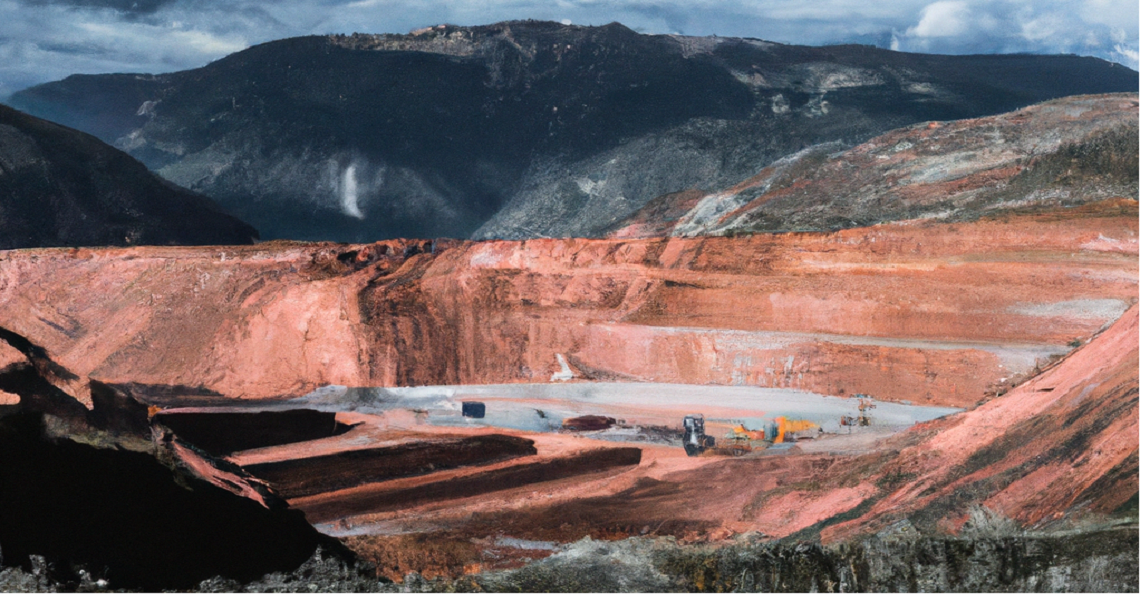 The world was descending into a chaotic fear. Markets were crashing, portfolios were in temporary ruin, and financiers had a firm grip on their wallets. I was in Toronto for the PDAC Conference, the biggest mining industry gathering on the planet, and the mood was somber. The countless dejected faces of promoters, mineral geologists and prospectors will never escape my memory. With such uncertainty and bearishness, I questioned why I was there.

Trudeau had just given a speech about his support for the industry, yet no one cared… everyone was bearish.

Well, almost everyone. The mining financier from Florida I met with about a copper project he was working on in Africa was flamboyantly bullish on the base metal. At his core, he was a promoter, so I took everything he said with a heavy grain of salt. His sentiment was so contrarian it made me think he was a contrarian for contrarian’s sake.

Bear in mind that this was when people acted like the world was witnessing another black plague. It was at the peak of Covid fear. Stocks were collapsing in value, no one wanted to touch door handles, and mining stocks had been dead money for about 5 years. People only cared about preserving capital and not catching the virus.

Copper wasn’t even on my radar. Yet, based on supply/production levels, the needed increase in global infrastructure buildouts, and EVs, this financier made the case that copper was about to go on a run. It was trading around $2.25 a pound.

The guy was right, in a big way. Copper spent the next two years seemingly doing nothing but go up, peaking at nearly $5/lbs. His thesis was bang on: “betting on copper is betting on humanity.”

To Advance as a Civilization, We Need More Copper Mines… At Home

Known in the investment community as Dr. Copper for its price’s close relation to economic activity/growth (the higher the price, the more economic expansion, theoretically), on a high level, all you really need to know about copper is you can’t build much of anything infrastructure-related without it. We, humans, have been using copper in this regard for thousands of years; and we’ll continue to use it for thousands more. The applications for copper only seem to increase by the decade.

Today, copper is vital in producing wiring, bridges, electrical equipment, piping, railings, electric vehicles, smartphones, and so much more. It’s a dynamic metal because of its high strength, relative cheapness, durability, conductivity, and resistance to corrosion. And the best headline-grabbing reason to bet on copper is that there can not be a renewable energy revolution without it. Period.

Other than oxygen, water, iron, carbon and wood, there may not be a more vital element or compound to human advancement…

This is why you, a westerner, should be concerned about its supply. And, if you’re a speculator, you should pay close attention to its price while looking for dips.

The Concentration of Copper Production

According to the United States Geological Survey, five countries produce roughly 2/3 of the world’s copper supply:

Chile, by far the world’s largest copper producer and with a young new socialist leader, is moving ahead with its controversial mining royalty bill, which specifically targets copper mines (in other words, the government of Chile intends to collect more money from mining the metal — bullish for higher prices, bearish for supply). Reuters reported on January 4th:

“A Chilean congressional committee approved on Wednesday a controversial mining royalty bill, putting it a step closer to final approval as part of the government’s sweeping tax reform.

The proposal, strongly criticized by the industry, was presented in the middle of 2022 by the government to increase royalties on copper sales in Chile, the world’s largest producer of the metal.”

Just looking at Chile and Peru, two copper powerhouses responsible for nearly half the world’s supply, gives a speculator reason to question the stability of these nations and their ability to continually feed the world’s growing copper appetite.

Outside of the United States and Australia, the major copper-producing nations are either socialist or communist. And as we’ve seen in the recent past (most recently being First Quantum in Panama, click here to read more.), the risk of resource nationalism (or a form of it), is on the rise in this increasingly fragmented world.

Zooming in a little more on the problem, let’s look at the leading 5 copper mines on the planet…

The five *leading copper mines in the world are:

*rankings for copper mines vary depending on data source, units of measurement, and yearly annual production changes and estimates.

There are hundreds of copper mines worldwide, many of which are approaching their end of life. However, these world-leading copper mines, located in what I deem to be uncertain jurisdictions, account for approximately 13% of the world’s annual production of about 21 million metric tons.

Imagine just one of these mines went offline, even if it was temporary… what would that do to the price of copper? How would that impact the advancement of renewable energy or critical infrastructure projects?

CNBC’s Pippa Stevens reported last summer, “The report forecasts copper demand nearly doubling to 50 million metric tons by 2035. By 2050, demand will reach more than 53 million metric tons. To put this figure in perspective, S&P Global noted that that’s “more than all the copper consumed in the world between 1900 and 2021.”

S&P Global estimates that copper demand could nearly double by 2035… and, according to Nick Lazzaro, “the copper market in 2035 could see a deficit of up to about 1.5 million mt in the high-ambition supply scenario and up to a 9.9 million mt deficit in the rocky-road supply scenario.”

According to a Barron’s report, “…BCA Research forecast a physical global refined copper deficit of 595,000 metric tons in 2022, and said copper supply and demand balances will remain tight over the next 10 to 15 years.”

According to WhiteHouse.gov, the “Bipartisan Infrastructure Law will rebuild America’s roads, bridges and rails, expand access to clean drinking water, ensure every American has access to high-speed internet, tackle the climate crisis, advance environmental justice, and invest in communities that have too often been left behind.”

Sounds like a lot of copper will be needed…

India has infrastructure development plans of its own. The Indian government plans to drastically improve the country’s roads, airports, ports, access to electricity, and much more.

God only knows how much copper China will need for its many infrastructure-related goals, including its “One Belt, One Road” initiative, which will require roads, railways, and ports linking China to Europe and much of the eastern world.

According to the International Energy Agency (IEA), 8,000 kilograms of copper is needed to produce just one megawatt of power from an offshore wind farm…

The US, China and India already account for roughly half of the world’s copper demand… throw Japan and the EU into the mix, and that doesn’t leave much for the rest of the world.

I believe upward price pressure for copper is inevitable over the coming 3-5 years unless governments scrap their infrastructure spending plans, abandon the renewable energy transition, and decide to let their economies stagnate.

Adding to potential upward price pressure, copper supply and production from some of the leading mines in the world may not be as reliable as they recently were.

With copper supply and production concentrated in so few countries, that should be concerning to governments everywhere, and yet bullish for higher prices if all these infrastructure plans around the world come into reality.

For those who believe we are headed for a recession (I’m in that camp, too), or even worse… what do governments typically do when their economy significantly contracts?

From the days of FDR to modern leaders such as Biden and Xi JinPing, they spend on ‘shovel-ready’ jobs, which means infrastructure. That means demand for copper goes up. Thus, that sets a floor in copper’s price and will almost always allow it to rebound shortly after a price collapse.

Because copper is intertwined in every major infrastructure project, be it with traditional roads and bridges or the renewable energy future governments are so eagerly pursuing, it’s vital to our progression as a species. Unlike many other asset classes, it will never go ‘no bid’ (remember oil prices at the start of Covid?), and governments will help support a floor in its price.

Like many commodities, copper collapses in value during a recession. However, somewhat uniquely to many other metals, it is quickly bid back up when politicians try to create shovel-ready jobs and spur the economy — an important aspect supporting copper’s resilient demand.