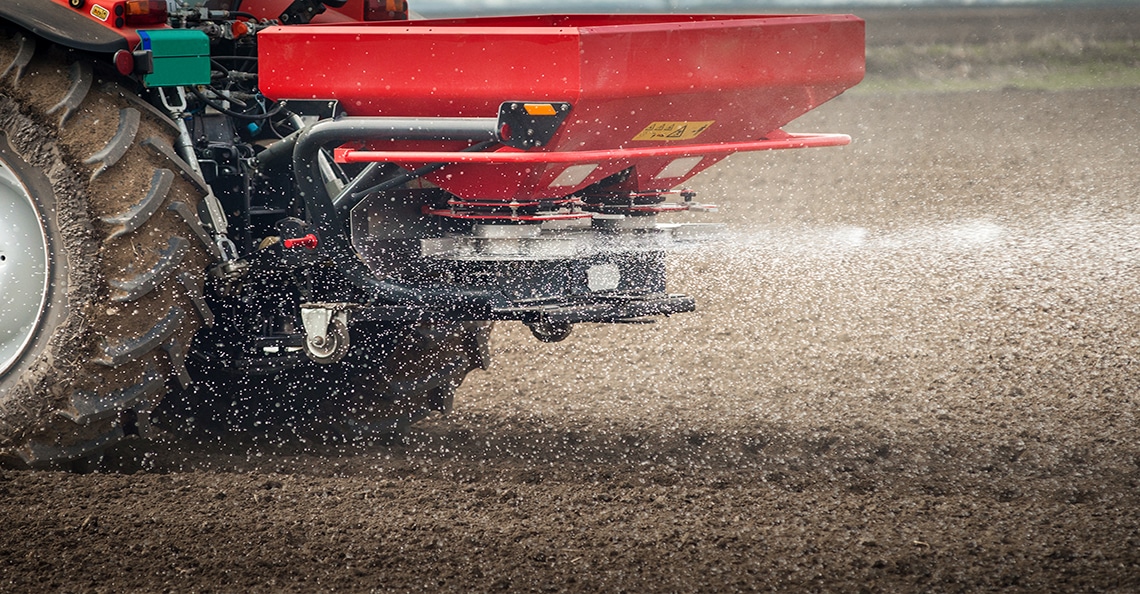 Phosphorous—the element found in minerals such as phosphate rock—is vital to the agricultural industries around the world. Without this critical fertilizer, farmers simply wouldn’t be able to produce the yields they do today.

Unfortunately, the world may be about to reach peak phosphorous, which could cause serious problems for global food production.

According to The Guardian,

“Phosphate use has quadrupled in the last 50 years as the global population has grown and the date when it is estimated to run out gets closer with each new analysis of demand, with some scientists projecting that moment could come as soon as a few decades’ time.”

“Researchers say humanity could only produce half the food it does without phosphate and nitrogen, though the latter is essentially limitless as it makes up almost 80% of the atmosphere.”

“. . . rock phosphate is a finite resource and the biggest supplies are mined in politically unstable places, posing risks to the many countries that have little or no reserves.”

In fact, approximately 72% of the world’s rock phosphate reserves are held by Morocco and Western Sahara (which has been occupied by Morroco since 1975).

The need to make new rock phosphate reserve discoveries is clear. But how can investors correctly time this cycle, when the point for peak phosphorous could be anywhere between a few decades to a few hundred years? While there’s no way to know for sure, there are two key data points that investors should keep their eye on…

According to BBC Future,

“The first phosphorus price shock came in 2008, when the commodity price of rock phosphate, the raw material that is mined, spiked 800 percent.”

Unsurprisingly, this spike came during the world food crisis of 2007-2008, a time when the Food and Agriculture Organization (FAO) Price Index (a measure of the monthly change in international prices of a basket of food commodities) rose to an average of 201.4 points. By August 2008, the Fertilizers Price Index—a weighted average of natural phosphate rock, phosphate, potassium, and nitrogenous prices—had also spiked, reaching an all-time high of US$256.06.

In other words, it appears that an increase in phosphorous prices may not only be correlated with world food crises, but increases in the FAO Price Index and the Fertilizers Price Index as well.

The FAO Price Index averaged 182.5 points in January 2020, marking the fourth consecutive increase for the index. However, it’s important to note that while global food prices are rising, global fertilizer prices remain depressed. The Fertilizers Price Index closed at US$70.84 on February 5, 2020.