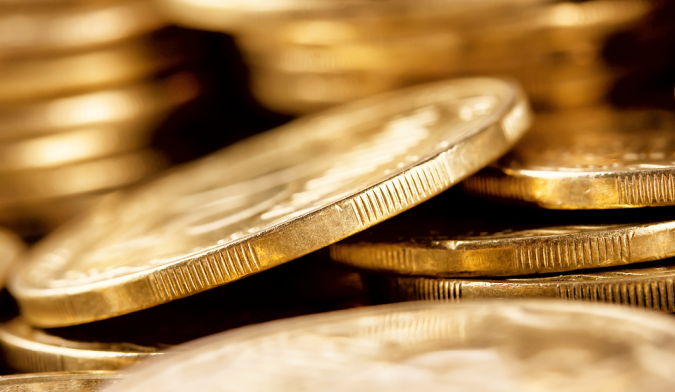 Every major metal you have invested in over the past few years likely wasn’t worth the price you paid for it at the time. Does that bother you?

The puppet masters are controlling the commodity markets to best serve their own interests. This is nothing new, and has been going on for decades. In the book The Forgotten Man it was documented that FDR would determine the price increase or decrease in gold for the day, from his bed, based on what number he thought was lucky. A twenty-cent increase in the price of gold on a Wednesday was normal if FDR thought it would bring good luck and help his progressive agenda.

Nowadays, the world’s most powerful institutions are creating false pricing, to the upside and down, on virtually every major metal that is traded globally.

Before you deem this a conspiracy theory, just remember how some of the biggest banks in the world were exposed for manipulating the LIBOR rate (see past volume on LIBOR scandal by clicking here). If the most important interest rate in the world was manipulated, certainly commodity prices can be as well.

The commodity market, like it or not, is rigged. What was once real and accurate hard asset pricing, based on supply/demand fundamentals, is now clouded by manipulation, to an insane degree. Over the next several weeks, Pinnacle’s Weekly Volume will explore the recent manipulations surrounding several different metals.

Gold has been beaten into submission in 2013. This week we are writing about the rigging of the gold market, and the recent shady activity surrounding the precious metal.

With a chart like that you would think gold demand has fallen off a cliff and that demand for Treasury bonds is skyrocketing. However, that isn’t the case. Demand for physical gold is near historic highs while global demand for Treasuries has sunken. The game is rigged.

Gold’s price is heavily manipulated by the most powerful organizations in the world. If its value increases, it undermines the US dollar. The motive, particularly from a Federal Reserve and American government standpoint, to manipulate and suppress gold’s value, is blatantly obvious.

The Paper Gold Market is the Catalyst

Questionable moves in the paper gold market have become more prevalent than ever in recent months. The so called Bullion Banks, which serve as puppets to the Western Central Banks (and naked short gold all the time), continually dump boatloads of paper gold in times when geopolitical issues typically lead to a mass buying spree for the precious metal.

Large sell orders of gold futures (form of paper gold) have been frequently made of late in early morning trading, establishing bearish sentiment for the day. For example, On October 11th, during the US government shut down, when there was no sign of an agreement being made on the debt ceiling, and panic was starting to rush over Washington, a massive 2 million ounce gold futures sell order was placed early in morning trading, which apparently caused the CME to halt trading due to a technical glitch. That was bizarre for many reasons. Why would anyone dispose of a $2.6 billion order in one shot? That in itself seems highly suspicious.

“The result of that huge paper gold sale was that at just the time when a possible US government debt default would send investors in a panic rush to the safety of buying gold, instead, the price plunged $30 an ounce to a three-month low of $1,259.60 an ounce. Market insiders believe the reason was direct market manipulation.”

Do you remember in August 2011 when the threat of a US default was looming given that Republicans and Democrats couldn’t come to terms on the debt ceiling increase? It was virtually an identical situation to what we saw last month; and in 2011 it caused gold to soar in value to a record nominal high. Why would it collapse in value this time around?

RT.com went on to report that:

“These moves are becoming more and more prevalent and to my mind have to either be the work of someone attempting to manipulate the market or someone who really shouldn’t be trusted with the sums of money they are throwing around. There are ways of entering and exiting a market so that minimum damage is caused and whoever is entering these orders has no intention of doing that.”

Interestingly, just a couple days before that sudden, massive and potentially malicious sell order of 2 million ounces, Goldman Sachs (one of the Bullion Banks) announced that gold was a ‘slam dunk’ sell…

As investors dumped paper gold, in ETFs and other securities, the rush to physical gold hit an 18-month high in Q1 2013.

While the exact amount is unknown, paper gold supply greatly exceeds physical. The fact that we have a paper gold system tells you just how distorted things have become.  In reality, the paper gold market is no different than a fractional reserve banking system, where there is many times more paper contracts in circulation than there is actual physical gold.

The paper market is embodied in the futures exchange. The CME (Chicago Mercantile Exchange) is one trading house that directly impacts the price of gold throughout the day. The majority of contracts bought and sold are liquidated before final settlement and delivery. These contracts are bought and sold on next to no margin and in many cases, the traders put up less than 10% of the value of the commodity. This is a problem.

The gold futures market has bred an environment of extreme manipulation, and has allowed gold’s price to be held down for decades. And the manipulation, in 2013, has gotten worse than ever before. For example, it is estimated that approximately $240 billion worth of paper gold contracts are traded every day! That is more volume value than the Dow and S&P 500 combined…

Remember in April of this year when gold abruptly lost $200 an ounce?

On April 13th there was a group of large sell orders totaling roughly 400 tonnes of gold (again, early in trading) that smashed the market all at once. This induced mass panic in the gold market as stop losses were triggered and a general herd mentality added to the selling. Over a two day period, gold lost roughly $200 an ounce – the worst drop in over 30 years.

For someone, or some institution, to sell 400 tonnes all at once certainly begs the question, why? It couldn’t have been that they wanted to get the best price for their ‘gold’ as that is, obviously, not the way to go about it. If this group or individual, who remained anonymous to the public, was suddenly hit with extreme anxiety and thought gold was going to be worthless in the near future, then perhaps that may have been a good strategy. However, the likely reason for this aggressive sale was to drive gold’s price down (mission accomplished).

Earlier this year, famed commodity investor and founder of Sprott Asset Management, Eric Sprott, told the Gold Report “I would hypothesize that the central bankers know their policy of printing money is the most irresponsible thing imaginable, and they are suppressing gold and silver prices to hide their irresponsibility.” 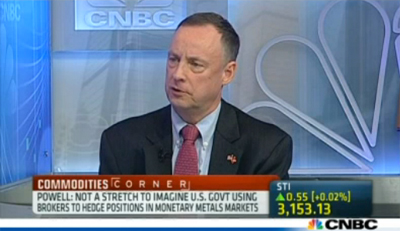 There is such a group known as the Exchange Stabilization Fund (ESF), another wondrous creation of theFDR Administration. Essentially, it is an extension of the US Treasury, and is allowed to intervene in many asset classes, with a particular focus on foreign exchange intervention. The fund started with capital from the US government’s gold reserves, which increased in value by nearly $2.5 billion in the 1930’s after FDR increased the price per ounce from nearly $20 to $35 (interesting how gold was behind its inception).

By 1970, a law was passed to use the Exchange Stabilization Fund to intervene in the gold market as well as others. It was such a broad and vague law that it gave the ESF incredible power. This paved the way for legal price manipulation, which is what we are seeing today. Another phrase to describe what we are seeing today should be termed ‘gold price oppression’.

“The ESF is a slush fund beyond Congressional oversight. It can be used to ‘get around’ most anything (i.e., it can skirt normal governmental procedures). No wonder so many people want to do away with the ESF. There is no room for it in our democratic process.”

Turk wrote a fascinating piece on the ESF intervention in the gold market way back in 2001; it can be read by clicking here.

Must watch video – fast forward to the 6 minute mark: A compelling argument on gold price manipulation, by Max Keiser. He explains why $2,100 to $2,200 an ounce is a fair market price at this moment in time, and also how demand for the precious metal has never been higher.

The complexities behind the gold market manipulation are vast. The purpose of this volume is meant to make you think about what the fair market price is for gold. What we are seeing today is not a ‘fair price’.

Physical demand for gold is at an all-time high in China. The Asian powerhouse is now the world’s largest gold consumer and is expected to purchase 1,000 tonnes in 2013 (although it will likely purchase more). China has stated that the world needs to de-Americanize itself from the corruption and dysfunction of the US government. It wants the world off the US dollar. With the powers that be (the Fed, ESF, Bullion Banks) depressing gold’s value, an unintended consequence may be that it allows the Chinese to own the world’s largest gold reserves, at a cheap price. What bargaining power this will provide China with when it inevitably becomes the world’s largest gold owner remains to be seen, but you can bet it is all a part of their plan.

If the paper gold market implodes, due to a lack of trust, which we suspect will eventually happen, China will be sitting pretty and in control of revaluing the precious metal at a much higher price.

All the best with your investments,
PINNACLEDIGEST.COM
* If you’re not already a member of PinnacleDigest.com and would like to receive reports like this one, once per week via email, please click here to join for free.