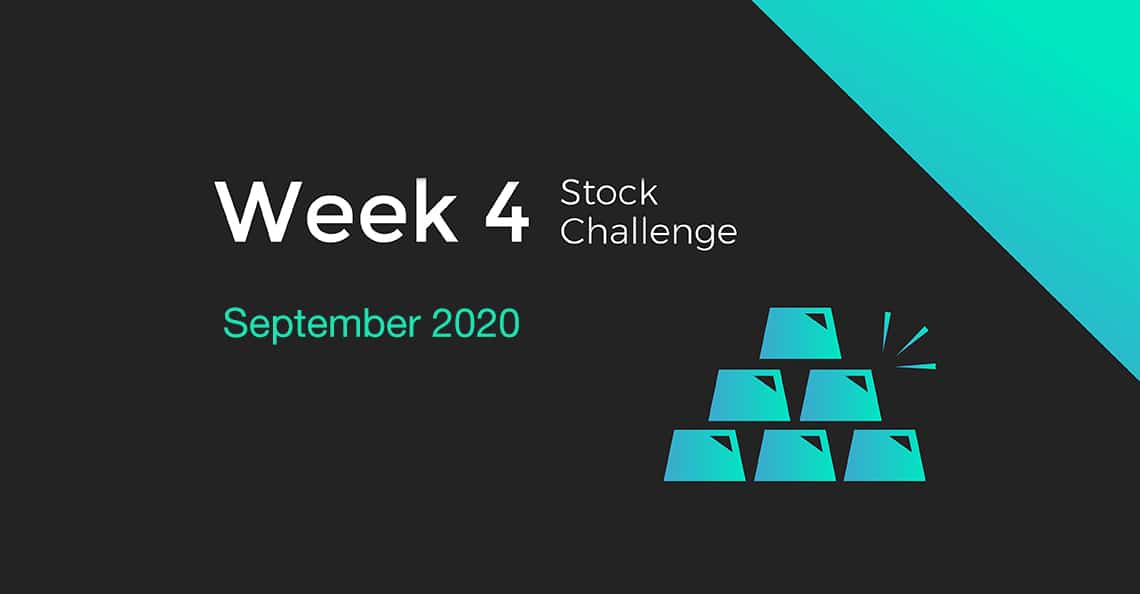 This week, member ‘Barry Pynn’ and ‘traderguy’ traded back and forth for first place. Eventually, traderguy came out on top with a return (215.48% return), narrowly overtaking member Barry Pynn (213.74% return). Barry Pynn remains secure in second place, given that his return is more than 3x that of third place member ‘looky1.’ With just a handful of days left in this month’s stock challenge, it looks like it will be a neck and neck battle between Barry Pynn and traderguy for the honorable title of Stock Challenge Champion…

We wrote in an article this Wednesday,

“While the TSX Venture’s September selloff has historically been marginal (over the past decade, the Venture has only declined an average of ~3% in September), this isn’t a normal year – never mind a normal September…”

“The TSX Venture index has fallen approximately 10% this month so far, making it one of the worst selloffs in the past 10 years. Although this month’s decline erases much of the gains made since July, it could be worse – just look at the S&P 500.”

As a result of the TSX Venture’s volatility this week, the Stock Challenge Index fell as low as -5.67% before rebounding to -2.27% today.

West High Yield Resources hit a new 52-week high today by jumping 38.89% from C$0.18 to C$0.25. Yesterday, the junior miner announced it was expanding its gold program on its Rossland Gold Camp property.

“West High Yield . . . announces that the BC Ministry of Mines has granted the Company a drilling permit for the drilling of 22 drill holes of up to 600 metres per hole and an aggregate of 20,000 metres on the Company’s Midnight Gold Claim located in the Rossland Gold Camp.”

“The original 2,000 metre phase 1 drill program was increased to 2,275 metres in nine holes but remained within budget. Fremont has received assay results from the first three holes with drill hole GF-20-3 intersecting a significant interval of near-surface oxide gold mineralization: 50.3 metres of 1.05 grams/tonne (“g/t”) gold starting at 29 metres. Holes four through nine have been submitted for assaying and the results will be reported once the assays are received, compiled, and interpreted.”

The conclusion to the epic battle between traderguy and Barry Pynn is near… which means that the next challenge is about to start! If you haven’t already, make sure you lock in your stock picks for the October 2020 Stock Challenge ASAP.