Self-driving trucks will soon be a reality if the relentless automation of jobs continues. In a recent video, The Verge asks two important questions:

Are computers creating jobs or destroying them?

The host believes “a profound change in how our economy works” is coming.

Citing a McKinsey Report which estimates “…that between now and 2030, 400 million workers globally could lose their job to automation.”

In an RTS Financial article, Why Trucking is Still America’s Number One Job highlights the scary dependence truckers have on an aging industry.

“Overall, a total of 7.4 million Americans have jobs tied to the trucking industry. A recent study by National Public Radio found that “trucker driver” was the most dominant job in 29 U.S. states, including California and Texas.” 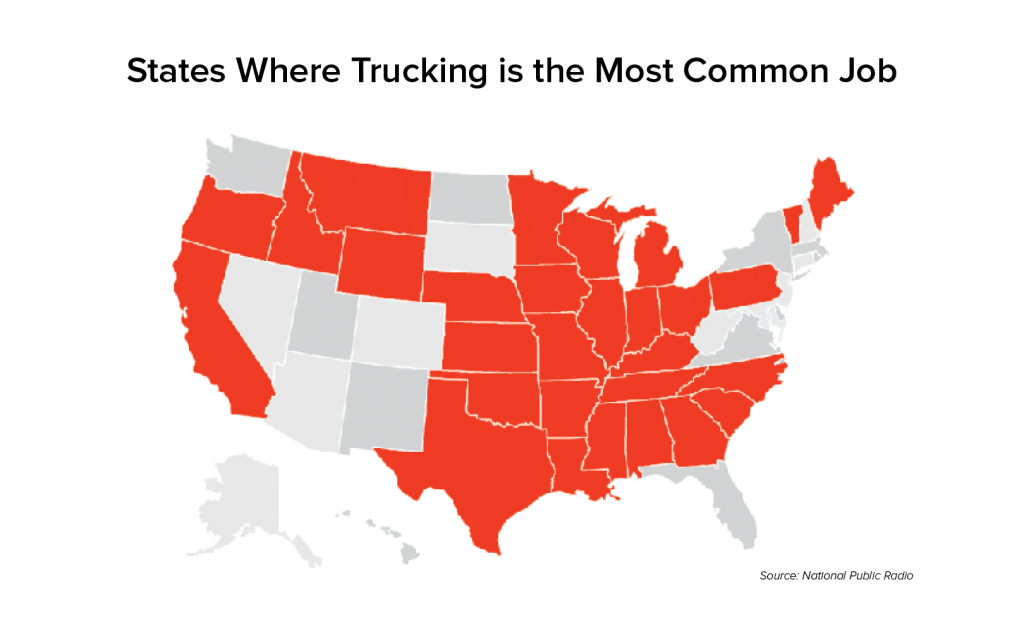 The Verge continues that,

“As technology develops, we’re not automating individual jobs but entire industries, as we meet more of our needs through massively scalable software. It’s a huge shift in the way society works, and it doesn’t have to be a bad one.”

Also, the rise of robots and automation is real and threatening to disrupt millions of jobs. The host takes a strange turning calling for the end of traditional jobs, explaining,