The more than 3000% increase in jobless claims in the United States has Mike Maloney concerned. Mike is worried about deficit spending in the U.S., noting all of these unemployed people are no longer paying income taxes.

“Nothing in human history has ever happened like this.”

Jobless Claims Explod to Over 6.6 Million in One Week 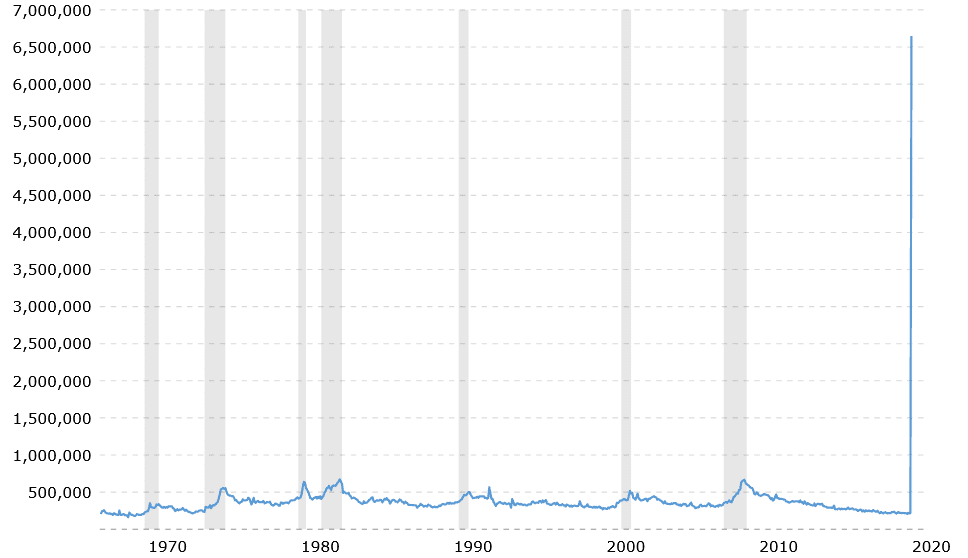 Mike explains that the peak of unemployment following the Great Recession took place in May 2009 – reaching 6,635,000. Last week alone, there were 6,648,000 jobless claims. We are in unchartered territory.

A CNN Money report from way back in May of 2009, explains,

“The report showed that 27% of 13.7 million unemployed Americans have been out of work for more than six months. That marks the highest percentage of long-term unemployed compared to the overall pool of in the 61 years that reading has been tracked.”

Mike argues that as the nation becomes less free and less prosperous, human life expectancy will decline. When measured against the population of the United States, Mike believes it may cause up to 22.22 million premature deaths. He is arguing that shutting down the economy because of COVID-19 is more dangerous than letting the economy fall into Depression. As the millions in jobless claims come in and unemployment spikes above 10%, policy makers will have a decision to make.

Mike is pleading for a more balanced approach. He discusses his use of masks and some timely purchases prior to the outbreak.