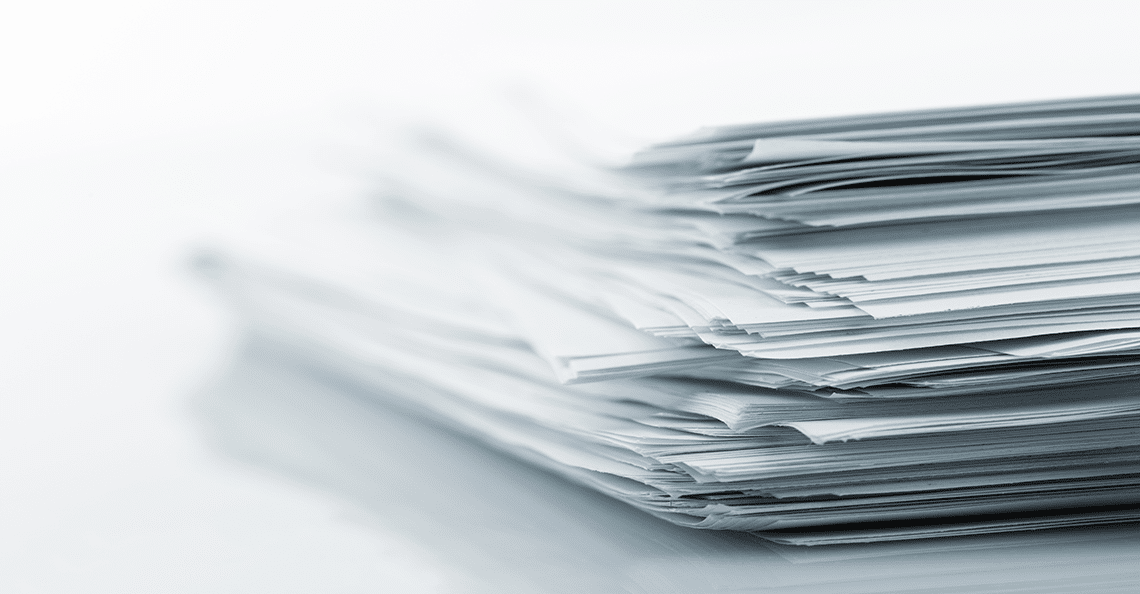 – Ares identifies over 30 mining prospects, for the purposes of short-term and long-term mine and operational planning, over the coming years.

– New mining targets were predicted using geological models and then visually confirmed, will help identify even more fluorspar prospects over the coming years.

– The recent land acquisition resulted in the control of the majority of past producers, prospects, and newly identified targets.

– Our current large database offers Ares the opportunity to select optimum successive mining locations to maximize the efficiency of the future operation.

– Work comprises major component of the Company’s mine plan, and one of the final pieces before planning is completed and construction can begin.

Ares Strategic Mining Inc. (“Ares” or the “Company”) (TSXV:ARS) (OTC:ARSMF) (FRA:N8I1), is pleased to announce the full completion of its fluorspar surveying work, identifying the most prospective mining areas across its 2,100 acre Spor Mountain operation areas.

James Walker, President and CEO of the Company said, “This is an important stage towards completing our mine plan and providing investors with a huge confidence of the potential and abundance of high-grade fluorspar in our area. Compiling this database of prospects also provides Ares with enormous insight into the scale of our project and the long-term operations we can expect from something this size. If these identified pipes are half the average volume of historic pipes, we would be operating for decades before exhausting only these mining prospects. These identified prospects will also be complimented by future exploration work to locate the rest of the fluorspar pipes which were severed by tectonic shifts from these identified targets. A special thank you to our geologist Raul Sanabria for all his hard work compiling all these prospects from data and geotechnical analysis.” 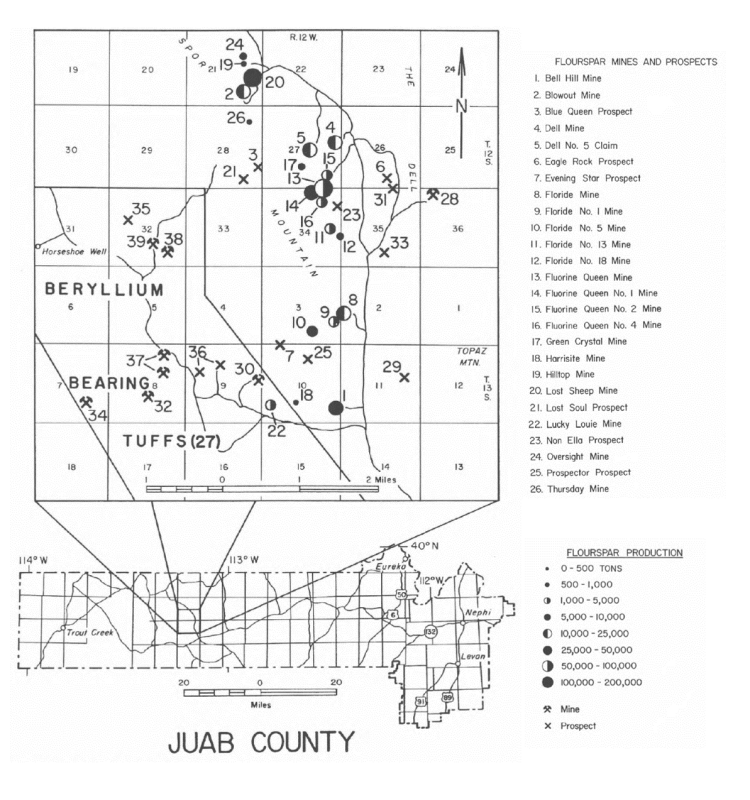 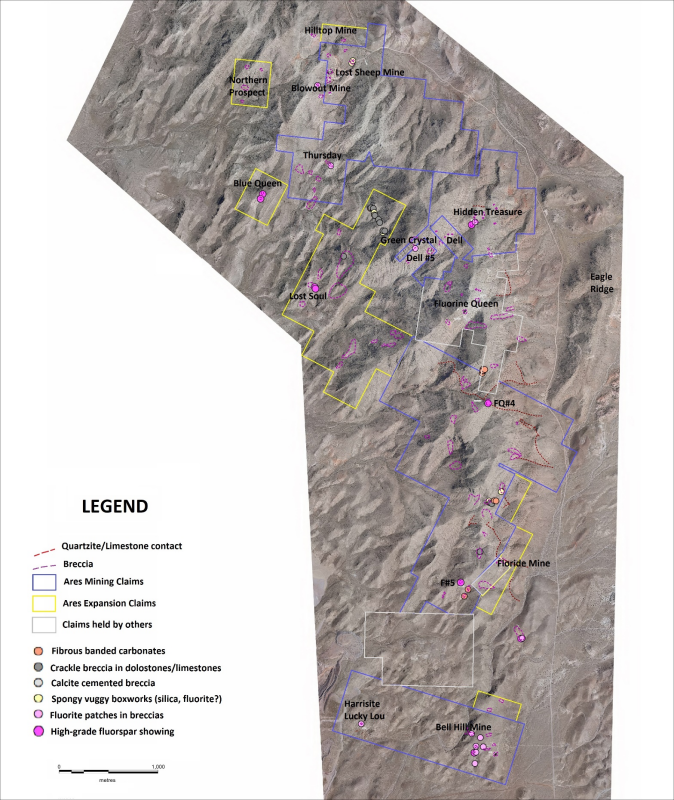 The Company’s lead engineering project manager, Mr. Keith Minty, has asked to settle $20,100 of his Invoices in stock through his Shares for Service Agreement, priced at the time of invoicing, for a total of 80,400 shares. The Company has also completed its non-brokered private placement in the amount (the “Offering”) of 2,400,000 units (“Units”) at a price of $0.25 per Unit for gross proceeds of approximately $600,000. Each Unit shall consist of one common share in the capital of the Company (a “Common Share”).