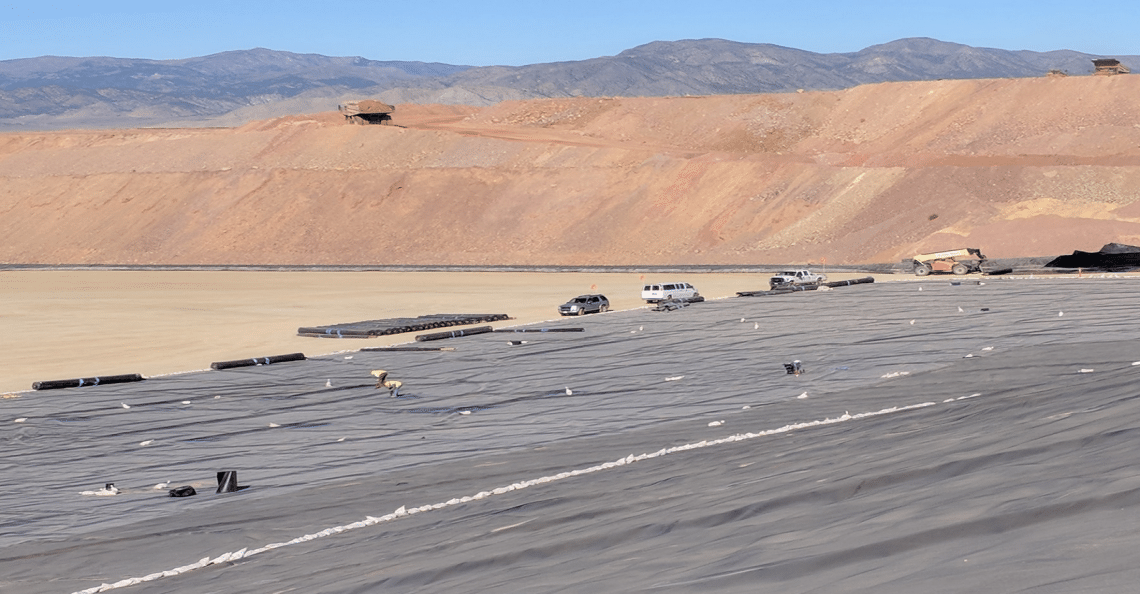 FIORE GOLD LTD. (TSXV: F) (OTCQB: FIOGF) (“Fiore” or the “Company”) is pleased to provide an operational update on its Pan Mine in White Pine County, Nevada. Mine production in October totaled 425,634 tons of ore and 473,803 tons of waste, with the mine now maintaining a consistent mining rate of 14,000 tons per day (tpd) of ore. Gold production for October was 1,809 ounces, a significant increase over the 1,602 ounces produced in September.

Work on the Phase II Leach Pad expansion is nearing completion, with the HDPE liner completely tied in four days ahead of schedule, and placement of crushed overliner material and solution piping advancing well. Photos of the construction progress can be viewed here [Image 1, Image 2, Image 3, Image 4].

Tim Warman, Chief Executive Officer of Fiore, commented: “October was another strong month for the Pan Mine, as our team transitioned from the restart and ramp-up phase to steady-state mining. Monthly gold production continues to climb, costs are in line with budget, and the mine is now generating operating cash flow. We are especially pleased with the progress on the new leach pad expansion, which will double our leach pad capacity and should improve overall leach performance.”

Early in 2018, Fiore will use a portion of the new leach pad to construct two test cells of approximately 10,000 tons each in order to compare the leaching characteristics of crushed vs. run of mine (ROM) ore. The testing will utilize the crusher currently on site to produce overliner material. Previous laboratory-scale tests have suggested that the addition of a crusher circuit would increase gold recoveries at Pan, particularly from the harder, more silicified North Pit ore. Results from this field test should be ready by mid-2018, and will help determine if the addition of a crushing circuit is warranted.

Exploration work aimed at increasing the resource and reserve base at Pan is also ongoing, with a number of drill targets identified proximal to both the North and South Pits. Drilling is expected to commence in early 2018.

Fiore’s goal is to build on the existing operations at our Pan Mine in Nevada to become a 150,000 ounce/year gold producer. To achieve this, we intend to:

The scientific and technical information relating to Fiore Gold’s properties contained in this press release was approved by Ken Brunk (MMSA) Fiore Gold’s Chief Operating Officer and a “Qualified Person” under National Instrument 43-101.

Cautionary Note Regarding Forward Looking Statements
This news release contains “forward-looking statements” and “forward looking information” (as defined under applicable securities laws), based on management’s best estimates, assumptions and current expectations. Such statements include, but are not limited to, the plans for future exploration, development or operation of the Company’s other projects, the goal to become a 150,000 ounce/year gold producer, future estimates, expected trends and other statements, estimates or expectations.  Generally, these forward-looking statements can be identified by the use of forward-looking terminology such as “expects”, “expected”, “budgeted”, “targets”, “forecasts”, “intends”, “anticipates” and similar expressions which by their nature refer to future events.  These statements should not be read as guarantees of future performance or results.  Such statements involve known and unknown risks, uncertainties and other factors that may cause actual results, performance or achievements to be materially different from those expressed or implied by such statements, including, but not limited; risks related to international operations; risks related to general economic conditions, actual results of current exploration activities, unanticipated reclamation expenses; changes in project parameters as plans continue to be refined; fluctuations in prices of metals including gold; fluctuations in foreign currency exchange rates, increases in market prices of mining consumables, possible variations in ore reserves, grade or recovery rates; failure of plant, equipment or processes to operate as anticipated; accidents, labour disputes, title disputes, claims and limitations on insurance coverage and other risks of the mining industry; delays in the completion of exploration, development or construction activities, changes in national and local government regulation of mining operations, tax rules and regulations, and political and economic developments in countries in which Fiore operates, and other factors identified in Fiore’s filing with Canadian securities regulatory authorities. Although Fiore has attempted to identify important factors that could cause actual results to differ materially from those contained in forward-looking statements, there may be other factors that cause results not to be as anticipated, estimated or intended. There can be no assurance that such statements will prove to be accurate, as actual results and future events could differ materially from those anticipated in such statements. The forward-looking statements and forward-looking information are made as of the date hereof and are qualified in their entirety by this cautionary statement.  Fiore disclaims any obligation to revise or update any such factors or to publicly announce the result of any revisions to any of the forward-looking statements or forward-looking information contained herein to reflect future results, events or developments, except as require by law. Accordingly, readers should not place undue reliance on forward-looking statements and information. Please refer to Fiore’s most recent filings under its profile at www.sedar.com for further information respecting the risks affecting Fiore and its business.

To view this press release as a PDF file, click onto the following link:
public://news_release_pdf/FioreGoldNov272017.pdf