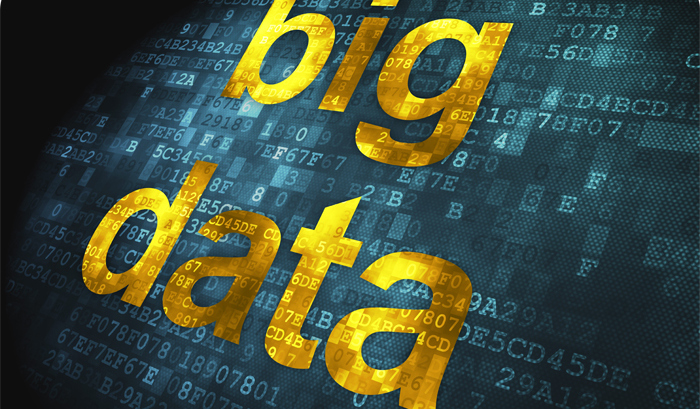 Consider this: According to UC Berkeley, from the beginning of human civilization until the end of 2002, the amount of data/information the world produced was the equivalent of 5 billion gigabytes. That amount of data, ranging from information on scrolls in ancient times to software of the 90’s, could be stored on 5 billion DVDs.

According to Dr. Kirk Borne, a data specialist and one time rocket scientist for NASA, that same amount of data, produced from the start of human civilization until the end of 2002, was created in the calendar year of 2003! Dr. Borne continued in his TEDx speech“…in 2011 we created the same amount of information every two days…”
source: https://www.youtube.com/watch?v=Zr02fMBfuRA

In 2013, the same amount of information was created every ten minutes!

This is the definition of information overload… we have hit the point where it is no longer humanly possibly for an individual, organization or government, to arrange a narrative for even 1% of one major industry’s data with its personnel. And the growth rate won’t slow down anytime soon.

As prices for smartphones, cloud services and tablets continue to decline, more information will be shared.

Look at it like this: computers, tablets and smartphones provide the pipeline infrastructure people need to send information. In other words, the pipes have now been built and are accessible for everyday people.And mobile device penetration in the developed world is near 95%. This degree of communication infrastructure never existed even 5 years ago… as such, the growth prospects within the data sector look incredibly bullish.

The amount of data being created every day, thanks to the growth of the internet, social media and the worldwide adoption of smartphones, has gone parabolic. It is expected that by 2015, the same amount of data the world produced from the start of civilization until the end of 2002 will be created every few seconds…

So who is cashing in on this data overload?

Before we get in to how investors and entrepreneurs have been cashing in on Big Data technology in recent months, let’s explain what it is:

Collecting information and evidence, then creating a hypothesis or answer is what Big Data is all about. The better narrative and prediction a Big Data technology can make, the bigger its price tag could be. And many of the biggest companies in the world have been on a shopping spree for Big Data technology.

As an example of this amazing technology in action, Walmart’s big data centre, according to Dr. Borne’s presentation at TEDx, discovered that during weather storms and potential natural disasters, strawberry pop tart sales increase 7-fold. By gathering all the information from its stores in storm-prone regions (i.e. sales revenue per store, different items sold, the season in which sales increase and decrease, which days experienced unexpected increases in sales, etc.) Walmart’s Big Data technology provided a narrative for its executives that gave a prediction (with precision accuracy) as to what items sell well, and when (in this case, what items sell the best in storm season).

From predicting likely terrorist targets, to what kind of snack one may buy on a Friday night, to what stock could increase in value if the weather gets cold tomorrow, Big Data’s industry potential is endless at the moment.

Quite literally, every industry in the world is now using Big Data technology. From the military, stock markets, governments, the largest banks in the world, to grocery stores and social media companies, Big Data is transforming the world of commerce in incredible ways. For example, the foundation behind the best of the best artificial intelligence comes from Big Data technology. The elite trading algorithms, as you may suspect, also use Big Data. 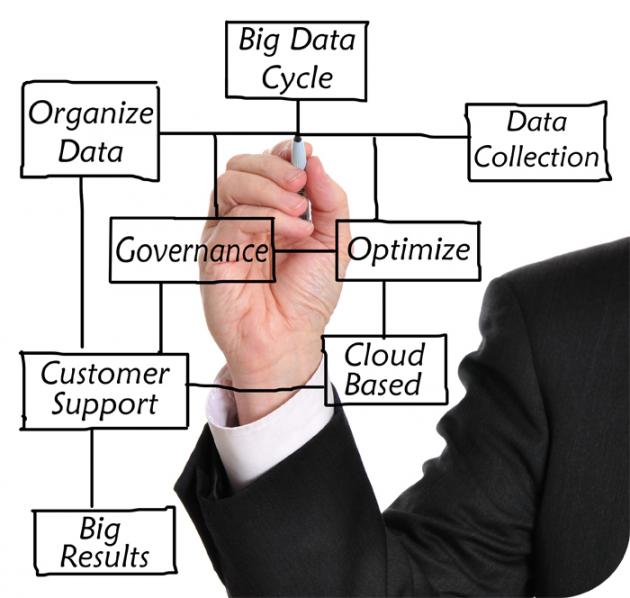 Firms which use Big Data technology, specifically ones which are heavy marketers, have seen between a 10% and 20% increase on their marketing return on investment. According to a Gartner Survey conducted last year, 64% of organizations have already purchased or are planning to invest in big data solutions in 2013. Of that 64%, 30% have already invested in big data tech, 19% plan to invest within the next year and another 15% plan to invest within two years.

Below is a fantastic interview from CNBC on Big Data technology. Colin Mahony, HP vice president & general manager, concisely explains the limitless potential of Big Data technology and why it has grown so fast. (click image to watch)

In our chaotic information world, Big Data technology simplifies things; and it is now the number one driver of discovery and revenue, according to Dr. Kirk Borne, a Multidisciplinary Data Scientist who once worked for NASA. It is reasonable to speculate that within 3 to 5 years Big Data technologies will impact nearly every facet of our lives…

The White House is All Over Big Data

In January of this year, President Obama asked members of his administration to conduct a 90-day study to examine how Big Data will transform the way we live and work and alter the relationships between government, citizens, businesses and consumers. 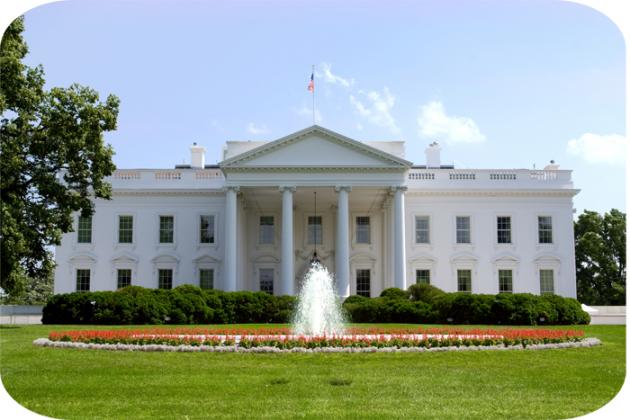 On May 1st, the administration completed and released their study for the President. According to the report, the review focused “on how the public and private sectors can maximize the benefits of big data while minimizing its risks. It also identifies opportunities for big data to grow our economy, improve health and education, and make our nation safer and more energy efficient.”

The report went on to state “Properly implemented, big data will become an historic driver of progress, helping our nation perpetuate the civic and economic dynamism that has long been its hallmark.”

“…big data reshapes the world around us.”

Buyouts, Investments and Acquisitions in the Big Data State

As mentioned, some of the world’s biggest companies have been on a shopping spree for Big Data technology and related innovation opportunities in recent months. We’ve provided just a handful of the buyouts and investments below:

Apple and Twitter bought these startups’ Big Data technologies because there are now roughly 500 million tweets per day – far too much information to monitor, but the user content being created is literally worth billions as it provides corporations with exceptional consumer intelligence. Big Data technology provides insight, a narrative and predictive analyses for consumer activity from tweets… that’s just one novel example of what it can do.

The Financial Industry is in Love with Big Data Technology

WSJ continued in that same article:

In Europe alone “Payment processing companies, financial software and businesses that provide big data systems to banks proved particularly popular, with 14 of those businesses raising €166 million over the three-month period, according to data from Dow Jones VentureSource. The previous time the sector attracted such levels of investment was the second quarter of 2000, when 42 companies raised €263 million” reported the WSJ.

In that same report from April 28th, WSJ reported “However, Europe lags behind the US, where 36 fintech [financial technology] companies raised a total of $1.3 billion in the first quarter of the year.”
source: http://blogs.wsj.com/digits/2014/04/28/vc-investment-in-european-fintech…

Fintech – A new Buzz word you need to be aware of…

“Financial technology – dubbed ‘fintech’ – start-ups have become increasingly popular with venture investors over the past year, as many of them attempt to transform the way consumers and institutions carry out financial tasks” reported the Wall Street Journal.
source: http://blogs.wsj.com/digits/2014/04/28/vc-investment-in-european-fintech…

The future of fintech and its evolution will be heavily dependent on using big data. In fact, it already is.

Dating back to the summer of 2012, the leaders of fintech innovation were focused on big data solutions for the financial marketplace. According to Finextra,

“The world’s leading financial institutions understand that mastering ‘big data’ is critical to their success,” said Bob Gach, global managing director of Capital Markets at Accenture. “Information is the lifeblood of financial services. As we enter a new age of big data and the proliferation of social and mobile networks, banks will need to leverage emerging analytical technologies and learn from the critical lessons of other industries, such as intelligence and defense. Big data and analytics will play a central role in helping institutions reduce risk, identify growth opportunities and rebuild profits…”

“A report published in March from Accenture showed that global investment in fintech ventures has more than tripled during the last five years, from under $930 million in 2008 to more than $2.97 billion in 2013”stated the Wall Street Journal. That’s more than a 200% increase in investment from just one industry over a five year period. That is staggering growth in investment, especially considering that during that same time period companies have been criticized for not investing and hoarding their cash.
source: http://blogs.wsj.com/digits/2014/05/20/hsbc-ubs-ramp-up-investment-in-fi…

Selling financial data and analysis to banks and investment firms is big business, valued at approximately $15 billion and growing at roughly 5% annually, according to some industry estimates.

CapGemini is one of the world’s foremost providers of consulting, technology and outsourcing services. Present in 40 countries with more than 120,000 employees, it stated “Big Data is now a game changer and its potential is just starting to be realized.”

Ever wonder why a company like Facebook would acquire WhatsApp, a messaging app with at most *300M in revenues according to Adam Hartung, in a deal valued at $19 billion?
*source: http://www.forbes.com/sites/adamhartung/2014/02/24/zuckerbergs-3-smart-l…

It’s simple, really. Whatsapp provides Facebook with the opportunity to glean market intelligence from Whatsapp users via Big Data technology. Growing at an astonishing rate, and of interest to a younger demographic, Whatsapp provides incredibly valuable information for advertisers. 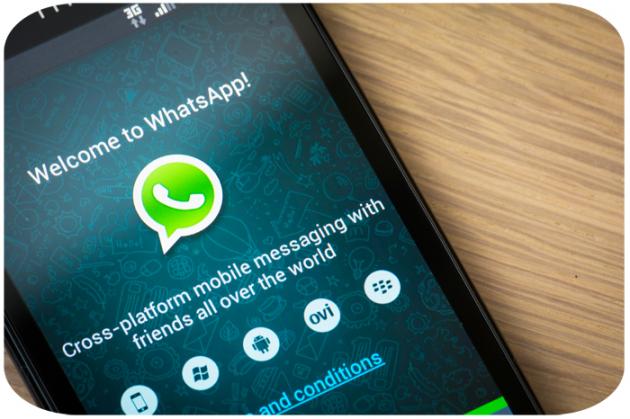 The unique content created by social media users is valuable from a marketing/retail perspective, among many other things. And the Whatsapp acquisition, combined with Facebook’s acquisition of the ad analytics company Atlas, makes perfect sense. Both acquisitions occurred around the same time and compliment each other perfectly. Combine a large audience that creates a massive amount of content with cutting edge Big Data technology and you have a marketers dream…

Anytime a particular industry becomes a hotbed for buyouts, investors flock – and why not? Being venture investors, this is what we wait for. In 2010 the buyout speculation fever in the junior resource sector hit dizzying heights and many investors reaped massive rewards. Big Data, according to Forbes contributor Bruce Upbin, is currently an $18 billion market and is expected to reach $50 billion in just five years. Buyouts in this space will likely continue for some time and the growth projections speak for themselves.

We have found our bet in the Big Data and analytics sector and will be introducing our new Featured Company this week. This company has been recognized by media as well as a US government organization for its work. Stay tuned…