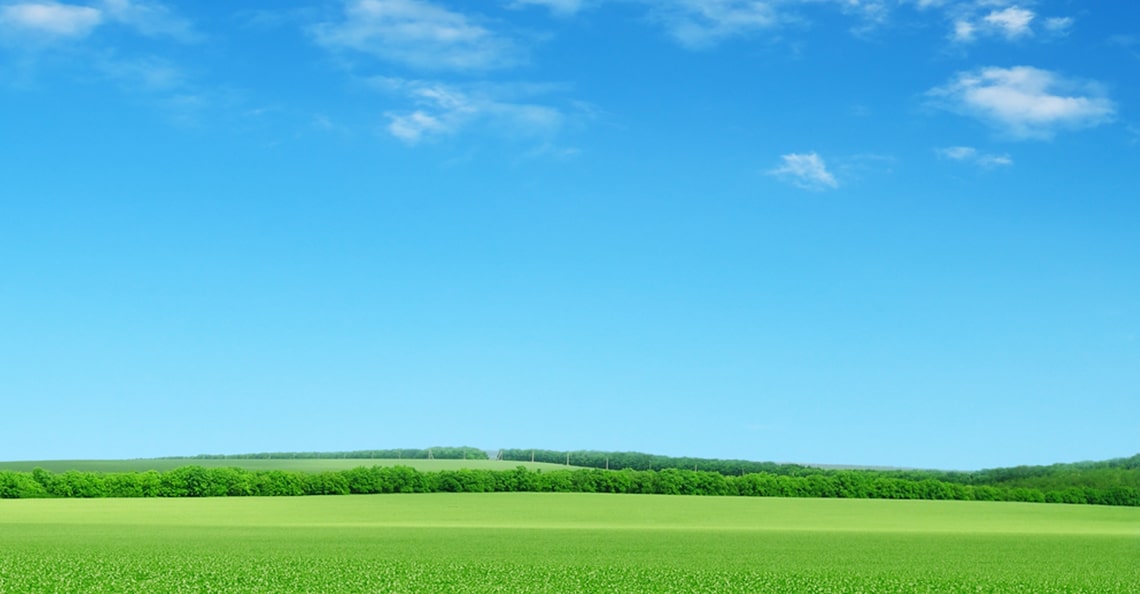 In the name of “the common good” skeptics disseminate all sorts of fears, including the fear of an unemployment tsunami were jobs to be lost to artificial intelligence.

But is this justified? Is it in fact true that disruptive technology is the grim reaper of the labour market?

It depends. And you shouldn’t be scared of it.

In an interview with Mckinsey Global Institute, Harvard University economics professor, Richard Cooper, was pressed about whether or not new technology tends to create more jobs than it destroys. He answered:

“…it’s true that new technology often destroys existing jobs, but it also creates many new possibilities through several different channels. Think of cloth making back in the early 19th century or automobile making in the early 20th century. All kinds of supplementary industries, all kinds of new possibilities. And don’t forget demand. If goods become cheaper, speaking in general terms, people want more of them.”

Many jobs will become obsolete due to technological advances, and they will have to give way to new, more economical/productive jobs.

Take the automobile industry for example, which pretty well wiped out the entire industry of carriages and horses. Mind you, that extinction didn’t happen overnight…

In an article on LinkedIn, Microsoft President, Bradford Lee Smith, reminded readers that:

“In 1890 there were 13,800 companies in the United States in the business of building carriages pulled by horses. By 1920, only 90 such companies remained.”

It took about 30 years for horses and carriages to go belly up in the U.S. Look at the unemployment chart in the United States during those years of transition from carriage to car.

Note: A depression hit the U.S. economy from 1893 – 1897 and it was unrelated to carriages evolving into cars.

For much of the time between the turn of the century and the beginning of the Great Depression, unemployment in the U.S. stayed under (sometimes well under) 10% until the American economy collapsed in the fall of 1929.

So, just how detrimental was the emergence of the automobile industry to the U.S. labor market? From the looks of things, it was anything but…

Disruptive Technology and the Labour Force

Take, for example, the computer…

After the invention of the mainframe computer, it took roughly 40 years for personal computers to come on the scene — which brought sweeping changes to industries across the board.

Computational analysis and communication became way faster with mainframe computers, but to own one you had to have roughly US$200,000, about a quarter-acre air-conditioned room, and a team of expert staff to run the darn thing. It didn’t stand a chance commercially — until 1971 when the first personal computer was unveiled with a price tag of approximately US$750.

The rest is history. Personal computers brought about a global revolution in industry and commerce, and not surprisingly in the labour market as well.

A study from the National Bureau of Economic Research in the U.S., reported that,

“The rapid spread of computer technology in the workplace may explain as much as 30 to 50 percent of the extra growth in the demand for more-skilled workers since 1970, according to a study by David Autor, Lawrence Katz, and Alan Krueger. ”

The same report concluded that:

“To a substantial extent, the computer revolution explains the increasing wage gap that started to develop in the 1980s between those with a college education and those with a high-school education or less.”

Clearly, the proliferation of computers in the workplace was a key driver behind the increasing gap in the wages of skilled workers relative to low or unskilled workers. One of them was in high demand, the other, not so much.

Introducing the Next Disruptor

With computers, and information technology in general, everything became quicker. Communication is now almost instantaneous, commerce is seamless, and yes, the pace of change is faster too.

So, the barrage of disruptive innovations the world has seen since the 70s should come as no surprise. Smartphones, P2P commerce, streaming technology are all innovations from the last 20-30 years, and their scope of influence continues to grow.

“An innovation that is disruptive allows a whole new population of consumers at the bottom of a market access to a product or service that was historically only accessible to consumers with a lot of money or a lot of skill.”

And just like it happened with automobiles and the personal computer, drones are now swooping down on organizations across several markets. Until recently, drones were practically limited to industries under the exclusive control of government agencies — think military and defence applications.

Unmanned aerial vehicles have been around since the mid-19th century, but the first modern, purpose-built drone was not developed until sometime in the 1930s. From then until 2006, drones were exclusively for military applications and were not even allowed in civilian airspace.

The fame (or infamy) of drones grew quickly in the early 2000s, during President Bush’s war on terrorism, as several media outlets raised concerns about a potential abuse of power given the alleged increase in drone strikes on civilian populations in the Middle East.

Compare the perception of drones then to where things stand today…

Ever since drones were first permitted in US civilian airspace, they have seen tremendous growth in sales and production; and they continue to attract attention from more sectors of the economy than most would have imagined.

The Statista chart below shows the global unit shipments of consumer drones in the last 5 years:

Now get a load of the 10-year revenue forecast for drones worldwide between 2016 and 2025.

Growth in the drone market has been impressive in recent years, and it appears poised to continue. A Market Analysis Report from April 2021 by Grand View Research reported that,

Hard to think of another sector that’s forecasted to grow as fast.

According to The Computing Technology Industry Association’s (CompTIA) research report on the drone market from 2019:

“Emerging markets for drone technologies include agriculture, oil/gas, real estate, government, transportation, entertainment and media, telecommunications, and mining. Adoption in the SMB community is also rising due to the competitive advantages and cost efficiencies of drones.”

Another important advantage of drones that’s garnering greater interest from industry practitioners is in the area of safety — almost ironic when compared with initial impressions of drones. The CompTIA report highlighted that,

“Drones are increasingly being used to perform tasks that endanger people, including search and rescue activities and surveys of elevated infrastructure such as potentially unstable roofs and damaged power lines. Organizations can easily justify investments in drone technologies if they can reduce or eliminate safety risks for employees and others.”

Still on the subject of safety, another boost to the drone industry has been the recent pandemic-fueled demand for remote services. This has opened up the possibility of drone services to an even wider audience.

In his article, featured on Fortune magazine on the impact of Covid-19 on the drone industry, Aaron Pressman reported that:

“‘COVID of course caught everyone by surprise, but what we’ve seen is an acceleration of drone adoption trends,’ says Jan Gasparic, director of strategic partnerships at leading drone maker DJI.

About 60,000 developers are working on drone applications with DJI, including pipeline inspection apps to 3D mapping. Applications related to critical infrastructure and first responders have been particularly hot during the pandemic. “That kind of stuff can’t go on pause,” Gasparic says. “That’s where drones have really come into their own.’”

DJI is arguably the best-known drone manufacturer in the world.

The article also reported on a drone startup in San Francisco that saw a large increase in business during the pandemic:

“…DroneDeploy has a program that analyzes drone footage of farmers’ fields and helps make recommendations about when to apply pesticides. The number of agriculture flights has tripled over the past three months…

‘Drones are kind of the perfect socially distant worker,’ says DroneDeploy CEO Michael Winn. ‘They can collect data and share it with people who aren’t present.’”

With more organizations placing a higher premium on health and safety, it stands to reason that industry leaders are turning to drone services in search of cost-effective and safer solutions.

Moreover, the amount of data drones can collect could be of tremendous value to companies and their bottom line.

The AI Effect on Drones

In an interview with Nature, Prof. Grant Hamilton, a quantitative ecologist and researcher, whose team uses drones carrying thermal cameras and artificial intelligence to locate koalas in the gum tree habitat, commented that,

“When you or I go out in the bush and look for koalas we see about 20% of them. An expert, looking from the ground, will find about 70%. We use a high-resolution thermal camera carried by a drone, and putting that together with machine learning, have achieved even better results.”

A neat example of drones and AI combining to provide better wildlife surveillance.

But what if AI can do the unthinkable and eliminate the need for drone pilots altogether?

Three months ago, Forbes‘ Thomas Brewster reported on an initiative founded by Google veterans and backed by ~US$340 million from major American VCs:

“Three years ago, Customs and Border Protection placed an order for self-flying aircraft that could launch on their own, rendezvous, locate and monitor multiple targets on the ground without any human intervention.”

The article went on to report that,

“This year, America’s border police will test automated drones from Skydio, the Redwood City, Calif.-based startup that on Monday announced it had raised an additional $170 million in venture funding at a valuation of $1 billion.”

Skydio’s Autonomy Engine is already here, and it’s available to any developer who wishes to devise commercial drone applications off the platform.

The Road Ahead for Drones and the Labour Force

Every decade or so, a new technology emerges that raises fear of major change in certain sectors. Automobiles have done it, and personal computers and AI are doing it now.

Once feared as the instrument of advanced warfare, drones have become the ace in the hole for many companies looking for safety, efficiency and a competitive advantage in their field of operation.

In their 2013 report, The Association for Unmanned Vehicle Systems International (AUVSI), projected that the drone industry will create 100,000 new jobs by 2025 in the U.S. alone. The chart below from CompTIA illustrates the workforce growth in the U.S. drone market from 2015 – 2018 (bear in mind, there has been tremendous growth since 2018).

With approximately 57% CAGR forecasted by Grand View Research in the next 6-7 years, the growth potential for the commercial drone market is stunning to say the least. And, like many disruptive and sometimes feared technologies before it, the drone market will likely help create jobs and not hurt the labour force on a net basis.