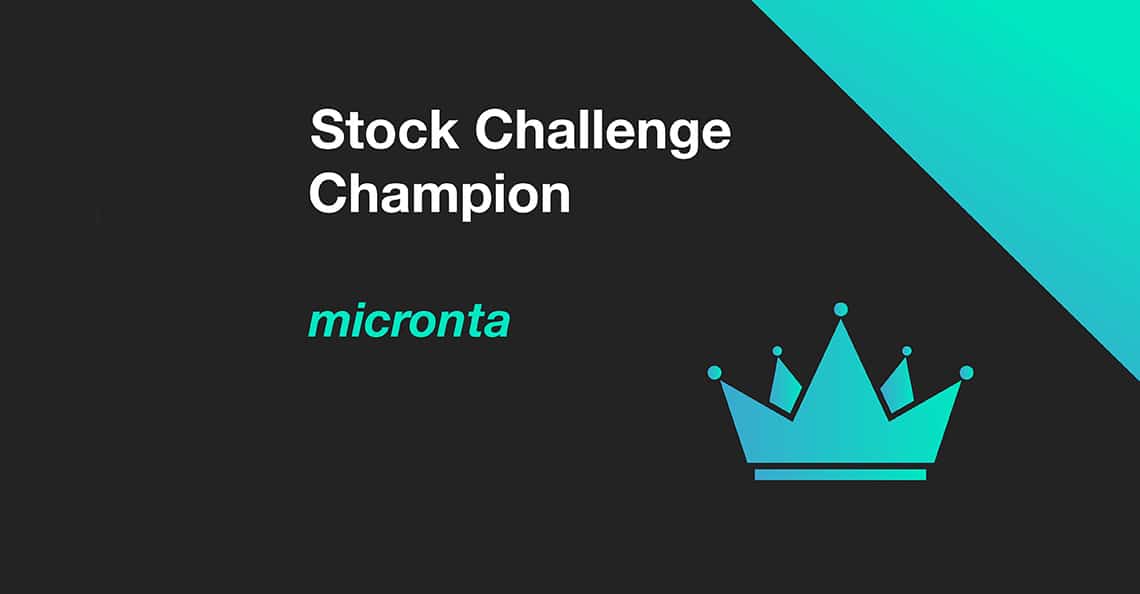 Storied member ‘micronta‘ has captured the crown once again, winning September’s Stock Challenge. The long-time member selected little-known Theglobe.com (OTCPK: TGLO) which took off in the last ten days of the month – gaining 229% in September. It’s also worth noting that micronta is currently ranked as #1 in the all-time rankings of Stock Challenge — no easy feat! And it’s never easy staying on top, just ask the previous 12 all-time leaders, some of which no longer remain in the top 100 all-time.

Despite the worst September for stocks since 2008, micronta put up a combined average return of 94.8% to win in a landslide. His selection is ironic, given its history and the recent collapse of tech stocks on the NASDAQ. Theglobe.com, while on fire this month, knows a few things about collapsing…

Theglobe.com | A History Worth Remembering

The initial rise and fall of Theglobe.com over twenty years ago is almost movie-worthy. A couple of undergraduates from Cornell founded a programming company back in the late 90s that ultimately went public just as the Dot.com bubble was reaching its peak. The story is quite remarkable.

“In 1998, plans were made to take the company public. On Friday, November 13, 1998, theGlobe.com issued its IPO. The stock’s target share price was initially set at $9, yet the first trade was at $87 and the price climbed as high as $97 before closing at $63.50. At the end of the trading day, the company had set a record for IPOs with a 606% increase over the initial share price. The company floated 3.1 million shares, raising $27.9 million and bringing its market capitalization to over $840 million.”

Not bad for a couple of college kids who originally raised just $15,000 to get the business up and running. But, what goes up…

“As investors grew increasingly skeptical of the “new economy”, share prices began to decline rapidly. theGlobe.com saw its share price drop from a high of $97 to less than 10 cents and its market capitalization shrink by more than 95% to around $4 million in 2001.”

A member for well over ten years, ‘micronta’ last won Stock Challenge in May of 2020 after selecting Remark Holdings (NASDAQ: MARK) which jammed 363% on the month to deliver the victory. Since then, micronta has put up three Top 10 Finishes, including 8th place in December of 2020, 2nd place in October of 2021, and 7th in January of this year. A star within our Challenge, micronta is always worth keeping an eye on.

The race for runner-up was a crazy one as ‘Joshua phelan’ was holding in second with a 35% combined average return in the morning, but it was not to be…

As the markets cratered late in the day, member ‘Scott’, whose bear bets of SQQQ – Ultrapro Short QQQ Proshares and SOXS – Semiconductor Bear 3X Direxion paid off. Scott’s combined average return jumped up to 41% in the final minutes of trading.

Member ‘Scoby13’ rounded out the top three with the selection of Akumin Inc. (AKU) — returning 35.07% on the month.

With every North American exchange under heavy pressure, the solid returns of our Top 20 are all the more impressive this month. Despite the worst September since 2008 for US stocks, our members managed to find gems – proving once again that there is always a way to make money, in any market. 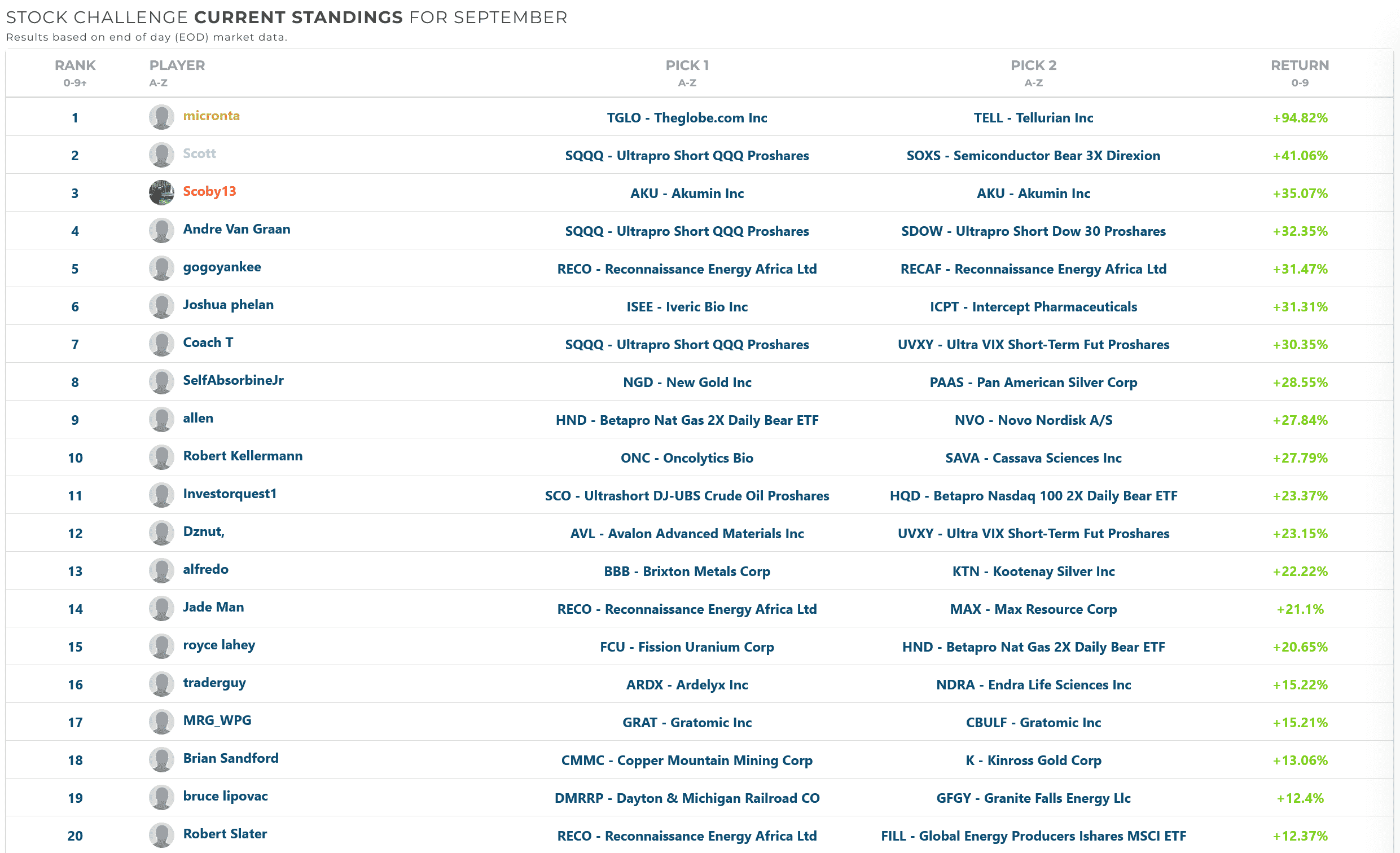 Be sure to get your picks in for October’s Stock Challenge this evening! There are just 4 hours remaining to enter…