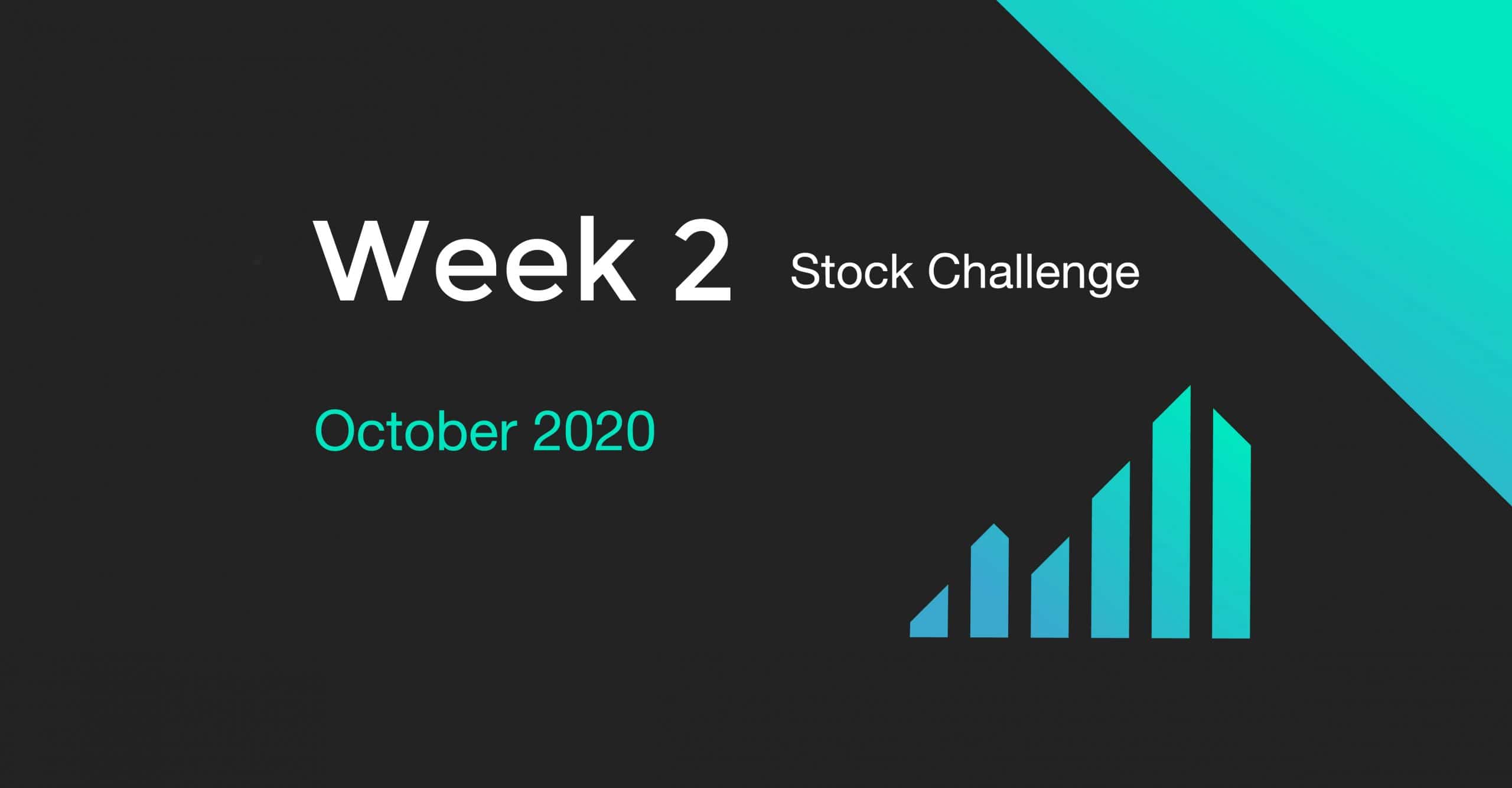 Well, folks, that concludes the second week of the October 2020 Stock Challenge! Member ‘FlashCMA’ (71.15% return), a leading contestant for much of this month’s challenge, has finally been overtaken by member ‘thomas woodman’ (74.21% return). Not much further behind is third place member ‘MIC’ (69.64% return). Considering how tight the race is between these three, it should be an interesting couple of weeks ahead…

Although it started out as a subdued month for Stock Challenge, things appear to be turning around; the Stock Challenge Index (SCI) is now trading around 5%, down from a high of roughly 6%. Another positive sign is the fact that all exchanges featured in this month’s challenge (in terms of stocks selected) are in the green. This is a night and day difference in comparison to last month when every exchange was in the red except for the CSE!

Jumia Technologies Breaks Out While Sona Nanotech Breaks Down

African e-commerce platform Jumia Technologies rose 17.89% from US$12.91 to US$15.22 after trading roughly 36 million shares today. The company last announced on October 9, 2020, that it had partnered with Mondia to launch a new gaming service in Egypt, Nigeria, Morocco, Kenya and Ghana.

“With the subscription-based service, JumiaPay consumers will have full access to Jumia Games with thousands of high quality games such as CR7, Ben10, Tom and Jerry and Cartoon Network games.

‘The gaming industry is expected to grow at a CGAR of 12% (https://bit.ly/3iFsETr) until 2025 and with more than 200 million Africans who are below the age of 35, the continent has tremendous potential in the mobile gaming segment,’ said Dr Amadeo Rahmann, CEO of Mondia.”

This comes just over a week later after Jumia announced that it was launching a food festival to promote meal ordering and support local restaurants.

“The campaign is organized in partnership with local restaurants and supermarkets, as well as blue chip international restaurant chains such as KFC, Burger King and McDonald’s. The objective of the campaign is to promote the adoption of meal and food ordering among consumers, which have become increasingly popular in the last few years. The event is also aimed at supporting restaurant businesses and the overall food ecosystem, as these have been severely affected by COVID-19 lockdown restrictions, resulting in less capacity, fewer opening hours and sometimes shutdowns.”

Sona Nanotech fell -13.41% from C$9.17 to C$7.94 today. The company last announced on August 31, 2020, that it had engaged a sports marketing partner, Bonham/Wills & Associates, to secure a concussion test development partner.

“The Sona concussion test will detect the presence of GFAP, (Glial fibrillary acidic protein), a biological marker associated with concussions, typically released into the blood stream within minutes of an impact to the head. GFAP appears at trace amounts within minutes following a head impact, and the ability of Sona’s proprietary gold nanorod technology to detect biomarkers at very low levels is ideally suited for such a test.”