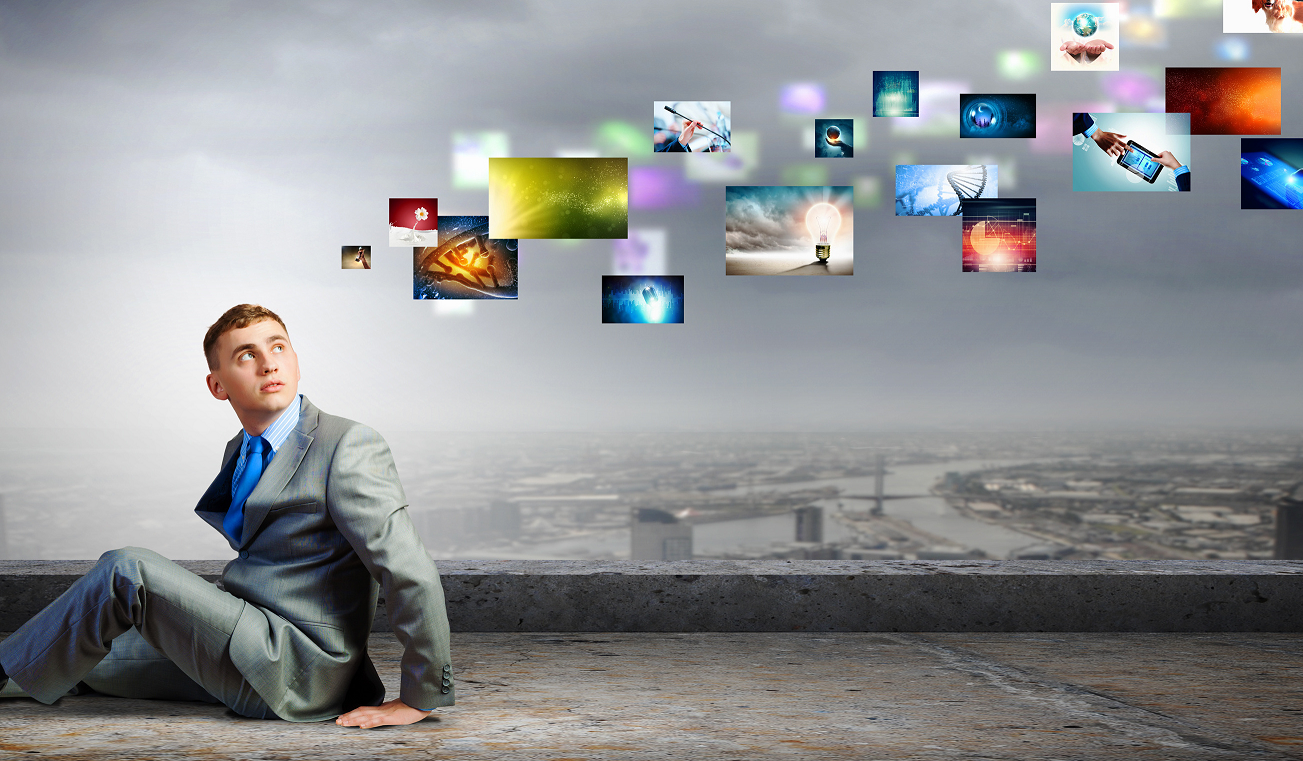 TMT, formally known as the technology, media and telecommunications sector, is experiencing exponential growth in funding from VCs, private equity and, of course, retail investors. This rise in available capital has had a direct impact on the TSX Venture, as funding and liquidity reach multi-year highs for tech stocks.

The growth in investment capital for the TMT sector is being driven for numerous reasons.

While there is no single reason for this shift, much of it can be attributed to our socioeconomic environment which values instant information, entertainment, higher education and efficiency. The ever changing investment landscape is a reflection of our evolving demands as a society. Laws and government regulation dictate the flow of investment capital as well. Additionally, with many commodity prices flat lining or crashing over the past 24 months, interest has shifted in Canada to tech.

The investment community in 2014 has been rewarding technology startups that can deliver, at minimum, one of what we have dubbed the Three E’s:

1.    Entertainment
2.    Efficiency improvement
3.    Enable (the enablement factor adds a new technology to an old which allows it to perform tasks that would otherwise be impossible)

A few junior tech stocks which have dominated liquidity and/or returns in 2014 on the Venture include *Sphere 3D, *POET Technologies, *Slyce and *Vogogo; what these companies have in common is that they aim to harness at least one of the Three E’s with their technology in various markets.

*We have no vested interest in any of these companies

In the last 12 months, the TMT sector has been moving very fast, even for a space that has always been known to evolve quickly. The last 12 months has seen boundaries pushed like never before. This is due to the massive increase in investment capital pouring into the industry.

As we’ve stated before, when you figure out where the money is headed, you’ll find the news. And good news leads to profits.

Potential for rising investment in TMT Sector is strong

A perfect example of the heightened speculation and investment in the TMT sector can be seen in tech startup Magic Leap. The company is focused on augmented-reality technology and was valued at roughly $2 billion on October 21st, after it was announced Google was becoming its largest investor. Google is providing a cash injection of $542 million to the young tech company. Magic Leap has no revenue and, currently, no products on the market.

Few details are known about the company, other than it plans to revolutionize computing by creating an interactive experience.

Rony Abovitz, the company’s CEO and founder, recently commented that, “Magic Leap is going beyond the current perception of mobile computing, augmented reality, and virtual reality. We are transcending all three, and will revolutionize the way people communicate, purchase, learn, share and play.”
Source: http://dealbook.nytimes.com/2014/10/21/google-invests-in-magic-leap-an-a…

Magic Leap could potentially hit on every one of our Three E’s listed above. As such, its valuation is incredibly high. 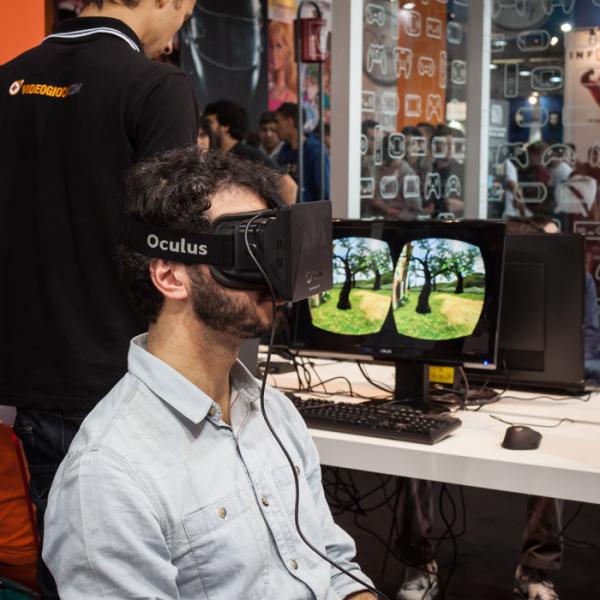 Facebook Founder and CEO, Mark Zuckerberg, made this statement after acquiring VR creator Oculus for $2 billion:

“There are not many things that are candidates to be the next major computing platform,” he said. “[This acquisition is a] long-term bet on the future of computing.”
source: http://www.technologyreview.com/news/525881/what-zuckerberg-sees-in-ocul…

The fast pace and unpredictable potential of the tech sector has excited venture capital throughout the world for years and is finally spilling over onto the TSX and TSX Venture – arenas typically known for natural resource and financial institution investing.

Two weekends ago we released a report titled Which Canadian Small-Caps are Fundable? In that volume the shift from traditional mining/exploration plays to high tech and energy, specifically from a funding and liquidity standpoint on the TSX Venture, was evaluated.

In respect to the TSX Venture, tech companies (Clean Tech & Renewable Energy, Life Sciences and general technology companies) make up approximately 12% of all issuers. However, they were responsible for roughly 24% of all the money raised from Jan. 1 to Aug. 31st 2014, according to the recent MiG report.

Click here in case you missed Which Canadian Small-Caps are Fundable?

This trend doesn’t end in the public sphere. A growing number of private equity firms have been putting an emphasis on investment in the TMT sector. 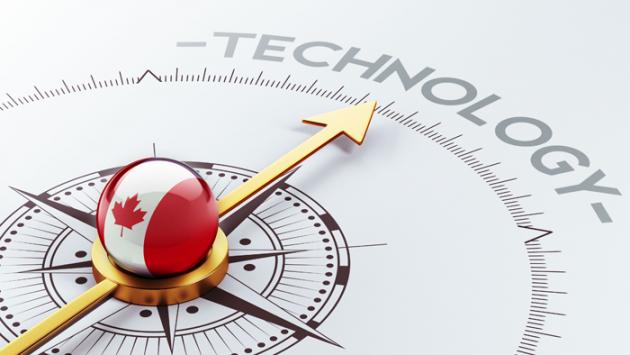 “Respondents overall are bullish about an increase in private equity activity over the next 12 months, with 87% of respondents expressing confidence in a near-term increase in buyout activity and 72% expecting fundraising prospects to improve in the next year.”

“Survey respondents expect the consumer and integrated TMT sectors to have the best opportunities for private equity. Interest in the integrated sector is driven by technology investments, which comprise 75% of year-to-date TMT buyouts. There were 149 TMT buyouts worth approximately US$28bn so far this year.”
source: http://www.duffandphelps.com/intl/en-ca/Pages/newsDetail.aspx?itemID=624…

Speculative valuations are derived from buyouts, financings and market peers (comparables); if Company XYZ, involved in virtual reality gaming, is bought out for $50 million, then Company ABC, which operates in a similar capacity with comparable capabilities, will have a far greater chance of being valued closer to $50 million. Without that buyout, there is no benchmark and valuations suffer.

This truism also works against companies in various sectors when sentiment is negative, and buyouts are few and far between. We’ve seen this for the last two years in the mineral exploration industry.

The new fund will be known as NOVACAP TMT IV and is supported by established Canadian and Quebec pension funds, leading financial institutions, banks, and family offices.

Pascal Tremblay, President of NOVACAP TMT, commented that, “for several years now, TMT has been one of the fastest growing sectors in developed countries.”
source: http://www.novacap.ca/en/news/tmt/novacap-closes-fourth-private-equity-f…

Deloitte, one of the Big 4 professional services firms in the world, predicted that combined global sales of smartphones, tablets, PCs, TV sets and gaming consoles will exceed $750 billion, up $50 billion from 2013 and almost 50% from 2010 numbers. 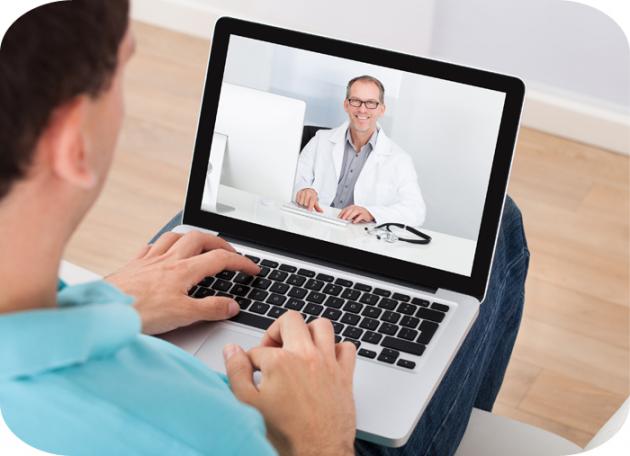 Deloitte predicts there will be 100 million eVisits globally in 2014, representing a 400% increase from 2012 levels.

Duncan Stewart, director of research for technology, media, and telecommunications (TMT) for Deloitte Canada, recently commented, “This number of eVisits could potentially save over $5 billion compared with the cost of in-person doctor visits.”

“Recent technology trends-including ubiquitous Internet access and widespread use of mobile devices-have made eVisits viable in ways that were not possible even a few years ago,” says Stewart.
source: http://www2.deloitte.com/content/dam/Deloitte/global/Documents/Technolog…

This is just one example of how increased technology usage is transforming industries – while simultaneously creating massive investment opportunity.

KPMG, another member of the world’s Big 4 professional services firms, recently stated that:

“Technology, Media and Telecommunications sectors offer unprecedented opportunities for new enterprises, as well as the means to enable some of the most successful organizations to generate extraordinary growth and shareholder value.”

KPMG’s 5 fundamentals to focus on, in respect to the TMT sector, are as follows:

Efficiency, entertainment and the power to enable provide the basis for disruptive technologies to potentially receive 8 to 10 figure valuations without generating a dime in revenue. Remember these Three E’s when looking for your next tech investment.

Please read: This is not an invitation to purchase any securities mentioned in this report. Pinnacle Digest does not endorse or recommend any of the referenced securities. At the time of publication and distribution of this report (3 AM PST on October 26, 2014) neither PinnacleDigest.com, its employees or consultants owned shares in any of the mentioned companies in this report. This article is intended for informational and entertainment purposes only. The author of this article bears no liability for losses and/or damages arising from the use of this article.

Be advised, PinnacleDigest.com and its employees are not a registered broker-dealer or financial advisors. Before investing in any securities, you should consult with your financial advisor and a registered broker-dealer. Information in this report has been obtained from sources considered to be reliable, but we do not guarantee that it is accurate or complete. The information herein may not be complete or correct; it is provided in good faith but without any legal responsibility or obligation to provide future updates.