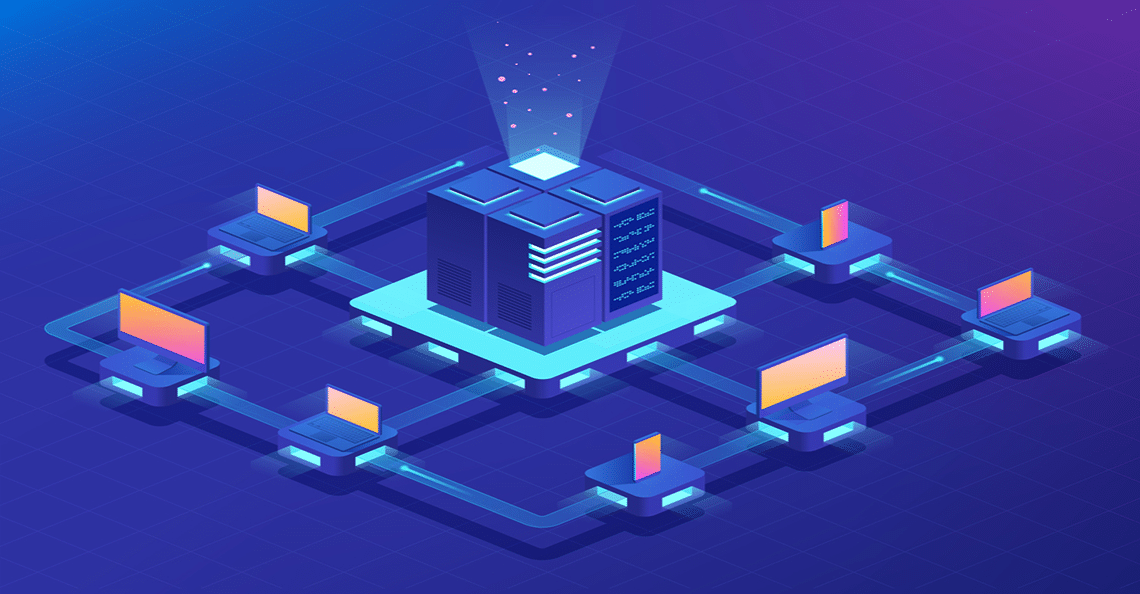 That’s how Gavin Wood, the “the father of Web3”, defines the new and trending movement that many believe to be the next phase of the internet. To Wood, Web3 is not just another internet movement, but a movement of the internet itself — away from the current centralized model to a decentralized, blockchain-based web.

Wood, co-founder of Ethereum, believes that Web3 not only represents the next generation of the world wide web but also the only hope of preserving liberal democracy. In an interview with WIRED magazine’s Gilad Edelman, Wood stated that,

“…Web3 is actually much more of a larger sociopolitical movement that is moving away from arbitrary authorities into a much more rationally based liberal model. And this is the only way I can see of safeguarding the liberal world, the life that we have come to enjoy over the last 70 years. It’s the only way that we can actually keep it going 70 more years into the future. And at the moment, I think we are very much flirting with quite a different direction.”

The grand vision of Web3 is to democratize access to information that’s available on the internet by moving control away from Big Tech companies and other intermediaries. In a Web3 ecosystem, users control their own data, identity and destiny — just like with Ocean protocol, the blockchain-based data economy we wrote about earlier in the year.

In the early 2000s, we began to move away from the aforementioned static model of the web into a more dynamic and interactive version. In this model, information started flowing bilaterally between both users and content providers — ushering in the current version of the web, Web 2.0.

Web 2.0 is the era of social networks, smartphones, cloud computing and, consequently, Big Tech companies. Big Tech companies emerged to facilitate online connection and transactions, and now they’ve become indispensable hubs in the flow/exchange of data between providers and consumers. According to Wood and Web3 believers, that’s too much power in the hands of a few massive enterprises.

Web 3.0 (aka Web3) is about creating a fair internet and moving power away from Big Tech by decentralizing the web via blockchain technology.

Wood coined the term Web3 sometime in 2014, but the movement’s popularity spiked significantly in the latter half of 2021. This wave of interest was largely driven by crypto enthusiasts and an increasing shift towards blockchain platforms of all sorts.

In mid-October, CNBC’s Lauren Feiner reported that VC firm, Andreessen Horowitz, announced three funds devoted to crypto and Web3, totaling approximately US$3.1 billion. The storied VC also publicized plans to meet with leaders on Capitol Hill and in the White House to lay out their vision of the next generation of the internet, Web3.

According to Feiner’s report, Tomicah Tillemann, global head of policy for Andreessen Horowitz referred to Web3 as “the alternative to a digital status quo that is frankly broken”. Tillemann told CNBC that,

“‘Web3 is the alternative, it is the solution we’ve been waiting for. It is the response to the challenges that have emerged out of web2. And for that reason, it is absolutely critical that policymakers start to undertake the steps required to get this right.’”

In late October, GameStop listed a job posting for a Head of Web3 Gaming role at the company. The retailer is looking for someone who has dabbled in the new Web3 world and “who can help accelerate the future of gaming and commerce.”

Even Jack Dorsey’s resignation from Twitter has been linked to his well known crypto/Web3 crusade. According to Charlie Warzel of Atlantic magazine, Dorsey reportedly stepped down from his role as Twitter CEO in order to focus on where the internet is headed. Warzel wrote that,

“The successes of Web 2.0—the social internet—are no longer playgrounds of possibility; they’re not the future. That’s why many venture capitalists, programmers, and Silicon Valley CEOs such as Dorsey are eyeing Web3.”

As one would expect, the big guns aren’t about to sit idle and watch as they’re swept aside by the roaring Web3 wave.

Not long ago, Facebook founder, Mark Zuckerberg, rebranded his company as Meta, a transformation that he hopes can put the company at the forefront of the web of the future. In a conversation with internet personality, Gary Vaynerchuk, Zuckerberg said that,

“Just like NFTs, Web3 and Metaverse platforms are the next natural progression in how we interact, relate, and communicate with each other.”

A quick word about the metaverse…

The metaverse is a virtual/augmented reality platform that’s also touted as being the next iteration of the internet. In this vision of the internet, users don’t just use the internet, they live and operate within it via their avatars. It’s envisioned to be a persistent online 3D world where, per TIME magazine’s Andrew Chow, users,

“…walk around as an avatar, interacting with other avatars; you can buy and sell virtual stuff, go to work, form communities, play games, wage war.”

Given that NFTs are basically digital collectibles, they fit very nicely into the metaverse construct. In fact, several brands are launching their own NFTs and unleashing them into virtual worlds (metaverses) that already exist.

Gucci’s doing it in the metaverse of the game Roblox (a company with more than 200 million monthly active users, about half of whom are under 13.) The iconic brand now sells NFTs of its limited edition “Gucci Collection” bags, hats and glasses for avatars in the Roblox game.

Coca-cola too has launched its own NFTs into the metaverse. In the summer, the company released NFTs of virtual clothing to be worn on avatars within the virtual world of Decentraland, which boasts about 300K active monthly users. The combination of NFTs and the metaverse looks poised to unlock a brand new dimension of the digital economy.

But we digress. Back to Big Tech and Web3…

Three months ago, Google got in on some of the action as well when it took a big step towards powering the blockchain and Web3 paradigm shift. Forbes’ Michael Del Castillo and Nina Bambysheva reported that,

“Google Cloud announces it has joined forces with Dapper Labs, a Canadian startup best known as the developer of the $680 million NBA Top Shot marketplace, to support and scale Dapper’s Flow blockchain.”

According to Statista, the NBA Top Shot metaverse is the fourth largest NFT marketplace by sales volume.

“…is aimed at being the center of excellence for ‘all things blockchain and web3,’ which includes the increasing number of decentralized apps now running on public blockchains…”

This rapid response from tech titans to the “threat” of decentralization/Web3 speaks volumes about their read of how disruptive the movement will be. The future of digital communication and interaction cannot be built on a Web 2.0 ethos, and that much is clear.

That said, whether or not the scale of participation of current tech giants in a Web3 world will be as negligible as the Web3 revolutionaries envision remains an open question.

One of the heaviest criticisms levied against the Web3 movement by its own staunch believers is precisely Big Tech’s foray into the movement, and the large amounts of VC investment being poured into that space. According to Nicole Goodkind of Fortune magazine,

In her article, Goodkind revealed that VC firms have invested more than US$27 billion into blockchain projects this year alone. She also pointed out that,

“Elon Musk has called out these hypocrisies. Web 3.0, he tweeted last week, ‘sounds like bs.’ The hype surrounding it, he said, is “nuttier than ’99,” a reference to the dotcom boom and subsequent bust of the 1990s.”

The thing is, Web3 does exist right now. But it exists only in the crypto/blockchain universe of digital tokens, NFTs and decentralized autonomous organizations (DAOs). For the moment, the average internet user doesn’t have easy access to, nor sufficient knowledge of, the blockchain ecosystem. And until this knowledge and access gap are bridged somehow, Web3 will struggle to become mainstream.

The main technical challenge facing the Web3 vision has to do with scaling, owing to the vastness of the entire internet. The internet is beyond huge and it’s only getting bigger. Lest we forget, the blockchain is based on distributing all the information in its network across all nodes connected to the network. And, blocks that are part of a blockchain never get removed.

“The World Wide Web contains many billions of pages. The SNOMED CT medical terminology ontology alone contains 370,000 class names, and existing technology has not yet been able to eliminate all semantically duplicated terms. Any automated reasoning system will have to deal with truly huge inputs.”

So, in order to deliver on the promise of Web3, each component of the underlying infrastructure that’s part of the blockchain must have the capacity to deal with vast amounts of data efficiently. If the current average of 5 and 40 minutes to confirm Ethereum and Bitcoin transactions respectively is any indication, Web3 still has some work to do before it can break into a world where everyone is used to navigating the web and processing data at breakneck speeds.

The Road Ahead for Web3

In last week’s volume, we highlighted that Ethereum is currently the most popular platform that allows for the creation and operation of decentralized apps (dapps), NFTs, and other blockchain-based services. In other words, Ethereum is Web3’s most important enabler. Not only that, it’s also probably the best yardstick for measuring the expansion of Web3’s universe.

Perhaps not fortuitously, ETH has significantly outperformed BTC this year. As of the time of writing, BTC had provided a YTD return of about 64% compared to ETH’s approximate 455% YTD return.

Consensys, a leading blockchain software company that develops services and applications that operate on the Ethereum blockchain, reported a month ago that its user base increased by 250%, from 100,000 to 350,000 Web3 developers in less than a year.

Considering that the number of decentralized apps that were built on Ethereum between September of 2020 and 2021 grew by only 10%, an eye-popping threefold increase to one company’s developer base is surely a sign of things to come. 2022 could be the year of the dapp!

Still, before it can move from vision to reality, Web3 needs to find a way out of its two biggest challenges: adoption and scaling.

Number of Transactions in Blockchain per day (Bitcoin, Ethereum, XRP)

The chart above shows the number of transactions in each of the three largest blockchains (by market cap) per day for the last year. As you can see, it has remained relatively flat for all 3 (save for the momentary blip in Ripple’s curve).

If there’s going to be an army of developers building the Web3 universe, Wood and other visionaries at the Web3 foundation will need to come up with a plan to populate that universe with engaged and satisfied users. And they’ll need to get on it before Big Tech crashes in with similar and potentially more attractive alternatives, such as Facebook’s plans for the metaverse.

One thing the burgeoning Web3 movement has made clear is that the current version of the web cannot carry on in the same way. Internet users want to maintain control and ownership of their data rather than relinquish it all to a few corporate giants.

Web3’s proposal to decentralize via blockchain technology is certainly resonating; but, in order to accomplish its goals, it needs less hype and more specific transition plans from Web 2.0.