Ares Strategic Mining Ltd. (TSXV:ARS) (“Ares” or the “Company”), is pleased to announce that following the completion of its Phase 1 drill program on the Lost Sheep mine, the Company has located additional fluorspar mineralization within its permitted areas.

Two drill holes tested a branch of a known fluorspar breccia pipe extending northwards, with a third drill hole intercepting both, one between 35 to 100ft, and the other from 30 to 70ft. Visible fluorspar was observed in sections of those breccias. Another drill hole was aimed in the opposite direction and encountered breccias with visible fluorspar mineralization from 20ft to a total depth of 90ft. 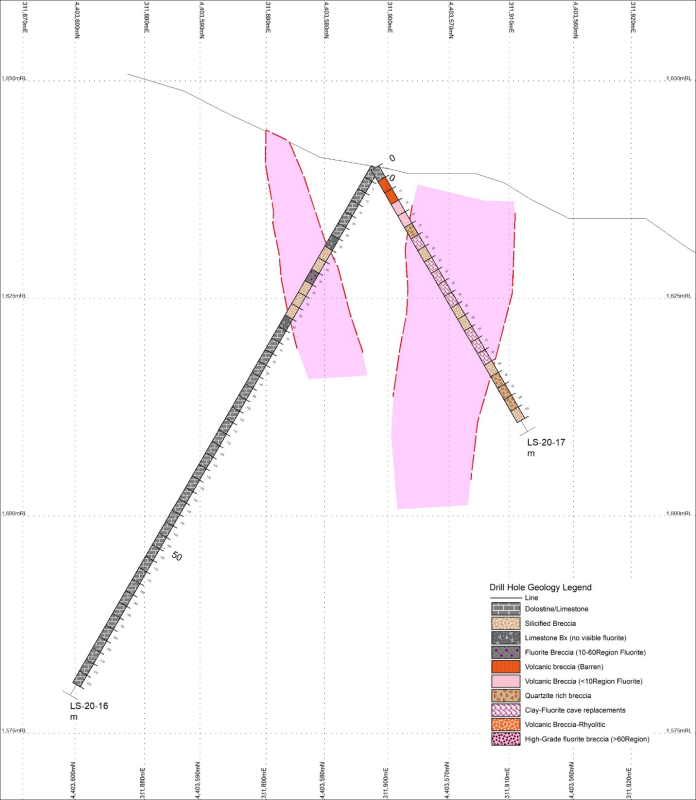 Position of the drill holes 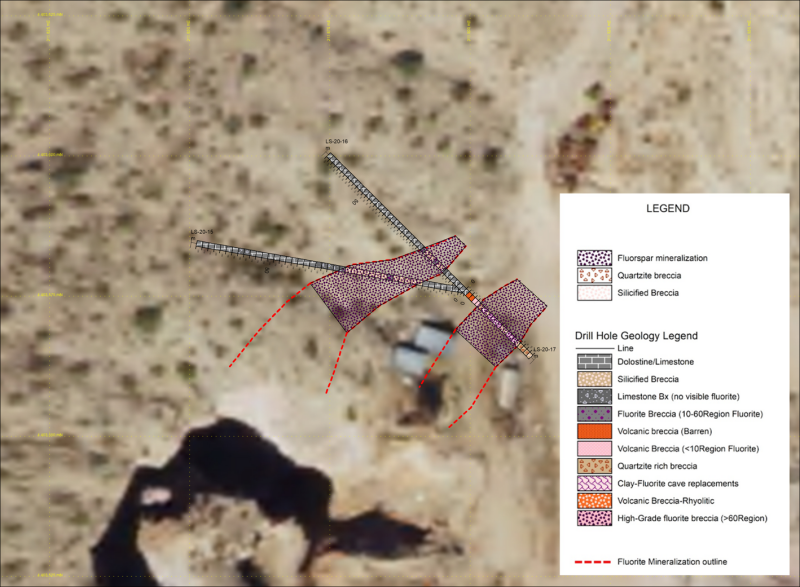 Due to travel and COVID-19 restrictions, all RC drill samples were described, photographed, and processed at the company warehouse in Delta (Utah), supervised by the company geologist, and adhering to all QA/QC chain of custody protocols. Samples have now been shipped to Vancouver, British Columbia, to be assayed at a certified lab.

James Walker, CEO of Ares, said, “It was a tremendous result to locate further fluorspar mineralization outside of the known fluorspar areas, and to have the additional benefit of these targets falling within the areas permitted for mining. We are proceeding towards mine development work on the delineated areas we modelled during the Phase 1 drilling program, and once production commences, we will begin detailed delineation work on these new discoveries to substantiate the next areas for mining to expand our production plans.”

Disclosure: Companies typically rely on comprehensive feasibility reports on mineral reserve estimates to reduce the risks and uncertainties associated with a production decision. Some industrial mineral ventures are relatively simple operations with low levels of investment and risk, where the operating entity has determined that a formal prefeasibility or feasibility study in conformance with NI 43-101 and 43-101 CP is not required for a production decision. The demonstration of the economic viability of an industrial minerals deposit, as required under the General CIMM Guidelines, may be satisfied by actual profitable production. The Company has not completed a feasibility study on, nor has the Company completed a mineral reserve or resource estimate at the Lost Sheep Mine and as such the financial and technical viability of the project is at higher risk than if this work had been completed. Based on historical engineering work, geological reports, historical production data and current engineering work completed or in the process by Ares, the Company intends to move forward with the development of this asset. The Company further cautions that it is not basing any production decision on a feasibility study of mineral reserves demonstrating economic and technical viability, and therefore there is a much greater risk of failure associated with its production decision. In addition, readers are cautioned that inferred mineral resources are considered too speculative geologically to have economic considerations applied to them that would enable them to be categorized as mineral reserves.

For further information, please contact James Walker by phone at 604-345-1576 or by email at jwalker@aresmining.com

Ares Strategic Mining Ltd. is a client and sponsor of PinnacleDigest.com.