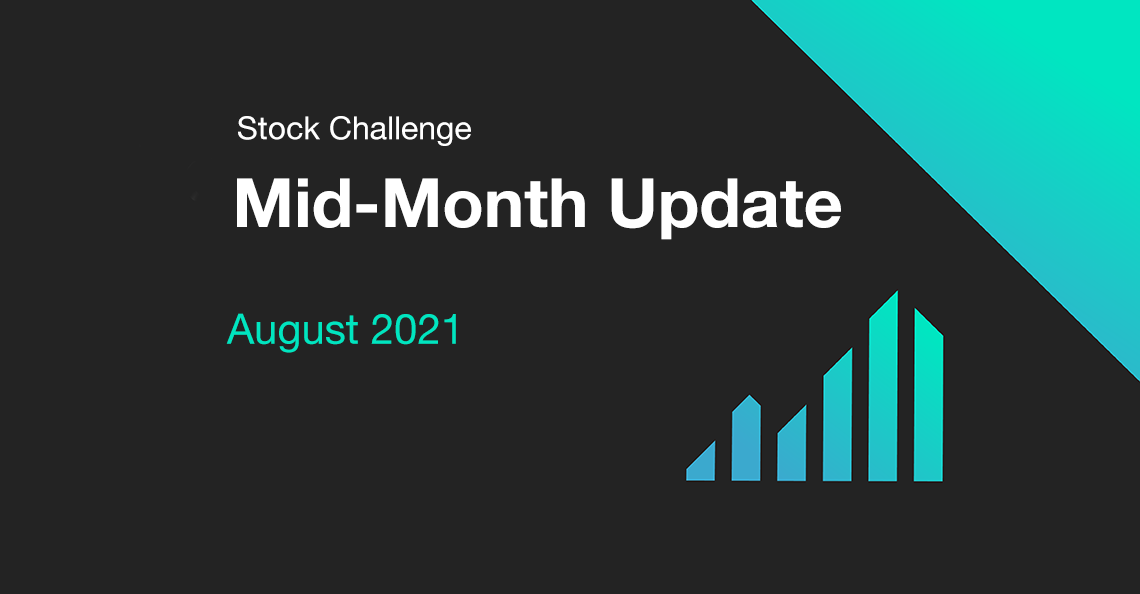 We have reached the halfway point of August’s Stock Challenge!

As the Stock Challenge Index (SCI) currently rests around -6%, August is proving to be another tough month for contestants…

Take a look at this month’s SCI below.

So far, Biotech companies, junior mining companies and cryptocurrency stocks are the leading factors keeping some Challengers in positive territory. Of the top 10 performing stocks in August’s Challenge, nine of them fall into these categories.

Junior Mining and Crypto Stocks Leading the Way for Challengers

It has been a strong month for junior miners so far. The contestants sitting in first and second place have selected the high-quality and eco-friendly magnesium producer, Western Magnesium Corporation. Western Magnesium Corporation currently outperforms all stocks chosen in this month’s Challenge by a significant margin, realizing a return of ~162% in August, thus far.

Cryptocurrency stocks have also performed well for top-positioned contestants. Ever since Bitcoin hit a 6-month low of ~US$29,500 near the end of July, the digital currency has only seen “up” as a direction – increasing valuations across crypto’s small and micro-cap markets.

Bitcoin’s recent price surge began when Elon Musk announced at the ‘B Word’ conference on July 21 that Telsa would likely eventually reaccept the coin as a form of payment. Coupled with the speculation from other institutional supporters, Bitcoin’s price reached over US$48,000 on August 14.

Click here to read a recent article we wrote about the significance of Bitcoin’s energy consumption. 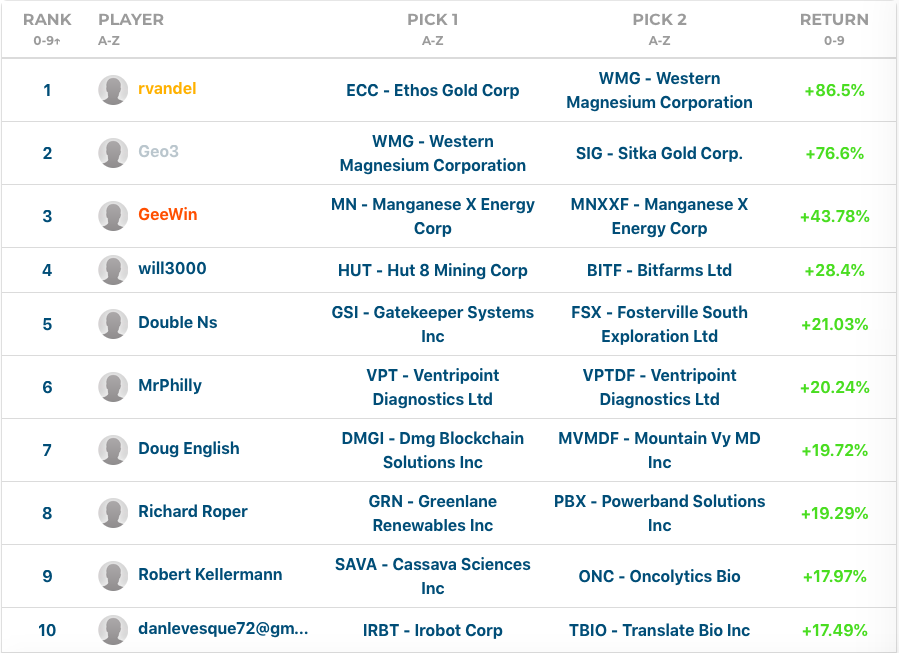 Entering the final wave of August’s competition, members ‘rvandel‘ and ‘Geo3‘ hold large leads atop the leaderboard. However, only slim margins separate positions 3 through 10, and if Western Magnesium Corporation loses its footing, August’s Stock Challenge has the potential of coming down to the wire.

Best of luck to you all for the remainder of the month! If you haven’t yet registered for September’s Stock Challenge, click below to enter for a chance to win silver bullion and Pinnacle Digest gear!

CLICK HERE TO ENTER YOUR STOCK PICKS FOR AUGUST’S CHALLENGE