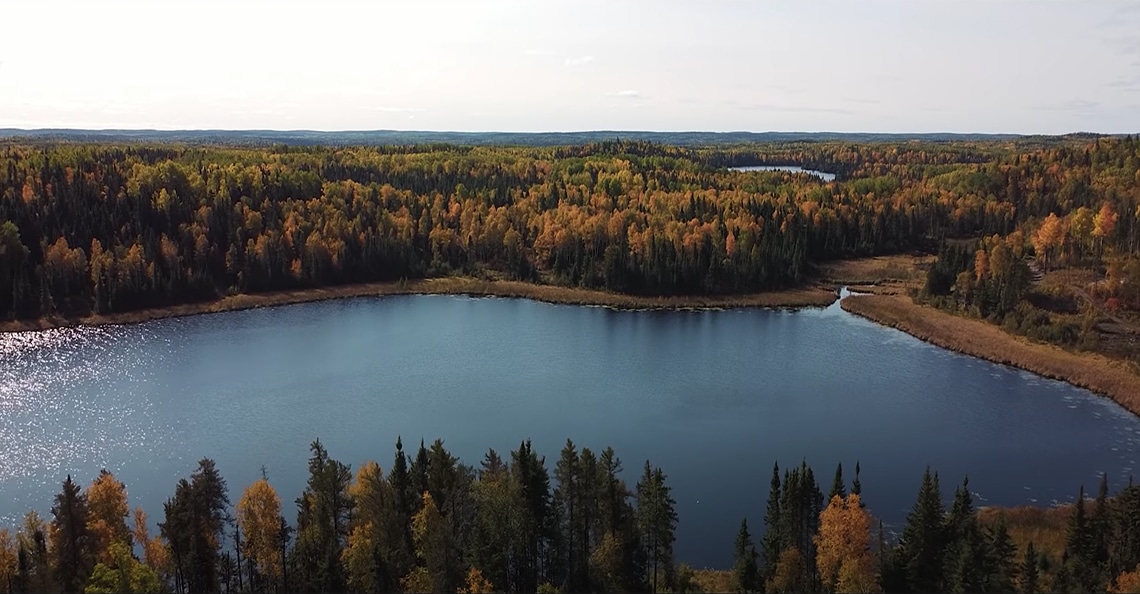 Trillium Gold Mines Inc. (TSXV: TGM ) (OTCQX: TGLDF) (“Trillium” or the “Company”) is pleased to report that the Company has initiated a major drill program at the Newman Todd Property in Red Lake along with its other earlier stage projects. This is the second phase of drilling in 2020 at Newman Todd, and it is expected to increase to more than 25,000 metres as new targeting methods demonstrate more positive results. 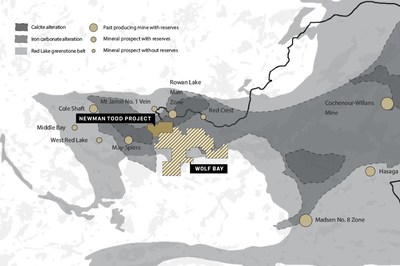 Rodren Drilling Ltd. of West St. Paul, Manitoba has been awarded the contract for this next phase of drilling, which is expected to continue well into 2021.

“Having built a strong team of geologists, most have spent much of their careers in Red Lake with Goldcorp and Rubicon Minerals, Trillium has assembled a team with more than 100 years of combined exploration and production experience in the Red Lake Greenstone Belt” states William Paterson , Trillium Gold’s Vice President of Exploration “We continue to test our geological and structural concepts with this second phase of drilling. The drilling and outcrop data collected over the summer and fall should allow us to complete a targeting model for more than 1,000m of strike length within the Newman Todd Zone , and it is our expectation that our precision in targeting will increase with this better understanding” Paterson continued.

Russell Starr , CEO of Trillium Gold comments “The initial assay results have proven to be very encouraging. We have tested new drill angles and azimuths which were not tested previously.

These are now proving to be very meaningful in understanding the mineralization controls in the camp. With multiple high-priority drill targets, we expect that we will likely increase the phase one drill program from the current 8,000 metres to over 25,000 metres by drilling these carefully thought-out drill holes.”

Results from the remainder of the Phase One drilling program continued to show positive outcomes. Hole NT20-171, again drilled opposite to the majority of the historical drilling, was designed to test the north-eastern end of the Newman Todd Zone and returned 5.14 g/t gold (Au) over 3.85m from 72.4m depth in a sulphidized, cherty, magnetite iron formation. Hole NT20-172, testing the south-western extension of the Newman Todd Zone , showed visible gold at 158.62m in quartz veining and assayed 16.8 g/t Au over 0.3m from 158.57m depth.

The full set of significant assay composite results from Phase One is included in the Table below:

Bolded assay composites are new and not previously reported.

The Newman Todd Zone is currently a 2.2 km long and up-to- 200-metre-wide structural target which is situated in the Red Lake Gold Camp. Drilling from 2013 and earlier had mostly focused on testing the zone by targeting the footwall with drilling toward the southeast, now known to be sub-parallel to gold mineralized veining and structures, potentially missing high-grade intersections or undercutting much of the targeted zone. Newman Todd is a highly prospective target with 41% of the 165 historic drill holes having intervals of greater than 20 g/t gold over various lengths. In addition, nearly all drilling has been to depths less than 400m . The Red Lake Camp is famously known for high grade gold mineralization at depth with Evolution Mining’s Red Lake Gold Mine currently reaching depths of several thousands of feet. Trillium will continue to test various drill orientations in order to develop a comprehensive understanding of the mineralization and structural controls and test the depth potential of the Newman Todd Zone . Figure 1 below shows the location of the Newman Todd Project as well as its relative location to the producing and past producing mines within the Red Lake Camp.

The technical information presented in this news release has been reviewed and approved by William Paterson QP, PGeo, VP of Exploration of Trillium Gold Mines., as defined by NI 43-101.

All drilling was supervised by Paul Barc , PGeo. Drill core is logged and sampled in a secure core facility on site. Core samples from the program are cut in half, using a diamond cutting saw, and are sent to the SGS Laboratory in Red Lake, ON , an accredited mineral analysis laboratory, for analysis. All samples are analysed for gold using standard Fire Assay-AA techniques. Samples returning over 10.0 g/t gold are analysed utilizing standard Fire Assay-Gravimetric methods. Duplicate assays of approximately 5% of the samples are also obtained from the coarse reject of the original sample. Selected samples with results greater than 1 ounce per ton are also analyzed with a standard 1 kg metallic screen fire assay. Certified gold reference standards and blanks are routinely inserted into the sample stream, as part of Trillium Gold’s quality control/quality assurance program (QAQC). No QAQC issues were noted with the results reported herein. All drill intercepts reported are down-hole core lengths.

Trillium Gold Mines Inc. is a British Columbia based company engaged in the business of acquisition, exploration and development of mineral properties located in the highly prospective Red Lake Mining District of Northern Ontario .

Trillium Gold Mines Inc. is a sponsor and client of PinnacleDigest.com.