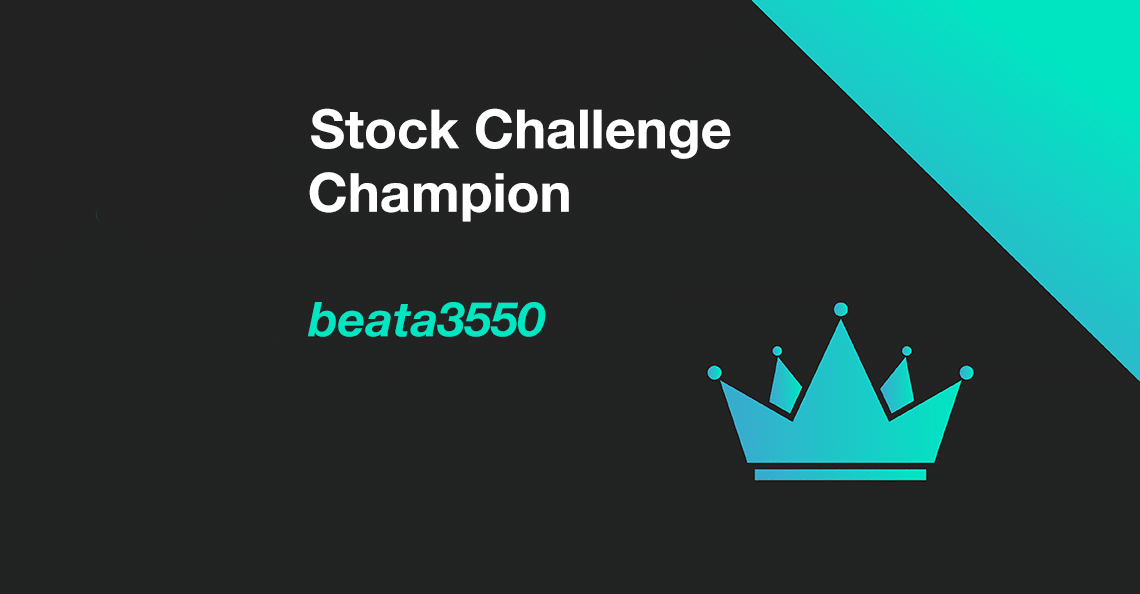 There’s really no other way to put it. The markets have been ruthless this April; the numbers don’t lie.

But first, the most important number of the month: The #1 player for April 2022…

Selecting two index tracking ETFs, member ‘beata3550’ claimed top spot in April’s contest with a 40.68% return! beata3550’s bold bet on the decline of the underlying indices (the NASDAQ and S&P 500) paid off rather nicely.

Congratulations beata3550! This is the first time in years a champion has been crowned by exclusively ETF selections… Well played!

Only five percent behind beata3550, member ‘Chymst’ finished the month in second place with a 35.37% return thanks to a recent rally from tech stock Blackboxstocks. And in third place, member ‘jdog731’ completes the podium with a 29.72% average return off the back of a strong performance from Goldcorp Inc.

Congratulations, you three! April was a dicy month to come out on top. Your well-earned prizes will be shipped out shortly. Please monitor your inbox and spam box for a message from our support team.

Lay of the Land

Runaway inflation looks to be wreaking havoc not only on consumer prices but also on the stock market at large. Most, if not all, major benchmarks are down more than 5% from the beginning of April, with a few dropping to new 2022 lows at some point during the month.

With the Fed teeing up what will likely be a sharp interest rate hike, supply-chains still log-jammed, and poor Q1 results from several majors, fears of an impending recession have now escalated and the market is taking a beating as a result.

To get an idea, let’s take a look at the Stock Challenge Index (SCI)…

The distribution of stocks selected per contest across the different exchanges has remained relatively consistent for the last 6 – 7 months. Typically, the TSX Venture, TSX, OTCBB and the NASDAQ stocks have made up the lionshare of selections made by contestants.

Although it is true that stocks from all exchanges are getting clobbered, the TSX Venture is having a particularly hard time of it. Last week, the Venture dropped 8% in just 5 days, amounting to about 24% decline from its November 2021 highs.

In April, less than 20% of the selected stocks posted positive returns. And, this month’s top 10 stock performer’s average of ~51% is the lowest recorded in the last 3 years of this contest.

Interestingly though, despite being the worst hit exchange (and averaging double digit losses) in five of the last 6 months, tech-heavy NASDAQ stocks have been the second most popular selections for Stock Challengers for four straight months – bested only by TSXV stocks.

Additionally, #1 and #3 stock performers this month are tech stocks that both trade on the NASDAQ. So while there might be massive losses on the NASDAQ, there is also pretty solid yield. And, this is the second month in a row where two of the top 3 performers were NASDAQ traded tech stocks.

Roughly 18% of the 312 players in April’s contest averaged positive returns. Once again, resource exploration companies dominated leaders’ selections with 9 out the 10 leaders selecting at least one mineral explorer.

Combined, the top 10 leaders averaged a meagre 25.6% returns – another far cry from what we’re used to seeing in Stock Challenge.

The obvious question now is: have we bottomed out? Neither Bank of America nor Morgan Stanley thinks so.

Interesting times ahead! Don’t forget to reserve your picks for May’s Stock Challenge while you still can.