The IP survey on the permitted mining area consisted of 10 lines, each of them 800m long, with dipoles located 25m apart (See Figure 1). The lines were designed to run over known fluorspar zones to identify and define their geophysical signatures, which could then be used to identify new potential targets immediately below surface. Seven parallel lines spaced about 50m between each other were planned on historically known mineralized zones. Some of these zones show fluorspar mineralization at surface and had not been previously mined. The IP survey was designed to test for geophysical signatures immediately below these zones to test for continuity, and also correlating other anomalous zones with potential blind targets. Three orthogonal lines were also planned as tie lines for structure and stratigraphic correlation.

James Walker, President and CEO stated: “These anomaly discoveries are the largest ever obtained across the entire Spor Mountain area. The combination of clustered anomalies, the size of the anomalies, how they combine with fluorspar showings at surface, and their correlation with geologically predicted fluorspar mineralization, all evidence a potentially larger mining operation than anticipated at the Lost Sheep. Assayed grades at the Bell Hill have also demonstrated high-grade fluorspar without impurities such as sulfides or arsenic, making this fluorspar some of the highest and cleanest grade in the world. The Company will further delineate these anomalies with drilling, to confirm fluorspar and boundaries, to create a mine plan for an operation to run alongside the Lost Sheep mining operation.  All this is a very promising and exciting find for our Company.”

Figure 1. Isometric view looking north with location of IP section lines, and position of the newly located targets at the Bell Hill area 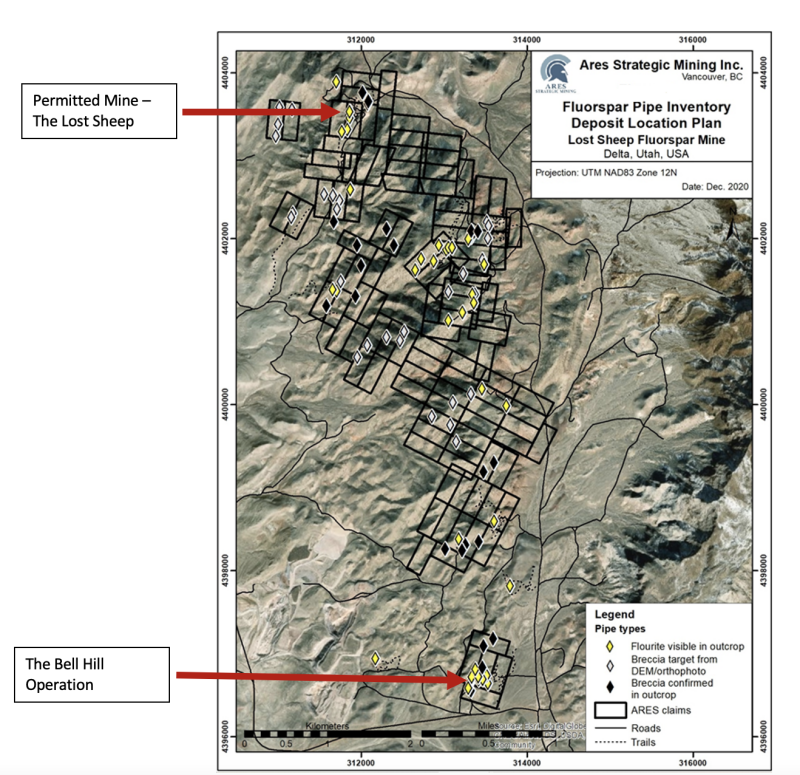 Lines 7, 12 and 14 show clear anomalies that can be correlated with fluorspar breccias pipes breaking through the limestone host rock, particularly when coincident fluorspar mineralization has been identified at surface in them (See figs 3, 4 and 5). 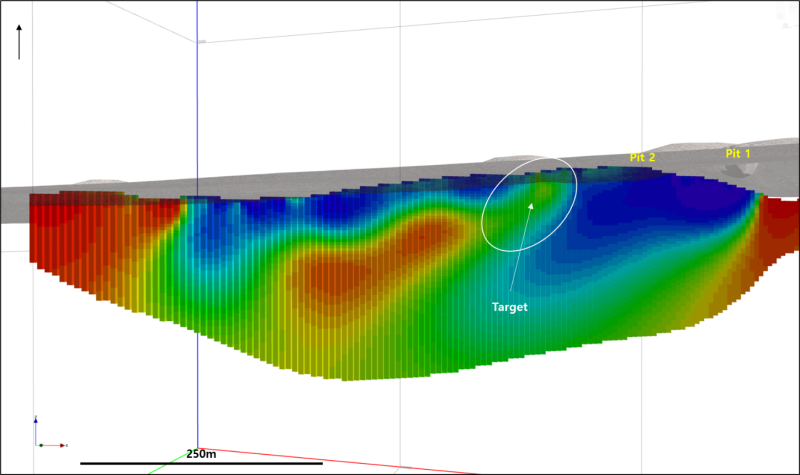 Line 14 indicates the presence of a very discrete anomaly reaching the surface with approximate dimensions of 40m wide and near 100m of vertical depth, very similar to the size of historic Bell Hill Pit 1 orebody or Purple Pit, currently being delineated.  The anomaly is on trend with Bell Hill Pits 1 and 2, suggesting it may be part of the same feeding intrusive. 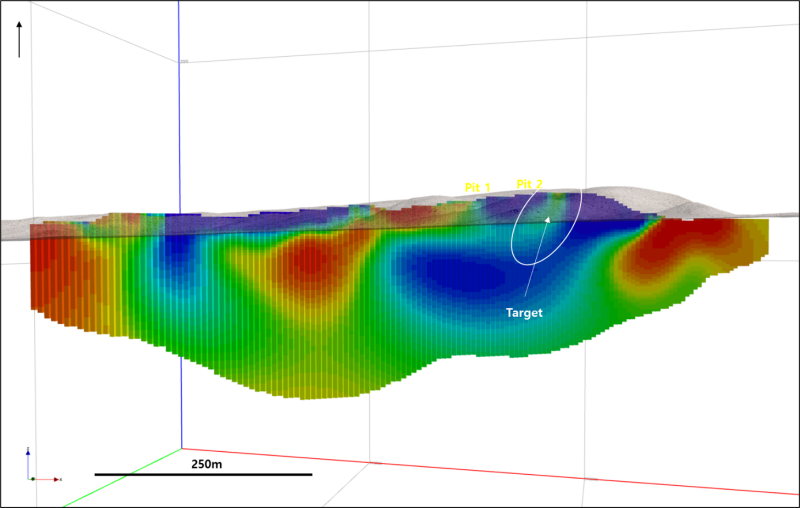 Line 12 shows a discrete anomaly immediately north of the known Pit 2 mineralized breccia pipe, indicating it may well be the continuation of that pipe towards the north and to about 75m at depth.

Line 7 is orthogonal to lines 12 and 14. The IP line runs on top of three known fluorspar occurrences, two of them historic (Fluorspar Veinlet, Trench 1) and one found after ground prospecting of a feature identified from Lidar and satellite imagery. There are a series of anomalies related to the down dip projection of the known showings reaching a depth of approximately 50m. There is also a very discrete anomaly starting 60m below surface and extending for at least 75m below that depth that may indicate the presence of a breccia pipe as a blind target.