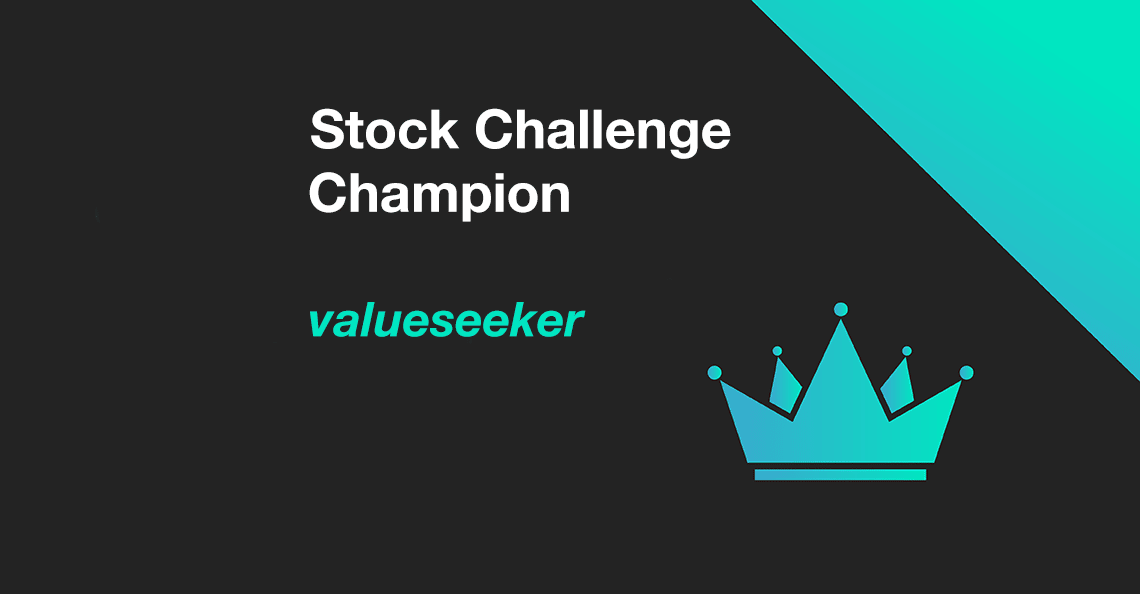 The time has come to wrap up another invigorating round of Stock Challenge!

In a month that looked destined for the dumps, the equity markets have performed well beyond expectation this July. We’ll get into the details momentarily but first, let’s give it up for our champion…

Off the back of a stunning 217.94% return from tools and accessories manufacturer, Toughbuilt Industries, combined with a 74.7% return from Bitcoin miner, Riot Blockchain, member ‘valueseeker’ finished the month as our #1 player and brand new champion — with a whopping 146.32% average return!!

Congratulations ‘valueseeker’! With a name like that, it was always a matter of when, not if, those 10 ounces of silver would be headed your way!

In 2nd place, behind ‘valueseeker’, we have our second triple-digit finish (for the first time all year!). Member ‘Christopher Cheng’ finished the month with 108.98% average return from exclusively crypto stocks: Marathon Patent Group and Riot Blockchain.

Congratulations, you three! Your well-earned prizes will be shipped out shortly. Please monitor your inbox and spam box for a message from our support team.

The SCI closed the month at its highest level so far this year at 5.84%. Although the index remained volatile in July, it did trend upwards during the second half of the month.

Average returns from stocks in last month’s contest by exchange were net positive for all represented exchanges except the CSE. The NASDAQ led the rebound with a staggering 12.24% average return (the entire exchange is actually up roughly 12% in July, its best monthly performance since November 2020).

Both US and Canadian stocks rallied late Wednesday after the Fed announced its 75 bps rate hike (not the 100 a few had feared), giving investors some confidence that a hike slowdown might not lie too far into the future. The TSX Venture Composite index has rallied almost 5% since the Fed’s announcement last Wednesday.

July is the first month of the year where more than half of the selected stocks yielded positive returns. More than 65% of this month’s 391 stocks turned a profit for their selectors.

Finally, some positive news for crypto devotees. Two of the top five performing stocks came from crypto/blockchain companies. Since dropping to new 52 week lows earlier in the month, bitcoin, ether and other cryptos have staged mild but steady comebacks in recent weeks; especially after June’s CPI print was released sometime mid-month.

Natural resource stocks are still not the force they used to be among our top performers. This time only two natural resource companies are featured among July’s top 10 performing stocks.

July’s biggest performer, ToughBuilt, appears to have garnered a lot of attention from traders with short squeeze interest around the company. From the looks of it, short sellers covering their positions could explain the momentum around this stock – watch this space!

In lockstep with the overall individual stock performances, more than 65% of participants in July’s contest finished the month in positive territory. Compared to June’s 41%, July’s top 10 finished the month with a cumulative average of 66%.

Although none of the top 3 finishers selected a natural resource stock, four of the remaining seven on the top 10 list selected at least one natural resource play for July’s contest. So, while commodity stocks might be down, they’re still not out of favour.