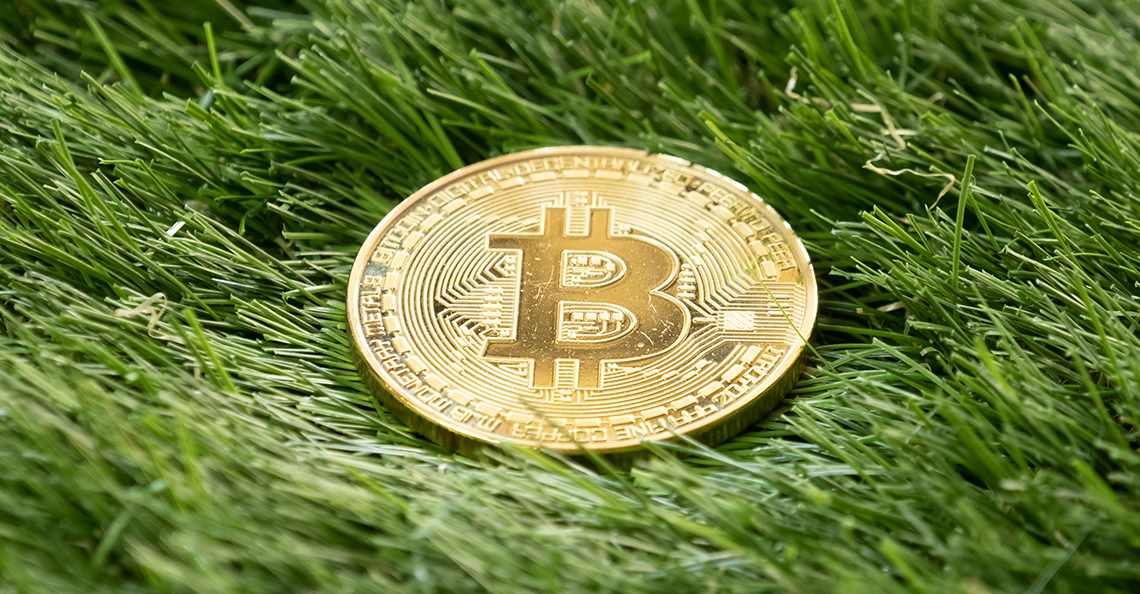 Since breaking out back in 2017, Bitcoin has risen in popularity amongst speculators and institutions globally. However, amidst all the hype, underlying dangers continue to threaten Bitcoin’s future viability… the leading cryptocurrency must continue to focus on Government acceptance and sustainability issues around its energy sources as it relates to green Bitcoin mining.

While threats to Bitcoin crushed its value earlier in the year, the cryptocurrency realized a near 43% increase in price from July 20 to July 31.

Bitcoin’s number one fanboy Elon Musk, played a large part in the digital coin’s recent surge. Due to the cryptocurrency’s high intake of fossil fuels, Tesla revoked Bitcoin as a form of payment on May 12. But, in a potential reversal, on July 21 at the ‘B Word’ conference, Elon Musk hinted at Tesla’s possible restoration of Bitcoin’s payment method. CNBC published a clip from that conference meeting, where Elon Musk stated,

“We are going to be a little bit more diligent to confirm that the percentage of renewable and usage most likely are at or above 50%, and that there is a trend towards increasing that number and if so, Tesla will resume the acceptance of Bitcoin.”

With no guarantee that Bitcoin can accomplish this feat, nor that Tesla will eventually re-accept the cryptocurrency, the recent price surge is merely speculation and likely some short covering. However, if Bitcoin can increase its renewable energy usage as it relates to powering miners, its price may have something to run on.

The Magnitude of Bitcoin’s Energy Consumption

It shouldn’t be a surprise that mining for Bitcoin involves an enormous amount of energy. On February 10, Cristina Criddle of BBC reported on the shocking data presented by the University of Cambridge’s online tool. The data suggested that Bitcoin consumes more electricity than Argentina! The article also implies that if Bitcoin were a Country, it would rank 30th in annual electricity consumption. Take a look at the chart below.

More recently, taken directly from the Cambridge Bitcoin Electricity Consumption Index (CBECI), the graph below shows a shift to 38th, demonstrating a decrease in electricity consumption.

Bitcoin managed to navigate the rankings and decrease its annual electricity consumption from 121.36 TWh in February to 78.34 TWh in late July. Although, what appears to be a massive improvement, is simply the result of a devalued Bitcoin. In that period, Bitcoin’s price dropped from February’s highs by roughly 38% to its recent 6-month low. Interestingly enough, this price decrease is nearly identical to altcoin’s reduction of electricity consumption, which was approximately 37% for that same period.

According to Chris Helman of Forbes,

“As Bitcoin’s price rises, so does the amount of energy consumed by its worldwide network, as more “miners” jump in with their high-powered computers to solve mathematical problems.”

“De Vries [the founder of the Bitcoin Energy Consumption Index] thinks bitcoin’s energy use will continue to climb as the prices rises and miners buy more hardware.”

An Energy-Efficient Approach to Bitcoin Mining

Like other cryptocurrencies, Bitcoin uses a “proof of work” system to solve arbitrary mathematical problems – obtaining crypto as a reward. However, this process uses an immense amount of energy. The second-largest cryptocurrency, Ethereum, is currently transitioning to a “proof of stake” system. This method is a much more energy-efficient way of mining and would decrease Ethereum’s energy usage by a staggering 99.5%.

Although it has not been confirmed that Bitcoin will also switch systems, some believe that Bitcoin will eventually embark on the transition. Once Ethereum proves it can successfully switch to a “proof of stake” system, the founder of Swiss crypto broker Bitcoin Suisse believes that Bitcoin will follow suit. Unfortunately, switching systems could be years away for Bitcoin, and until then, the coin’s focus is on renewables.

“Miners are now heading to the cheapest sources of energy on the planet, which more often than not are renewable.”

Alex Brammer, of Luxor Mining, has dealt with the Chinese’s relocation to North America and spoke with CNBC.

“He says that most are aware of the political and normative winds in North America and want to hedge themselves against regulatory risks in the future by establishing new facilities in primarily renewable-powered locations.”

He went on to say,

“They realize that public markets nowadays have no appetite for proof of work mining that is powered by non-renewable [energy sources]. I have yet to even have a discussion about a deal involving coal power, which is heartening to us.”

“The bitcoin network is ruthless in its drive for the lowest cost… Miners around the world are looking for stranded power that is renewable. That will always be your lowest cost. Net-net this will be a big win for bitcoin’s carbon footprint.”

The “drive for the lowest cost” could explain why 76% of crypto miners use renewable energy as part of their mix, and 62% of mining operations are powered by hydroelectricity. Take a look below at cryptocurrencies power source breakdown as of September 2020, provided by the University of Cambridge.

The 2020 report also showed reasonable room for improvement as renewable energy only accounted for 39% of crypto mining’s total energy consumption. However, with a significant number of miners now migrating to North America and attempting to hedge against future regulatory risks, green Bitcoin mining looks to be on the rise.

An Enemy to the Government

The decentralized characteristics of cryptocurrencies pose fears for many governments, as they appear to have a distaste for alternatives to conventional national currencies (this should come as no surprise). Hence, governments are likely to exploit any of Bitcoin’s inefficiencies.

According to Business Insider,

These interventions could levy high taxes for cryptocurrency miners, institutional supporters, and investors.

Cryptocurrencies already consume a reasonable amount of renewable energy. And, as markets shift towards accountability and sustainability, renewable consumption is only expected to grow. Additionally, there is great potential in the “proof of stake” system, which could dramatically lower the overall electricity consumption if adopted across the sphere. These components make a strong case for navigating sustainability issues, while increasing the chance for government acceptance. For micro and small-cap investors, these, coupled with an elevated Bitcoin price, will be key factors that could ultimately enhance valuations in the space.