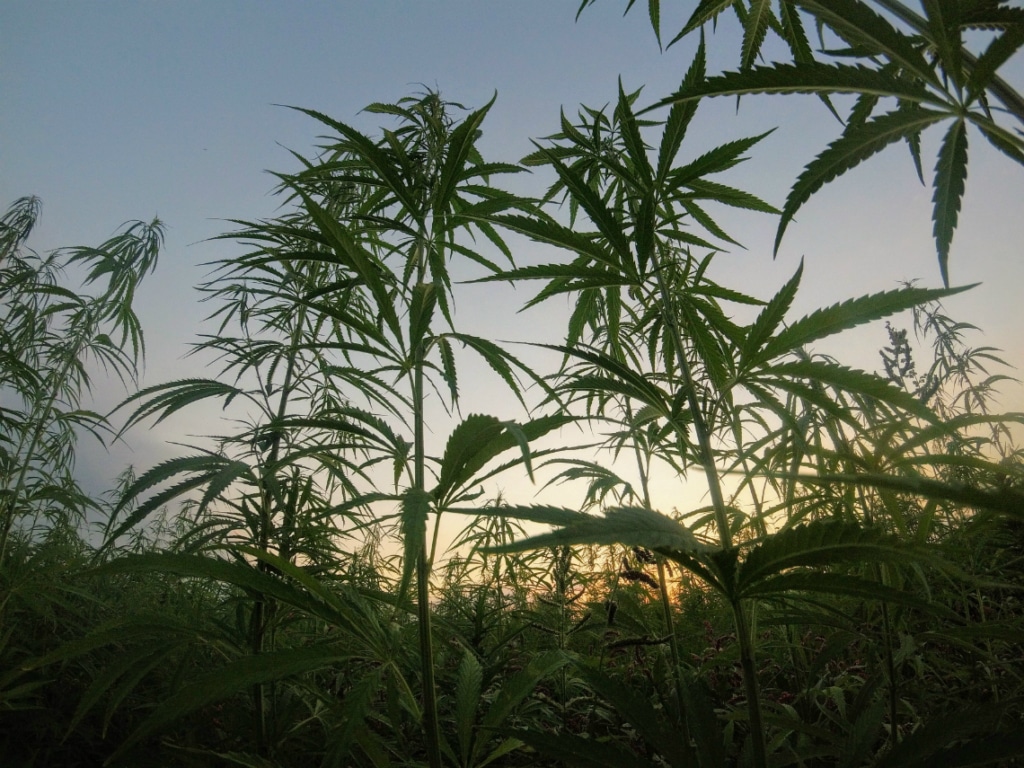 This period (September 4 – 14), the TSX Venture continued to hold its ground above the 700s, peaking as high as 731 before dipping back down to 715 by the halfway point of the month. With the Venture behaving practically in rote with the marijuana sector for the past couple of years, it comes as little surprise that the Venture’s recovery from last month’s 52 week low of 665 coincides with a flurry of activity in the cannabis space. The Canadian Marijuana Index (CMI) surged as high as 901 this month (mirroring investor euphoria seen back in January 2018) to close at 807 by September 14; translating in an overall increase of 51% in comparison to last month. The upswing began on August 15, 2018 with a “proverbial shot in the vein” for the sector; the floodgates of Fortune 500 dollars opened and poured into Canadian marijuana, while a host of acquisitions by household names such as Aurora Cannabis Inc. and Canopy Growth Corp. served to fuel a sustained rise for the index. With Trump dangling the threat of ‘ruination’ over the Canadian economy, October legalization couldn’t come at a better time; the nascent marijuana industry and its global supply chains may prove to be the first real example of how Canada can successfully pursue economic diversification.

Marijuana Valuations Continue to Soar Ahead of Canadian Legalization

Speculative marijuana mania, as it has been referred to, is the cannabis investor’s Sword of Damocles. For months now, analysts have been predicting whether or not the burgeoning Canadian marijuana industry, rife with its overvaluations and cross-border legal uncertainties, is a bubble waiting to pop.

“The investment narrative centers on their ability to use Canada as a home base from which they can expand internationally as the opportunity grows,” Andrew Kessner, analyst at U.S. brokerage William O’Neil & Co., wrote in a recent note.

The United States, Canada’s largest trading partner, remains off limits for exports from Canadian marijuana companies (at least for the foreseeable future). Trump’s administration made a point to reiterate this fact with an announcement from Washington this week—stating that legal Canadian marijuana users (and even investors) could be denied entry into the U.S. To compensate for an impregnable U.S. market, Canadian cannabis producers will have to continue developing and expanding into more amenable markets (similar to what has already been achieved in countries such as Germany and Australia).

Considering the sad state of affairs that is U.S.-Canadian trade relations, the focus on global market development could make Canadian marijuana one of the few industries that is less exposed to North American trade tensions.

It’s not just international market development that will define the winners and losers of the marijuana rush.

It’s how these firms manage their supply chains as they continue to scale.

And despite Trump’s finger waving, Canadian marijuana firms are aiming high with a seemingly endless stream of acquisitions. It’s no secret to investors why acquisition efforts continue to take front and center stage for well-funded cannabis companies; with fierce competition and bold (to put it lightly) pre-revenue valuations characterizing the sector, a strong vertical integration strategy can be the difference maker between survival or extinction.

Constellation Brands (the U.S. beer and beverage giant behind brands such as Corona and Model) made waves last month with their $5 billion investment into Canopy Growth Corp. In response, CannTrust Holdings Inc. (TSX: TRST), a leading Canadian medical cannabis producer, recently announced a letter of intent with Breakthru Beverage Group, whereby Breakthru Beverage Group represents “CannTrust’s specialty products to Canadian adult consumers”. While this does not signal CannTrust’s entry into the beverage space, it certainly does not forego the possibility—especially with rumours of further investment from U.S. beverage leaders continuing to circulate.

But all speculations aside, full fledged acquisitions occurred at a frenetic pace thus far this month; not only did Aurora Cannabis acquire ICC, a leading South American marijuana producer in a deal valued at C$290 million, but they also acquired Europe’s largest organic hemp company, Agropro UAB (deal valued at C$8.1 million). Similarly, Canopy Growth Corp. officially closed their previously announced acquisition of Hiku Brands, the owner behind a number of iconic cannabis brands. Not to miss out on the action, National Access Cannabis (TSXV: META) acquired The Green Company Ltd., a firm that focuses on developing retail cannabis store locations, for C$23,582,000 shares in escrow and C$5,895,500 cash.

On September 14, 2018, BonTerra Resources Inc. announced drilling results that detailed an intersection of 29.6 g/t Au over 3.0m at their Gladiator Gold Deposit.

On September 13, 2018 Cornerstone Capital Resources Inc. announced the signing of new contracts for the completion of the airborne magnetic and radiometric regional survey on its ENAMI-Cornerstone JV properties.

“Martello Technologies Group Inc. [is] a provider of network performance management solutions for real-time communications with more than 5,000 businesses and government organizations already under management in 150 countries around the world, and more than 1.5 million IPT (Internet Protocol Telephony) users under management.”

The Maturity of Canadian Marijuana Will Shape TSX Venture

For better or worse, the TSX Venture is closely tied to the performance of Canada’s marijuana sector. And as legalization for marijuana in Canada looms, cannabis producers will have to continue to secure international markets while leveraging acquisitions to scale accordingly. Eventually, the acquisition “land grab” will slow, leaving only the most well integrated and well exposed brands to compete. All of this being said, the aftermath of Canadian marijuana’s maturity—however it shakes out—is likely to influence the Venture for many years to come.