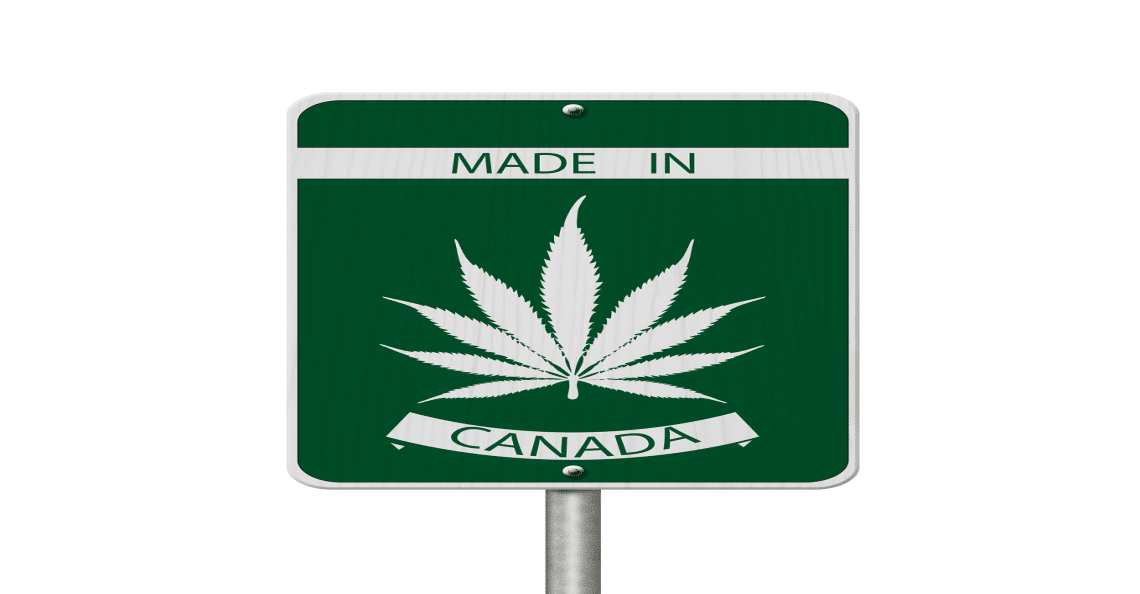 Canada’s marijuana sector is at a crossroads. The euphoric highs of December and January feel like a lifetime ago. Since then, the Canadian Marijuana Index has retraced almost 50% from its highs…

While a June vote to legalize recreational marijuana in Canada is all but a guarantee (given the Liberals have a majority), it will take more to reverse the current downward pressure.

Furthermore, Canadian marijuana companies must find a way to export not only their cannabis, but their related expertise across the emerging global marijuana market. Rising valuations of marijuana-related issuers on the TSX and TSX Venture depend on it.

Retail and institutional investors in Canada’s marijuana sector are faced with one tough question moving forward:

Imagine the growth constraints for mega-miners such as Barrick or Kinross if they had stayed within Canada. Would either of their market caps be in the multi-billions? Certainly not. This applies to any of the largest companies in the world. It’s a globalized economy, and those who don’t partake aren’t all that relevant (from a market cap perspective) in the world of finance.

Canada has what the large emerging markets for marijuana, such as Germany, Argentina and Italy, need: Experience and expertise.

In Canada, legalization of medical cannabis took place in 2001; and, Canada is widely expected to become the first G7 nation to legalize recreational marijuana this summer. From a regulatory and quality control perspective, the medical marijuana market in Canada is the envy of the world.

As the developed and developing world play catch up to both medical and recreational marijuana legalization, Canadian expertise will be leaned on, as it is for mining and exploration.

Foreign markets are hungry for a secure, reliable supply of world-class cannabis products. Canadian firms can provide superior growing techniques, scientific data on strain selection for specific ailments, and an established framework for clinical testing. The system Health Canada has fostered is a blueprint for developed and developing nations. And many countries appear to want to emulate it.

Canada has proven it knows how to deliver medical grade marijuana in a highly regulated market. This fact, combined with Canada’s global reputation and the trust nations have towards it, make Canadian based firms uniquely positioned to capitalize.

Canadian Marijuana Sector: All About Timing

We have made some timely calls on the state of the Canadian marijuana sector over the past 12 months or so. And we are about to make another…

In March of 2017, we published Correction in Marijuana Stocks Not Over. In that Weekly Volume, we called the most significant breakout yet in Canadian marijuana stocks.

Here is an excerpt:

“The next positive news cycle for this sector will be right around the corner; and in Canada, it will likely begin sometime in late summer or fall when the regulatory framework is clarified for recreational marijuana. A buying opportunity for the sector will likely be in and around June, 2017.”

Not only did the positive news cycle begin in late summer and fall as predicted, the marijuana index bottomed in June and more than quadrupled in value by December.

Canadian Marijuana Index | A Tale of Volatility in 2018

The Canadian Marijuana Index tracks the leading cannabis stocks operating in Canada. Since topping out in early 2018, valuations have come down and stagnated. In mid-February, we warned that something big needed to happen to prevent a prolonged decline. On February 12th, we published A Serious Threat to Weed Stock Values, explaining Canada’s predicament:

“If Canada fails to become a leading exporter of marijuana (which means other major markets will have to legalize and allow imports), many of its largest producers could be range bound, failing to deliver meaningful returns for investors, or worse. Canada’s marijuana market is not big enough to support many of the valuations of January, or today, for marijuana producers.”

Marijuana Stocks Still Move TSX Venture Up or Down

To conclude our March 30th review of the marijuana sector in Canada, titled The Biggest Influence on the TSX Venture, we stated,

“As a final caveat, if the CMI breaks 632, look out; it is likely to go much lower in the short-term.”

Days later, on April 3rd, the Canadian Marijuana Index broke that key level and immediately fell to its lowest price since the run-up began in December of 2017.

The red circle represents the 632 level. While the index has not put in a firm bottom, support is building around 600.

The potential for Canadian marijuana valuations to significantly increase from current levels has everything to do with the emergence of the global medical and recreational marijuana market. Europe, South America and Asia are far behind Canada when it comes to modernizing laws about marijuana, and how to regulate it. As medical evidence supporting the use of cannabis continues to stack up, dozens of countries are anticipated to legalize within 24 months.

Partnership and Acquisitions to Lead Canadian Marijuana Sector in 2018

For a controlled substance such as cannabis, it is very difficult (not impossible) for Canadian firms to set up grow operations in most foreign countries. There are simply too many unknowns at the moment.

While exporting physical tonnage of marijuana to foreign countries may happen, the real winners, from our perspective, will emerge through partnerships and acquisitions. Canadian growers and entrepreneurs have been working overtime to secure licensing agreements and strategic relationships abroad. Canada has a great reputation in the cannabis space. There are dozens of markets hungry for Canadian marijuana expertise.

Domestic and Foreign Marijuana Markets | Both Sides Need Each Other

Remember, supply will quickly overwhelm domestic demand, as there are millions of square feet coming online this year and next in Canada. Hence, our interest in companies looking at securing strategic relationships abroad.

Most interesting, the “global medical marijuana market was led by the Americas in 2017 that accounted for a market share of over 52%.”

These numbers are expected to change substantially as Europe and Asia Pacific begin to open up to medical marijuana, and its many proven benefits. Remember the commodities rush to China and Asia from 2004-2010? A similar rush to foreign marijuana markets is about to begin.

Consequently, one look at the global market and anyone can see the opportunity for growth is staggering. According to a new report from the Brightfield Group, a cannabis market research firm,

“The international market for cannabis is projected to hit $31.4 billion by 2021.”

This accounts for a compound annual growth rate of near 50%. The firm estimates the global market will be worth $31.4 billion by 2021, from $7.7 billion in 2017. The main catalysts for this growth are countries in Europe and South America legalizing medical and/or recreational marijuana. Above all, the most startling fact is:

“The U.S. currently drives 90 percent of global cannabis sales, but its share will drop to 57 percent by 2021.”

The U.S. will not be decreasing the amount of marijuana it consumes; on the contrary, it will be increasing production and consumption like most everywhere else. The world is embracing medical cannabis, and Canada’s leading role as both a potential supplier of product and distributor of expertise/services is a lucrative one. This is the opportunity for Canadian marijuana stocks to grow their valuations…

Canada’s marijuana sector has been hammered of late, but the next wave of enthusiasm from investors may be right around the corner. The vote to legalize recreational weed in Canada is set for early June. Most importantly, the list of countries desperate for know-how and superior medical product is long as they move toward legalization. The domestic rush may be maturing, but the global rush is just beginning. We will be writing about one relevant marijuana opportunity in next weekend’s volume. Stay tuned…