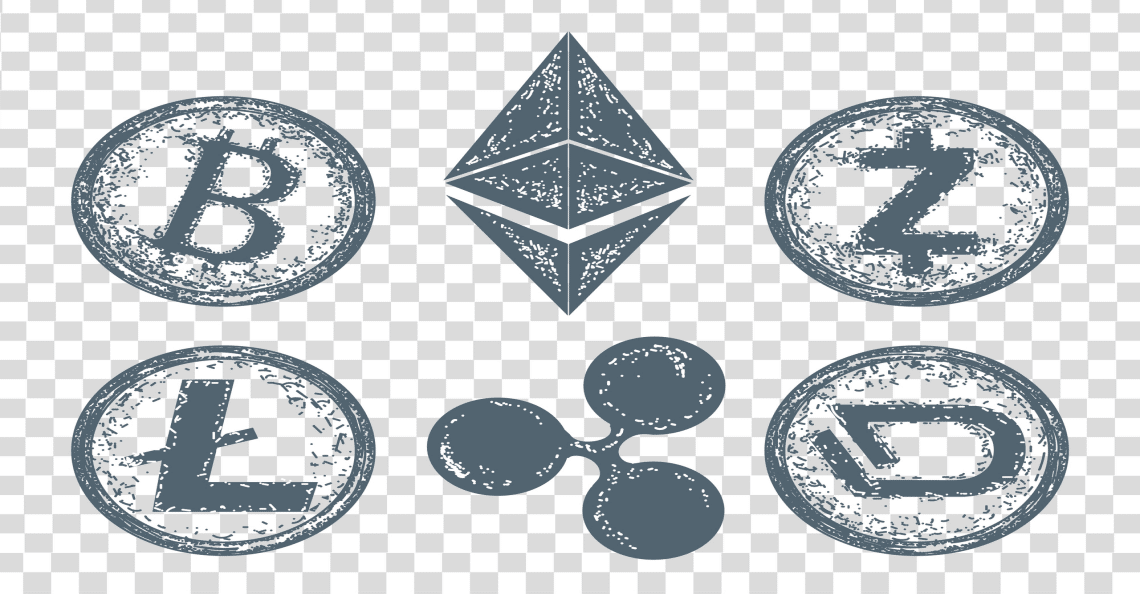 While the Dow’s 4.6% drop Monday shook confidence at largest institutions, it pales in comparison to the ongoing carnage of crypto stocks on the TSX Venture. Crypto stocks have broken support, falling in uniance Monday after Bitcoin and its counterparts collapsed in value. The Venture is now heavily weighted to the marijuana and crypto sectors and moves up and down with them.

Bitcoin fell to a low of $6,610.81 per coin Monday morning in North America. Its seven day chart shows a scary ride lower. 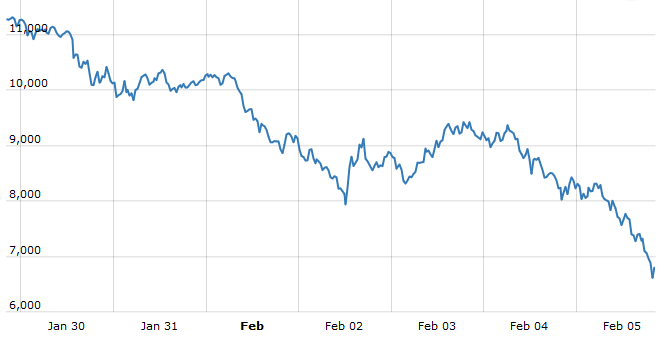 Bitcoin’s three month chart paints the story of late. The coin’s value went parabolic prior to Christmas, nearly touching $20,000 per coin. Consequently, it has blown off to the lows of early November, prior to its runup.

Bitcoin erases gains made in November and December 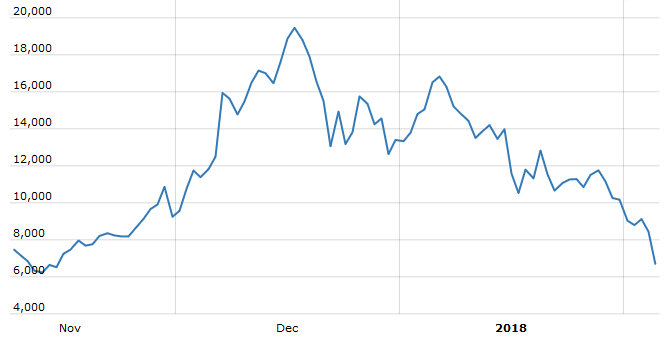 Bitcoin is not the only cryptocurrency in the midst of a collapse. Almost every digital currency has lost half its value in the past handful of weeks, including Ripple, Litecoin and Ethereum.

As a result, these declines are wreaking psychological mayhem on individuals and investors who’ve poured millions into crypto currencies and crypto stocks.

Hive Blockchain Technologies (HIVE:TSXV), the TSX Venture’s largest crypto stock by market cap dropped more than 10% Monday to close at $1.93. Its shares hit a low of $1.75 earlier in the session, but managed to bounce off its lows towards the close. Still, the leading cyrpto blockchain deal remains under heavy pressure, having lost more than $1 billion in market cap since its highs above $6 late last year. HIVE owns state-of-the-art GPU-based digital currency mining facilities in Iceland and Sweden, which produce newly minted digital currencies like Ethereum continuously. As the price of Ethereum and others cryptos collapse, so do HIVE’s future potential revenues. As the leader in the space, at least on the TSX Venture, expect it to be the first to rebound when Bitcoin and other cryptos catch a bounce.

360 Blockchain (CODE: CSE) is a much smaller crypto stock focused on the blockchain as well. The company is representative of the many junior, small-cap stocks which have entered the space in recent sessions. The company is focused upon identifying and empowering blockchain technologies applying to crypto-currencies, smart contracts, eSports, data management, the internet of things, equity trading, privacy applications and beyond.

On January 29th, 360 Blockchain announced plans raise $2 million by the issuance of units at $0.15 per unit in a private placement. While the stock had been grinding lowe for many weeks, it closed at $0.115 Monday. There has been no update as to the financing terms.

Global Blockchain Technologies (BLOC: CNX) fell 14% Monday to close at $0.91 on 3.2 million traded. BLOC’s description of its business is more vague than most blockchain or crypto-related stocks. According to the company, it “provides investors access to a basket of direct and indirect holdings within the blockchain space, managed by a team of industry pioneers and early adopters of all major cryptocurrencies.”

Another blockchain-related deal is BTL Group Ltd (BTL: TSXV). Its shares declined 4.29% Monday to close at $8.70. BTL is an enterprise technology platform provider that is developing Interbit, a proprietary next-generation blockchain platform. Via Interbit, BTL can help companies greatly reduce risks and costs by securely streamlining existing IT infrastructures.

Interbit is a fast, private, and scalable inter-connected blockchain platform. As company’s move their operations onto blockchain, companies such as BTL Group stand to benefit.

Finally, the last example of a crypto or blockchain related collapse is eXeBlock.

eXeBlock is a designer of custom, state-of-the-art blockchain based software applications. According to the company, these applications provide profitable, secure and efficient operating solutions to businesses.

Above all, back in November of 2017, eXeBlock raised gross proceeds of $6.2 million through an offering of 17.7 million shares at $0.35 per share. The company’s shares began trading publicly in mid-November. After quickly hitting a high of $1.79 on millions of shares traded, it began its long steady decline. eXeBlock closed 12.86% lower Monday just off its intra-day low at $0.305 per share.

Crypto Stock Chaos Not Over

Ask anyone who’s invested in crypto deals over the past six months on the Venture and they will say the same thing: valuations got ahead of themselves. Like loud music drawing people into a backyard party, thousands of new investors had to see what was going on.

Two things have changed since late last year and even early January when many crypto stocks were hitting all-time highs. The price of Bitcoin and most cryptocurrencies have been cut in half; and, in some cases reduced to one third the value or less from their respective highs of a few weeks ago. Consequently, these types of losses force owners to question the downside risk and viability of cryptos in our current economic environment. Imagine if the U.S. Dollar lost 50% of its value in a few weeks? There would be riots in the streets. Can governments allow their citizens to invest, in some cases, vast sums, into such volatile currencies? Regulatory oversight has increased to the detriment of Bitcoin and other cryptos in recent months. Governments do not and cannot support many of these cryptos, leading to scrutinization and a crisis of confidence for many.

Sadly, the bloodbath is likely not over in crypto stocks. Finally, for that reason alone, the TSX Venture is heading lower before it stabilizes and rebounds.