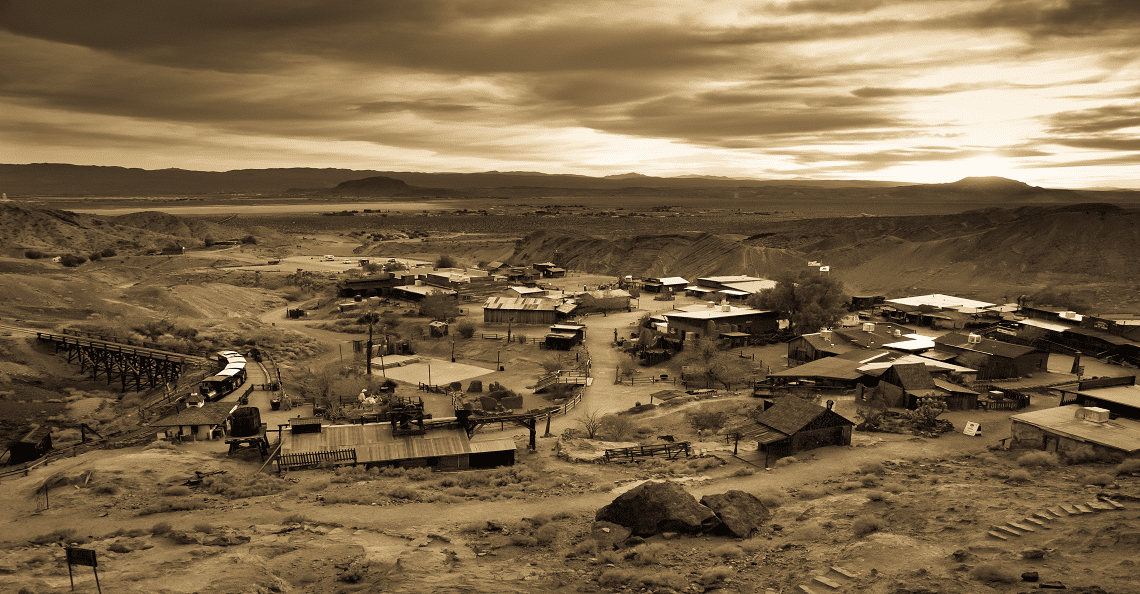 Many years from now, investors will talk about the bull market for gold miners that began in 2019/2020.

They will reminisce about the premiums major miners paid for previously unknown juniors; and how historic stimulus and money printing took the precious metal to all-time highs.

Of course, they’ll also talk about who got rich and how they ‘almost’ bought into that junior explorer that went up tenfold…

Many of us remember the last great bull market for gold, which began in 1999 and ended in 2011. In the years since then (which included about a 5-year bear market for gold), the foundation was laid for junior gold explorers to thrive in today’s bull market.

Two of the key reasons juniors may outperform in this bull market include:

These two factors continue to threaten the long-term outlook for many senior producers while positioning juniors with large deposits to be acquired.

Declining reserves and a lack of new major gold discoveries are both related to depressed exploration budgets over the last decade. However, the tide has recently turned, with hundreds of millions of dollars flowing into junior explorers and developers since the COVID-19 crisis began.

With numerous exploration and development programs now underway, the floodgates for drill results and corporate updates are opening.

Kevin Murphy, a Principal Research Analyst with S&P Global Market Intelligence, published a revealing report in June of 2020 titled, “A Decade of Underperformance for Gold Discoveries.”

According to S&P Global’s analysis, miners have failed to make a single major gold discovery in the past three years. Furthermore, of the 278 deposits discovered over the past 29 years, only 25 discoveries were made in the past decade.

Murphy offers a possible explanation for the shortfall in major gold discoveries, stating,

“The lack [of major gold discoveries] is driven by exploration focusing on older discoveries and later-stage assets. While there are still plenty of gold assets to be developed, the lack of new major deposits being discovered means that the project pipeline is increasingly short of large, high-quality assets needed to replace aging major gold mines.” 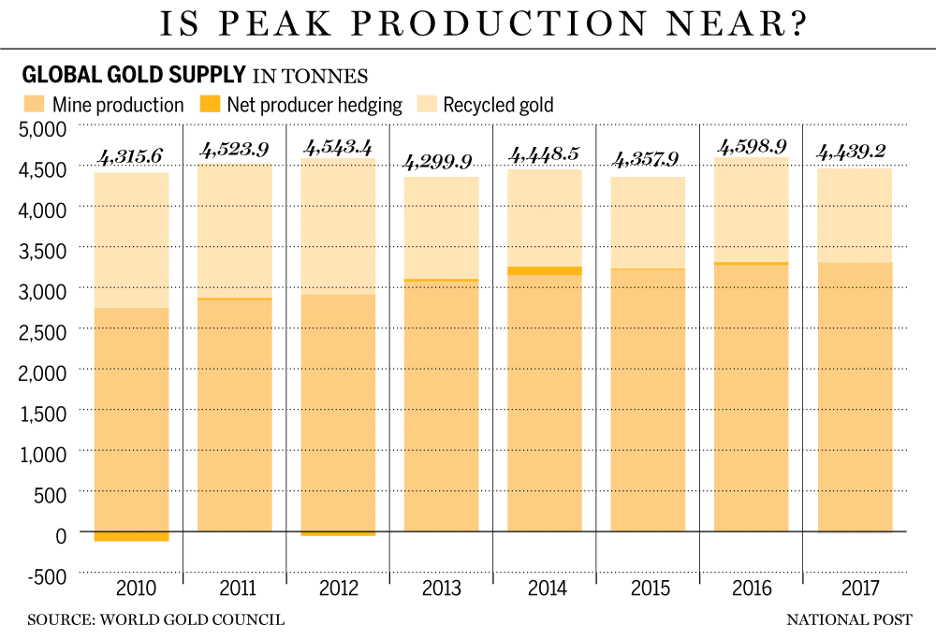 And even with the price of gold recently breaking records, mine production continues to fall.

H1 Gold Mine Production Falls to Lowest Levels Since 2014

The problem is that gold production has been near flatlining since 2015.

Following Barrick’s US$6 billion acquisition of Randgold in 2018, Newmont acquired Telfer’s Goldcorp in a deal valued at US$10 billion in early 2019. As majors consolidate, the problem of new reserves is not going away. For many majors and mid-tier gold producers looking out 5-10 years, this is the elephant in the room.

According to the Globe & Mail,

“[Mr. John Ing, an analyst with Maison Placements in Toronto,] says more M&A at the top of the gold market is necessary because of depleting gold reserves.”

“The industry’s problem is reserves, or lack thereof.”

Why Gold Miners Are Desperate for Reserves

When comparing the valuations of miners from 2011 to now, one must ask the question: why are some of today’s miners relatively cheap, despite gold recently hitting a record high above US$2,000 an ounce? 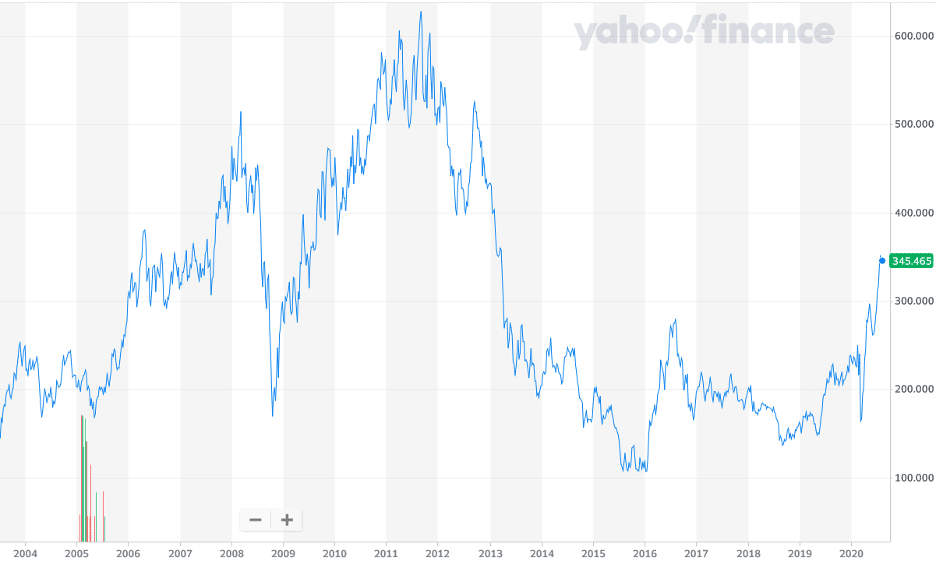 According to S&P Global,

“The median all-in sustaining cost, or AISC, was US$923 per ounce, down from US$947/oz in the third quarter across 17 firms with reported production over 500,000 oz in 2019, according to S&P Global Market Intelligence data. . . In the fourth quarter, costs declined for 11 of 17 miners analyzed.” 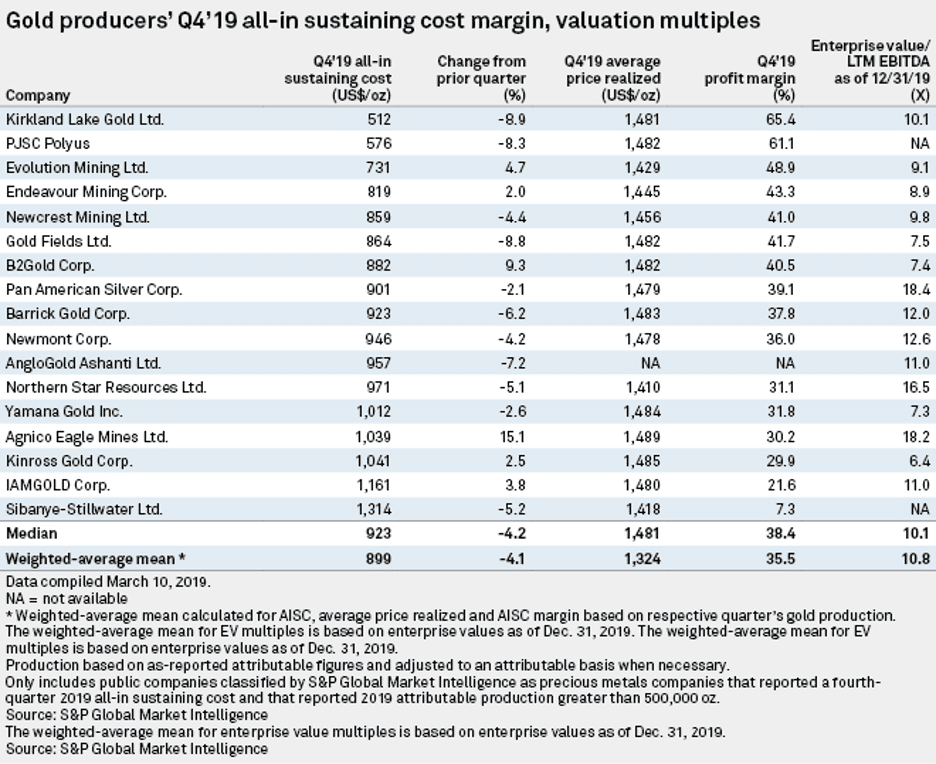 Despite many gold producers being in a position to realize significant profits, the market appears to be concerned about reserves and where the next generation of gold mines will come from. As a result, many majors trade at significant discounts in comparison to their 2011 highs – as much as 50% or more based on stock value.

The value placed on juniors will likely increase as they emerge as the primary source of new reserves for majors.

Hundreds of drills are turning around the world right now, which will inevitably deliver an avalanche of news flow to the investment community. Once the first new major discovery is made, big money will move into high-quality junior gold stocks, enabling valuations to rise.

While most grassroots exploration projects have been on hold for nearly a decade, gold’s record price is bringing risk capital back into the sector. Hundreds of millions of dollars (via financings) have poured into TSX Venture listed juniors over the past four to six months, setting up a phase of exploration the likes of which we haven’t seen in years.

Canadian Miners Are Ready to Capitalize

Gold’s rather sharp sell off this past week has done little to dampen our enthusiasm for the precious metal, given that it is still up roughly 25% on the year. For further context, we believe a correction was inevitable, considering how quickly gold bulldozed through US$2,000.

“Canadian miners are like cockroaches, man, you can’t kill us.”

In the interview, Telfer went on to explain that,

“These little companies, they find a way to borrow, lease their assets, buy back equipment, do this, do that, you just can’t kill them. They’re survivors.”

For those ‘cockroaches’ still in the game with quality assets, survival mode has transformed into attack mode. Many of these junior miners have already doubled or tripled in value this year, raising tens of millions of dollars to fuel their exploration programs along the way.

With gold breaking out above US$2,000 an ounce in August and risk capital returning to the sector, history will be made as Canadian explorers take to the hills to do what they were designed to do: make new discoveries.