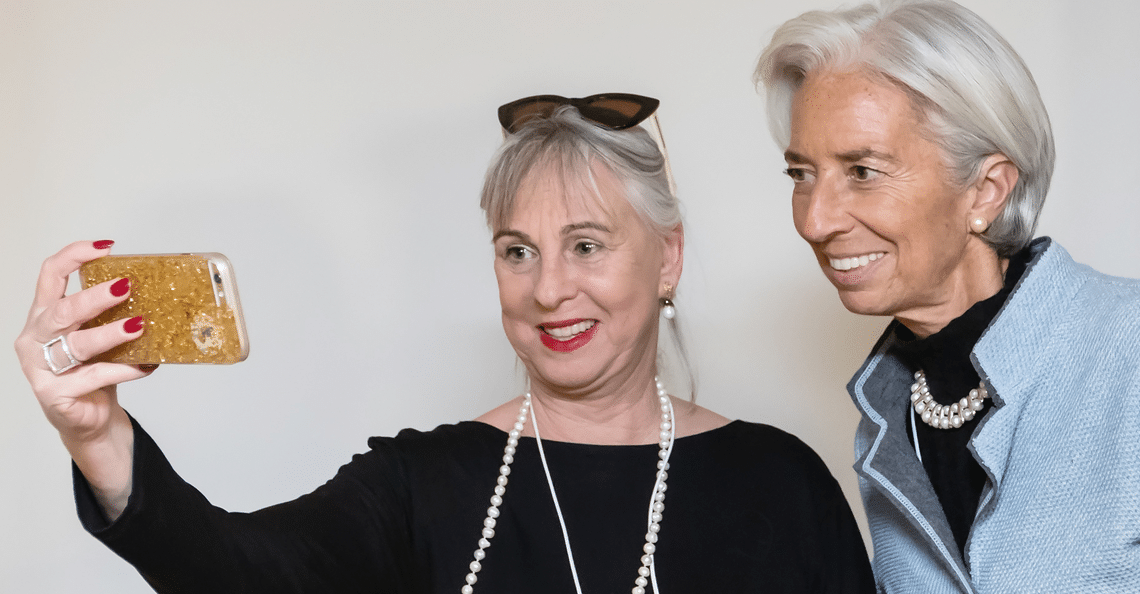 Christine Lagarde appears to be warming up to cryptocurrencies. For crypto juniors on the TSX Venture a rising Bitcoin price is a welcome change.

In a recent blog post, Ms. Lagarde came out in support of cryptos. The current head of the IMF seems to be waking up to the reality of a changing global financial system. The market for both cryptos and ICO’s is strong at the moment.

As recently as last month, Ms. Lagarde called for a crackdown in the crypto space. Now she has said that the diversity cryptos offer could create a, “financial ecosystem that is more efficient and potentially more robust in resisting threats.”

The efficiency that cryptos offer is a diverse subject. While Bitcoin transaction are not very fast, other platforms like Dash have shown that cryptos can settle trades speedily. The existing financial system has trouble streamlining many kinds of payments.

Proponents of blockchain based payment systems argue they provide a new way to cut time and costs.

What people use as currency varies. Most people want a stable currency. This makes Mr. Carney’s view realistic, as volatility is pervasive amongst cryptocurrencies.

A recent report from Barclay’s adds credibility to Mr. Carney’s position. The British bank’s report describes the market for cryptos in the parlance of a disease. According to their analysts, the public is now ‘inoculated’ against cryptos.

During the rally in prices last year people everywhere wanted to get in on the action. There is a huge appeal in getting rich quick for anyone. However, as the boom quickly turned into a bust, things changed. Now most have abandoned their hopes of getting rich; however, the mainstream financial media is jumping back on the Bitcoin train after a few solid weeks.

Bitcoin is on fire and continuing its rebound from below USD 7,000. Bitcoin was up almost 5% Tuesday to USD 9,340.61. The rise of the world’s most significant cryptocurrency is fueling confidence in many smaller, lesser-known cryptos which have been rising in tandem.

The bellwether crypto deal on the TSX Venture is Hive Blockchain Technologies (HIVE: TSXV) which is exploding higher with Bitcoin. Its shares were up 8.28% Tuesday to $1.70. HIVE is still down huge from its high of $6.75 from November.

In a Forbes article from this morning, the writer attempts to simplify the recent market action:

Fran Strajnar, CEO of Brave New Coin, a data and research company focused on the blockchain and cryptographic assets market talked up the fundamentals of Bitcoin recently. He noted,

“Recent improvements to its lightning network and outside forces from regulators are both bringing investors back.”

The Attorney General (AG) for New York, Eric Schneiderman, thinks consumers lack “basic facts” about cryptocurrencies. He cites this as the reason for his new investigation into the emerging asset class.

As the entire space rose to prominence regulators in the US have been slow to act. The AG went on to state that he thinks of cryptos as a, “highly speculative sector, featuring significant volatility, instability, and risk. Moreover, published reports indicate the sector has attracted fraudsters, market manipulators, and thieves.”

There is no doubt he is correct. Telegram’s ICO was subject to at least one major fraud. Crypto exchanges have been the target of numerous successful hacks. One Canadian based crypto firm was even robbed at gunpoint!

Other nations have also pledged to up the regulation on cryptos.

The government of Taiwan has pledged that crypto regulations will be in effect by this November. Unlike North America, Asian nations have been much faster to regulate the crypto space. China has banned the trade outright, and South Korea is working on broad-based industry controls.

There is no telling where these cross-currents will take the price of today’s popular cryptos. Bitcoin seems to have reacted positively to Ms. Lagarde’s new found affection for cryptocurrencies. Consequently, as time goes on increased scrutiny could be troublesome for crypto values that offer little in the way of yield.