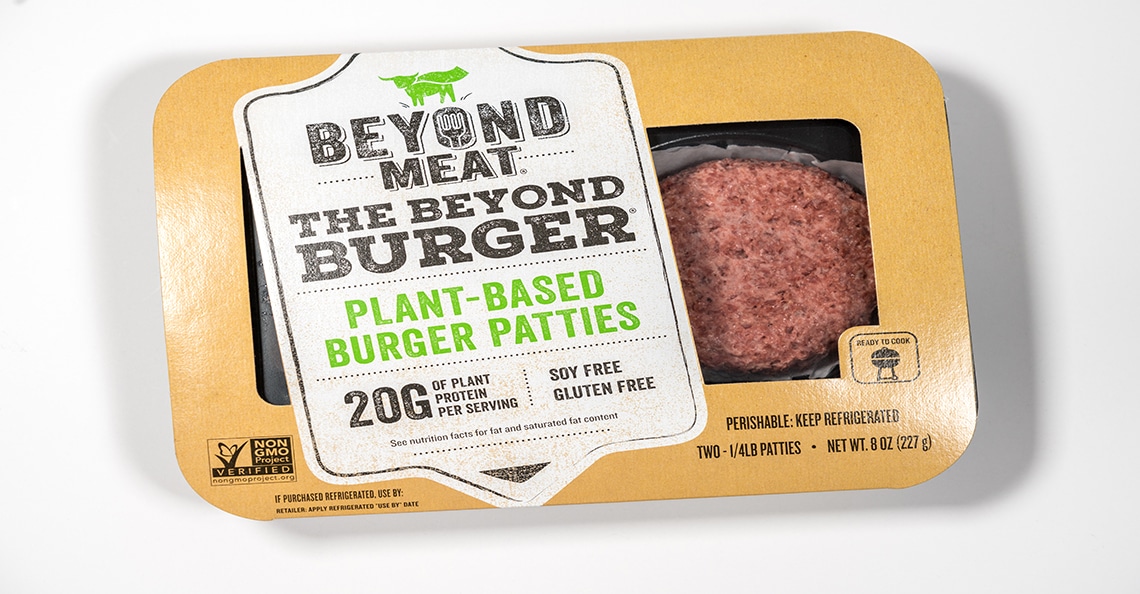 Thanks to an impressive earnings report that beat analyst expectations, Beyond Meat’s share price has spiked 87% in just two days.

The faux meat producer’s rise has been nothing short of meteoric.

“Shares of the company [Beyond Meat], which started trading on May 1, gained as much as 34% on Monday, touching a record high of $186.43. The shares are now up a staggering 646% from the initial public offering price of $25.“

But Beyond Meat isn’t the only company attempting to rule the meat-free world.

Beyond Meat’s main rival, Impossible Foods, just closed a $300 million fundraising round last month. The company has raised more than $750 million to date.

“I can tell you in all honesty at this point we’re not thinking of an IPO at all,” he said. “We have plenty of money to do the things that we want to do right now. And we want to really focus on just scaling our production, pushing ahead on further on R&D and so forth.”

So why are investors throwing so much money at meatless food technologies?

Well, proponents of plant-based diets argue that cutting meat out of the human diet can reduce the risk of cancer and heart disease, decrease greenhouse emissions, and save valuable land and water resources.

In an effort to quantify just how impactful plant-based meat substitutes can be, Impossible Meats undertook an environmental lifecycle analysis of their Impossible Burger 2.0 in March 2019.

Impossible Foods found that when compared on a kilogram-to-kilogram basis, the Impossible Burger took 96% less land, 87% less water, and 89% less emissions to produce than a regular beef burger.

With statistics like that, it’s no wonder why investors are flocking towards meatless foodtech companies like Beyond Meat and Impossible Burger. The best investment opportunities are companies that have a quantifiable impact on the world we live in.

If you haven’t signed up for the August 2019 Stock Challenge yet, be sure to do so here! Only 20 days remain in this month’s challenge…