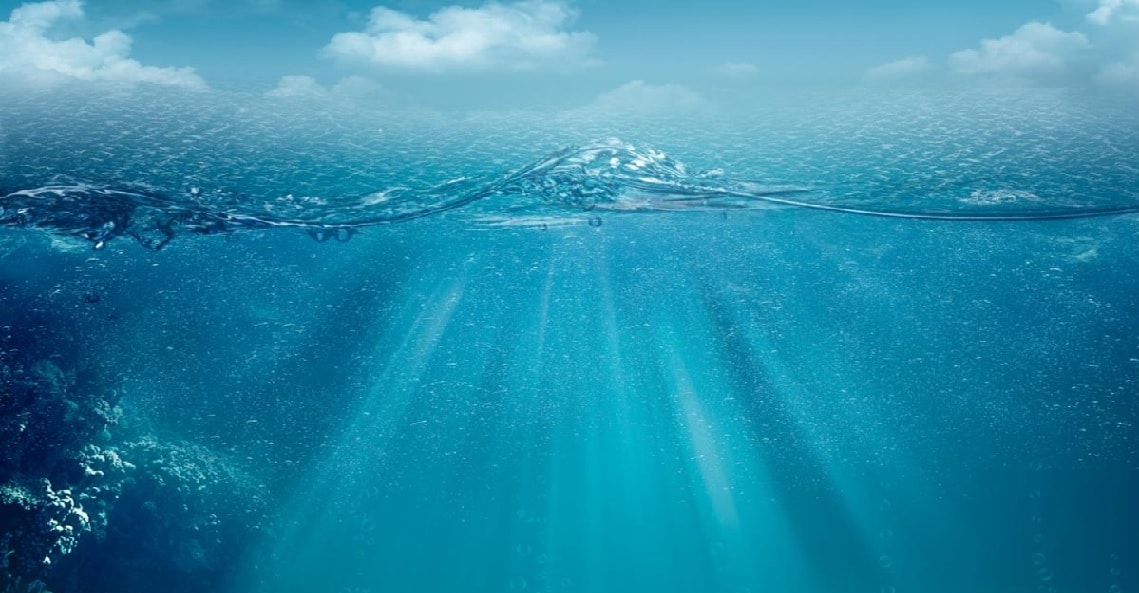 Growth in margin loans and retail investor participation are soaring alongside rampant speculation, we may be nearing a market top – at least for the short-term (click here for more information on seasonality factors at play).

These phenomena have been on full display in recent weeks (e.g. GameStop), with the latest example being silver’s surge in value…

Following a now-removed post on the wallstreetbet’s subreddit titled, “the biggest short squeeze in the world $SLV Silver $25 to $1000,” a single-day record of $1 billion flowed into SLV, the world’s largest silver-backed exchange-traded fund (ETF). While the recent move in silver pales in comparison to those of “meme stocks” like GameStop, AMC, Nokia, and Blackberry, it provides further evidence of retail investors’ growing impact in the capital markets.

In today’s Weekly Intelligence Newsletter, we’ll explore the unprecedented growth of margin loans and the retail trading mania. Most importantly, we’ll touch on how this evolution could affect portfolios, both large and small.

While ‘short squeezes’ make for great headlines and the mainstream media ogles over who the Reddit mob’s next target could be, there is a more concerning trend just below the surface that almost no one is talking about – soaring margin loans in the United States. It happened in a similar way before the dot-com bubble and again before 2008.

However, today we are seeing something that makes those margin bubbles look almost mild. Real margin debt growth, represented by the red line below, looks reminiscent of a hockey stick chart.

The below chart is adjusted for inflation, showing the incredible rise in equities and margin debt:

When everything goes up (seemingly endlessly) everyone becomes an expert and delusions of “diamond hands” take over. Margin growth is now outpacing the peaks before the 2000 and 2008 market crashes. 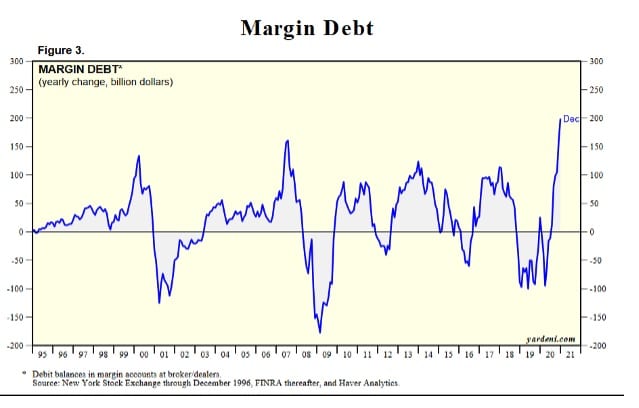 According to FINRA, debit balances in customers’ securities margin accounts climbed from $479 billion in March of 2020 to $778 billion in December of 2020 – a 38.4% increase. It would not surprise us to see this number exceed $1 trillion over the next few months, given the recent surge in liquidity and retail participation already recorded in January. Look at the monthly increases below:

While many of us know what buying on margin entails, Investopedia provides a helpful refresher:

Had they not borrowed funds, they would have only made $2,500 when their stock doubled. By taking double the position the potential profit was doubled.

Had the stock dropped to $2.50, though, all the customer’s money would be gone.”

The counterargument to our warning of the dangers of the rapidly increasing margin amounts is that interest rates are at record lows. So the theory is that margin is less risky – but we digress. 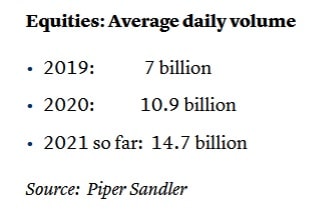 Now we have equity valuations, along with stock and options trading volumes, and trading on margin, all at record highs. While being at record highs is one thing, it’s the rate of increase – and where it’s coming from – that has us erring on the side of caution.

Repetto contributed some key data to a recent CNBC article titled, “Trading volume is up from 2020′s breakneck pace as retail investors jump in,”

“Repetto believes the majority of the gains are due to increased retail participation, for several reasons:

1. Record volume on the Trade Reporting Facility. The TRF is the “tape” that reports trades not done on the exchanges. It includes retail trades that are routed to market makers, as well as dark pools. The vast majority of retail trades (90%) are reported to the facility. TRF volume this month reached a record 48.6% of all trading. Repetto believes most of this is due to an increase in retail trading.

2. Trades at retail brokers are way up. The average daily volume of the largest e-brokers in December was 6.6 million shares, a record. In January, average daily trades are at 8.1 million, a 23% increase.”

BNN Bloomberg highlights the liquidity frenzy, but also the unsophisticated nature of many market participants today, in a recent article, writing,

“Few firms illustrate the manic advance of penny-stocks better than Signal Advance Inc., a small medical firm in Texas that soared after Elon Musk urged in a tweet for his followers to ‘use Signal,’ a messaging app. After an 885% rally in the middle of Monday’s trading session, Signal Advance briefly became a nearly billion-dollar firm, just hours after its market-cap was roughly $7 million. Shares closed above $38 on Monday after trading below $1 for most of the past six years.”

These kinds of events are rare and do not happen without wild market euphoria. In all of our years as a financial publication, we have never seen anything like this.

With the Fed all but guaranteeing to backstop any market crash (think March 2020), investors are pushing their luck and driving valuations to record highs. As a result, online brokerages like Interactive Brokers are seeing explosive growth.

According to a MorningStar article titled, “Interactive Brokers January 2021 DARTs more than triple from last year,”

“The company [Interactive Brokers], which services traders including individual investors, hedge funds, proprietary trading groups and financial advisors, said January DARTs totaled 3,295, up 223% from the same period a year ago, and up 43% from December. Client margin loan balances at month end were $40.8 billion, up 49% from a year ago and 5% higher than at the end of December.”

Note: Daily Average Revenue Trade (DART) is a metric used in the brokerage industry. DART traditionally represented average trades per day that generated commissions or fees, according to Investopedia.

Needless to say, these are historic increases in leverage, and thus risk.

When stocks are rising, margin acts as an enhancer to gains and can be an addictive drug. But when stocks fall for any prolonged period, margin exacerbates losses.

With activity at retail brokers hitting new all-time highs, it appears the longest bull market in U.S. history (excluding the short-lived crash in March of 2020) has finally lured in Main Street.

A substantial portion of Main Street (retail investors) is now vested in the current rally – many on margin. The Fed and U.S. government cannot afford the markets to tank, as this would cripple Main Street.

And when Main Street is crippled, the trickle-down effect on the economy is disastrous.

“It is not our duty as speculators to be on the bull side or the bear side but upon the winning side.”

The market has no emotion. Humans, however, are another story. The greed during periods of market euphoria is palpable. And right now, it could be cut with a knife.

The market still has room to run, and any significant correction will likely result in the Fed injecting liquidity – but that does not mean you shouldn’t proceed with caution.