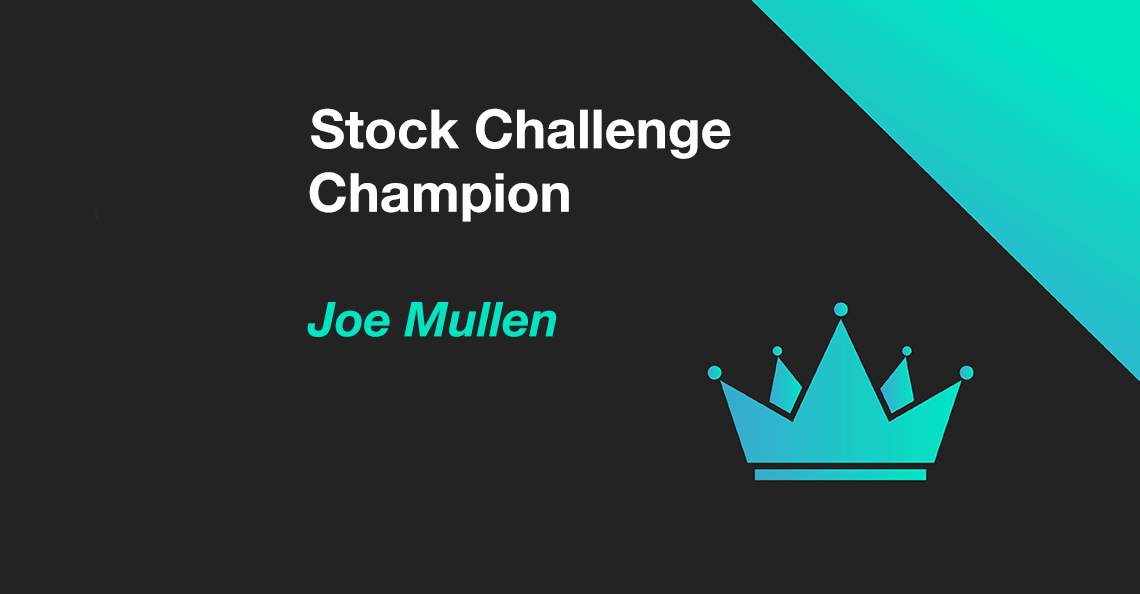 There goes the summer.

Before the kids head back to school, it’s time to take stock of what all transpired in a month that offered lots of ups and downs. Let’s start with the champ…

After one of the liveliest battles we’ve seen for first place in many months, member ‘Joe Mullen’ emerged victorious after staving off intense competition up to the final day of the contest! Joe Mullen closed the month in top spot with an average return of 69.81% from stock picks, Permex Petroleum Corp and, this month’s kingmaker, American Virtual Cloud Tech.

Congratulations Joe Mullen! This was a hard-fought victory. You can be proud of this one!

In 2nd place, member ‘Double Ns‘, more than 15% behind Joe Mullen, finished the month with an average return of 53.81% from stock picks, Nevada Sunrise Gold and Well Health Technologies. Last but not least, member ‘Uptrend‘ came in 3rd with 49.66% average return (less than 4% behind Double Ns) from stock picks, HPQ Silicon Resources and Nevada Sunrise Gold.

Congratulations to our top three finishers! Your hard-earned prizes will be on their way shortly. Please monitor your inbox (and spam folders) for a message from our support staff.

What a ride it’s been for the SCI! The index started the month comfortably above zero, reaching a high of about 7.5% in the 2nd week of the month. But then all hell broke loose…

For the ten days following the 12th, the Stock Challenge Index was in free fall, dropping below -2%. After a gentle surge back to zero, the index went crashing again after Chairman Powell’s hawkish Jackson Hole speech, sending the SCI to its August low of -4.41%.

More than 60% of this month’s 384 stocks yielded negative returns.

The biggest breakdown of all picks went to last month’s biggest breakout company, Toughbuilt Industries Inc. And just today, the Bed Bath and Beyond rally that began at the start of the month, thanks to a short squeeze generated by meme stock traders finally popped – allowing IT solutions provider, American Virtual Cloud Tech, to sneak in as top performing stock.

Up until this morning, Bed Bath & Beyond was the biggest breakout stock in the contest…by more than 20%! 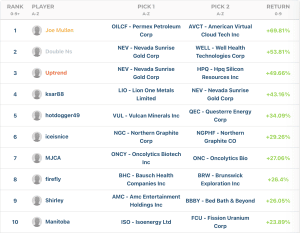 A cursory glance at the leaderboard hints at resource explorers being back in favor. Eight of the top ten players in the month’s contest selected at least one natural resource stock. However, combined, those stocks generated an average return less than 25%. So, although popular among Stock Challengers, natural resource stocks aren’t yet packing those heavy returns we’re used to seeing in small/micro caps.

August’s crowning stocks, American Virtual Cloud Tech and Nevada Sunrise, have not only decorated this month’s podium but also sent three players, all of whom are veterans, to the top of the leaderboard for the first time in their playing history! And that could be you next month…