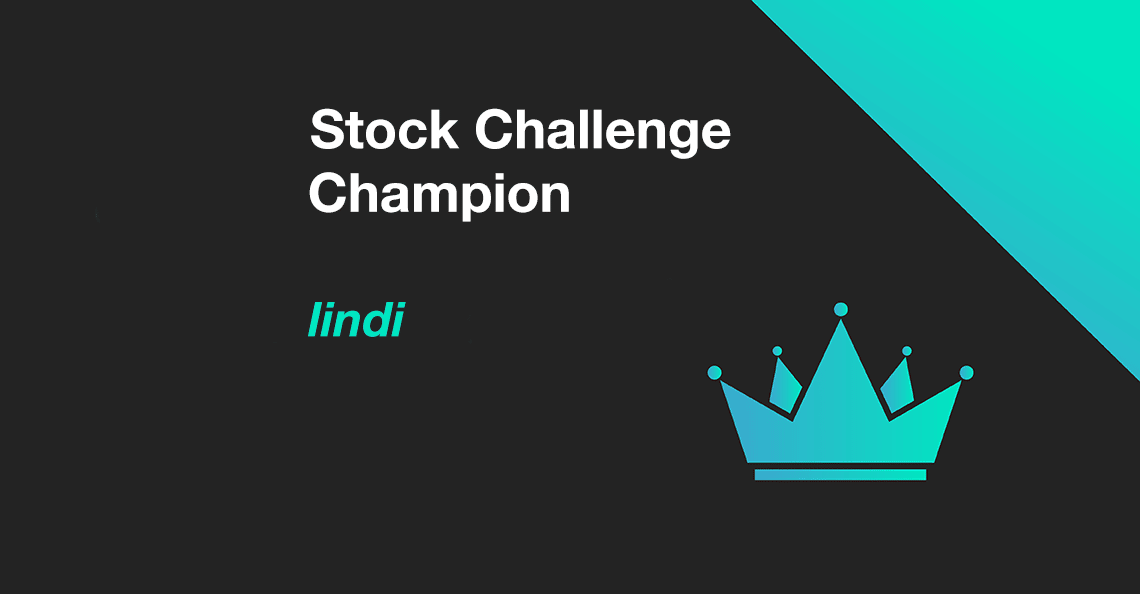 It’s the end of the month, and the time has come to crown our new champion!

Off an incredible run from NASDAQ-traded IMTE (Integrated Media Technology Ltd), veteran player ‘lindi’ finishes the month in top spot with a 60.64% average return. Congratulations lindi! Not bad for a first time finish in the top ten!

‘quantumx’ finished in second place with a 46.66% average return after picking two top performing mining stocks (Vulcan Minerals and Atlas Salt). And finally, ‘MichaelE’ clinched third place with an average return of 37.91% due largely to another tech company, Toronto-based Theralase Technologies, after the company’s stock lost roughly 40% of its value the previous month.

Congratulations to the three of you! Your well-earned prizes will be on their way shortly. Please monitor your inbox (and spam box) for an email from our support team.

After sinking to new lows in April, the SCI managed to recover a bit of ground this month, but we’re still stuck in negative territory.

Less than a quarter of stocks selected returned a positive yield; and, roughly 20% of players in May’s contest ended the month net positive.

Unlike the last several months, there’s a refreshing diversity in May’s top ten performing stocks. Resource stocks, although represented, weren’t as dominant as we’ve come to expect in Stock Challenge. Four out of the top ten this month were resource stocks and among the remaining six were tech stocks, finance stocks, and even a transport service company.

Evidently, Stock Challengers pinning their hopes on the resource sector are still the majority. Roughly 35% of the stocks selected in this month’s contest were from the mining/exploration heavy TSX Venture exchange. Also, eight of the top 10 players this month selected at least one commodity-based stock. 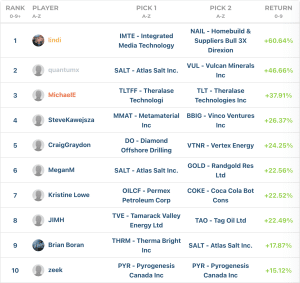 Clearly, investors are not as keen to dive into the markets nowadays as they were only a year ago. Read our TSX Venture Update: Trading Volumes Hit Record Lows piece to get a sense of the current sentiment collapse.

There are 5 hours left to enter June’s challenge. Get in before it’s too late.