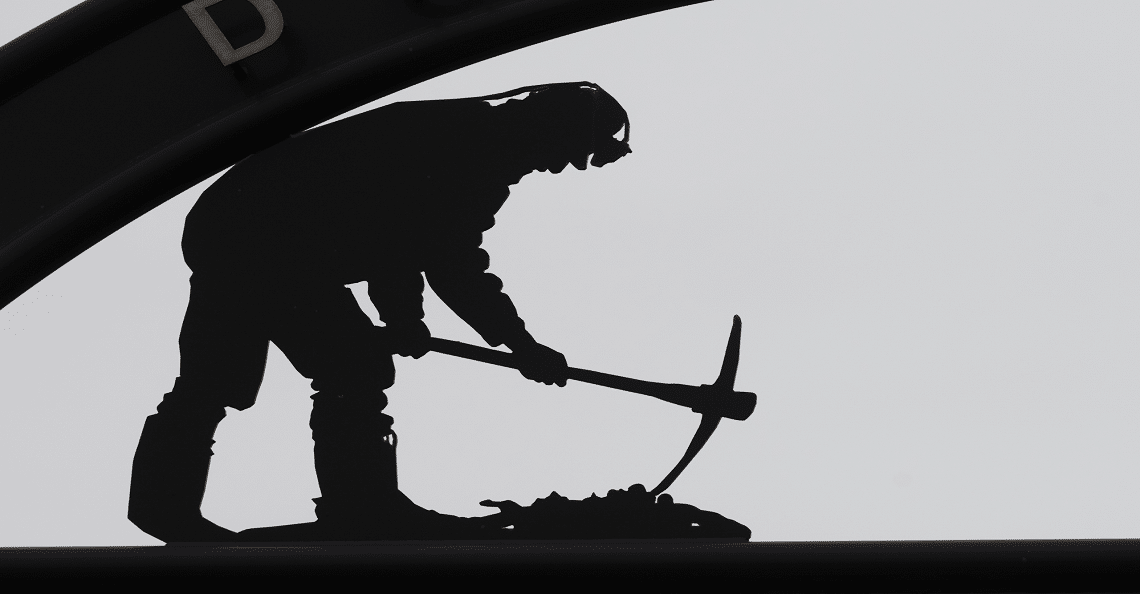 The TSX Venture is putting together one of its best seasonal moves in a decade. Up 19% or about 100 points from its low of 528 on December 24th, the exchange is on fire. And, while cannabis stocks are still by far the hottest sector in Canada’s small-cap market, the longtime backbone of the exchange is coming alive.

For the first time in years, investors are buying up shares in TSX Venture listed mining issuers. While the cannabis craze continues to buoy the junior markets and led to the initial rally in late-December and January, another sector is beginning to play a role. Mining.

The TSX Venture is the world’s junior mining exchange. More junior miners list here than anywhere else. Historically, about 60% of the Venture’s make up consists of mining issuers. It’s what historically carries the exchange to epic highs and devastating lows.

Consider that February of 2011, was the last period the exchange saw total volume of 200 million shares exchange hands on a single trading day. In the past few years the Venture averages between 40-60 million, although there was a period last year that saw consecutive days above 100 million.

The TSX Venture traded for 2,423 on that day in February 2011, and gold was still seven months from hitting its all-time high above $1,900 per ounce. Nothing has been the same on the Venture since gold began its collapse and the mining sector entered what has become a rather long and brutal bear market.

Gold is back above $1,300 per ounce, after a slew of historic deals…

Buyouts and Mergers May Signal Bottom

In 2018 and early 2019 two of the largest mining deals in history took place. In September, Barrick moved to acquire South African gold producer Randgold for US$18.3 billion. The deal was finalized in December and formed a giant global gold producer.

Then, in mid-January, Newmont Mining moved to take over Goldcorp in US$10-billion acquisition. Four of the world’s largest gold producers became the two largest. Consolidation happens at the top and the bottom, and we are not at the top. Gold has languished since 2011 and only recently crept back above $1,300 per ounce.

While gold will need to rally above $1400 or even $1500 to get the institutions and speculative capital flowing, some investors aren’t waiting.

Equinox Gold (EQX: TSXV), with a market cap of more than half a billion is one of the Venture’s largest gold deals. After touching a 52-week low of $0.85 in late-November, the stock is up more than 30% in recent weeks.

Its shares hit $1.11 yesterday, but most interesting is the increase in volume.

After flatlining for years, volume began to uptick into 2018 and continues to increase. More than 1 million shares exchanged hands on January 4th – its highest trading day in months.

Victoria Gold (VIT: TSXV) is a company we’ve written about for nearly ten years. Developing the next gold mine in Canada’s Yukon the stock was all but forgotten in recent years. The company did what few thought possible in March of 2018 when it put together a comprehensive C$500 Million financing package for its Eagle gold project. Designed to take the project through to production and provide funds to continue construction, Victoria has proved the doubters wrong.

While its shareholders were not rewarded initially, its stock has come alive in recent weeks. After trading in the low to mid-30 cent range for much of 2018, its stock hit a new 52-week high of $0.52 on January 31st.

While the markets have treated some well, others have been kicked to curb. Darlings Rusoro Mining and Sokoman Iron Corp., which both made substantial discoveries in 2018 have seen their valuations and interest plummet. Still, there is an substantial amount of new support and increased liquidity for top tier TSX Venture miners. A good sign for the health of the overall exchange.

The TSX Venture finished the day up to 625 Monday. For an exchange many had written off in December, it is doing just fine. If you missed Historically, there is no better time to buy the TSX Venture from December 22nd, click here.

If gold continues to firm up and move higher, an undercurrent of support will move many junior miners higher. Hence, the entire index may be poised for a continuation of the last 45 days. Finally, a welcome change could be coming for the world’s junior mining exchange.