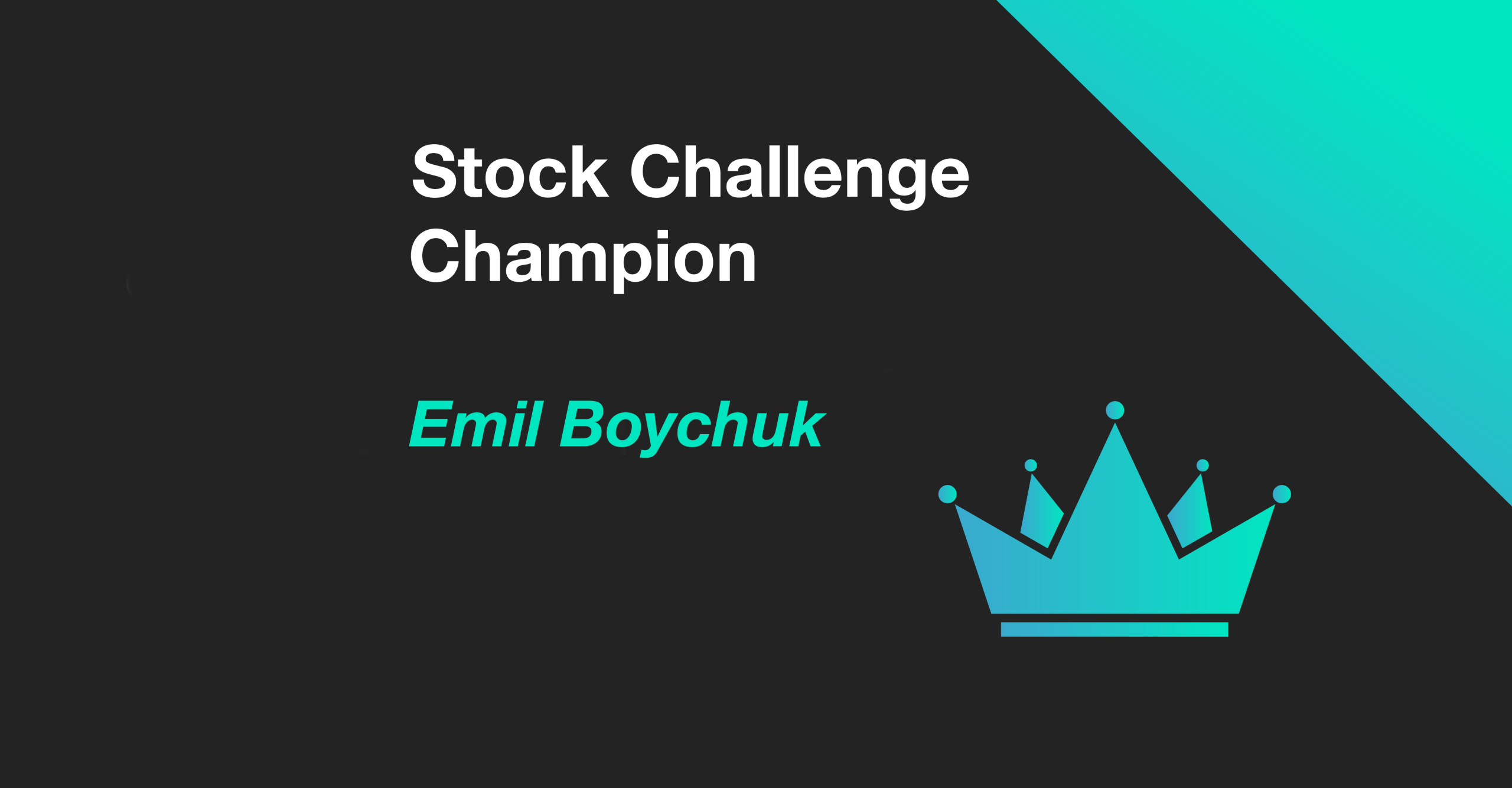 Save for oil and gas, January has been a rough ride for the markets. But before getting into any of that, the time has come to unveil our new champion…

After going all in with Canadian mineral explorer, Goldquest Mining, veteran member and faithful player, ‘Emil Boychuk’ wraps up the month in first place, with an average return of approximately 96.4%!

Congratulations ‘Emil Boychuk’! It was not an easy month to pull off this sort of victory!

Behind ‘Emil Boychuk’ is ‘avispa’, who’s back at it again, with a 2nd place finish and an approximate 82.04% return. Third place goes to member ‘AmeliaGD’ who snatches the final podium slot with an approximate 59.51% average return.

Congratulations to the three of you! Your hard-earned prizes will be on their way to you shortly. Please monitor your inbox (and spam box) for an email from our support team to help us get your prizes to you as fast as possible.

January has been brutal.

The Stock Challenge Index (SCI) finished the month at its lowest average since March 2020. Less than 25% of the stocks selected in this month’s contest generated positive returns. And, not a single exchange represented in January’s contest came out net positive.

Despite all of it, a few savvy players managed to find yield in what has been a pretty hostile market environment. Where, did you ask? Natural resources.

Eight of the top 10 players selected at least one natural resource stock last month. More than half of them selected exclusively commodity-based stocks.

Two of the top 3 performing stocks, Goldquest Mining and First Tellurium, are Canada-based juniors, focused on the exploration and development of precious/base metals, including gold and silver.

Meanwhile in the Energy Sector…

Oil and gas is definitely having a moment…

Four of the top 10 performing stocks in January (including the #1 performer) were oil and gas stocks. Crude oil (WTI) gained almost 16% in the last month. Brent crude briefly hit US$90 per barrel last week for the first time in more than seven years. And now, the consensus on Wall Street seems to be that Brent will reach US$100 by the summer! Investors will be keeping a close eye on both Suncor and Exxon as they release Q4 results tomorrow.

Sentiment towards crypto certainly took a turn for the worse in January.

Of the 524 stocks selected, only eight of those were crypto stocks, with a combined average return of about -25% (ouch!).

No doubt, the last month has been cryptos’ worst run in about four years. Bitcoin spent most of January in decline, down approximately 20% from the start of the year; and Ether, the no. 2 token, is down roughly 30% since the end of December. Fears of a new crypto winter might in fact be justified, especially given that on-chain loss selling of BTC has now become consistent, according to Cointelegraph.