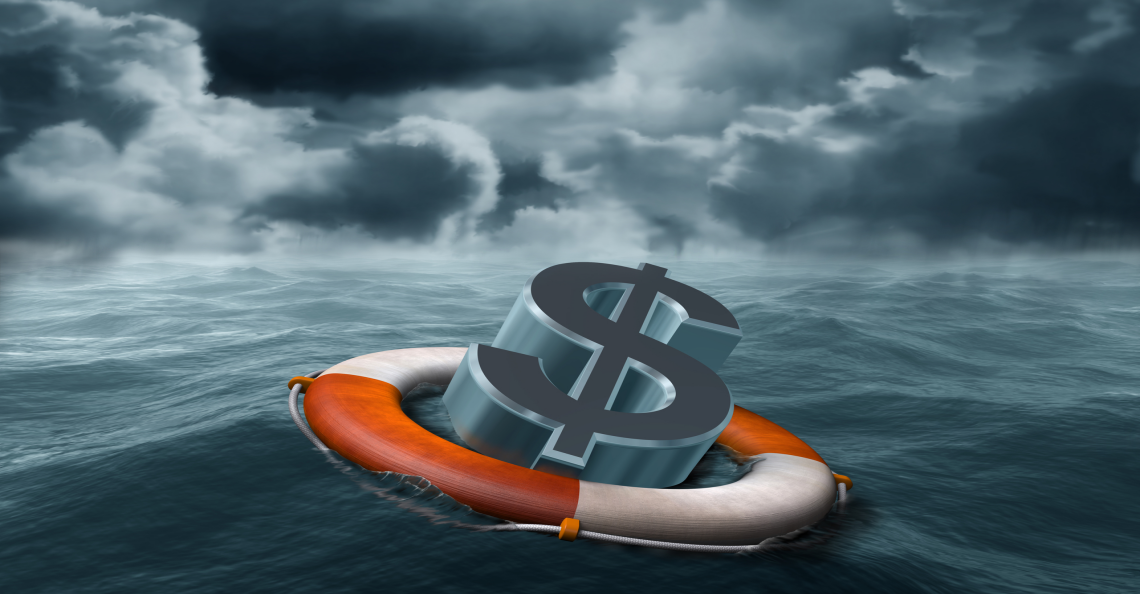 Every time a pundit predicts the Federal Reserve has lost control and the system is about to explode, it doesn’t. Let’s keep that in mind as we go through today’s Volume, but be cognoscente that with the largest monetary expansion in history already having taken place, (Fed’s balance sheet stubbornly above $4.5 trillion and U.S. national debt days away from $20 trillion) we are truly in unchartered waters…

Do not let the robust U.S. stock market blind you from the conundrum the Fed and Trump Administration still face – a U.S. economy in the throes of the weakest recovery in the post-World War II era.

The Fed and the Trump Administration are working in concert to create a rising inflation rate environment to drive the economy and erode debt. They need substantial inflation and GDP growth to keep the system built on debt alive. Their intent most certainly favors gold; and if we finally see inflation above 3%, which we believe the Fed has long hoped for, it is bullish for gold and gold stocks.

The Fed followed through this past week and raised rates 25 basis points. Rates moved from a range of 0.50-0.75% to 0.75-1% — a small yet significant increase given the weak Q1 GDP forecasts (less than 1%) in the United States.

The market almost instantly took its eyes off the rate increase, choosing to focus on Fed Chair Yellen’s indication there will only be two more increases this year (general consensus prior to last week was that there would be four rate hikes in 2017). The current ‘gradual’ rate increase strategy by the Fed is being interpreted by the market as dovish. This sentiment shift drove the dollar down while gold had its best week since early February, closing near $1,230 on Friday.

Brien Lundin, a friend of ours, and editor of the Gold Newsletter, shared his thoughts on gold’s price action in a MarketWatch article late last week, commenting,

“When the rate hike actually happens, they close out these trades by selling the dollar and buying gold.”

Lundin looked back to the previous two rate hikes that were ultimately bullish for gold, explaining,

Sometimes action by the Fed, be it a rate hike or cut, is better than no action. It forces the market to think about the delicate nature of the U.S. debt pyramid; and this naturally makes gold look promising.

Gold, Euro and the U.S. Dollar

Gold typically goes up when the U.S. dollar goes down – nothing new. After Europe’s establishment clung to victory in Holland last week, (far right-wing and anti-EU candidate Geert Wilders failed to defeat the sitting Prime Minister) a degree of balance in the global currency markets emerged…

If Wednesday’s outcome in Europe is any indication of what might happen later this year in France or Germany, perhaps the euro currency bloc can be saved. While we think this scenario is unlikely, market participants embraced it last week; and the euro surged, creating competition for the USD. A more competitive global currency market is great for gold. Unlike over the past two years, there is now more perceived safe haven options for currency buyers than just the USD.

The dollar’s losses did not end Wednesday following the Fed hike as it got hammered overnight when China unexpectedly tightened policy by raising its rates. The Dollar Index is now approaching its lowest level since the election. It seems the euphoria that surrounded Trump’s victory has somewhat dissipated.

The U.S. Dollar Index was poised to drop below 100 Thursday afternoon, declining more than a quarter point to a low of 100.24.

When the U.S. Dollar Index began to surge in October, gold and related equities began a multi-month collapse into December.

With the U.S. dollar finally reversing its upward climb against a basket of its peers, and Trump proclaiming many of America’s trade rivals as currency manipulators, pressure on the greenback may just be beginning. The raging inflation and dollar devaluation of the 1970s is a perfect example of what can happen when applied to gold stocks.

The raging inflation of the 1970s is a perfect example, albeit an extreme one, of what can happen to gold and related equities in a sinking dollar environment.

That environment of high inflation and a falling U.S. dollar created the greatest gold bull cycle to date. The 1970s gold bull market, which turned into a mania, ended in 1980 and produced returns few could have imagined.

Note the returns of some of North America’s largest gold producers at the time:

Now take a look at the returns of leading juniors during that period. Simply staggering…

The average junior on that list provided investors with the potential to make 23 times on their money. Note the starting date is from the low in late-December, an optimal period to initiate positions, particularly with respect to the performance of the TSX Venture. When inflation is rampant and a large segment of the market attempts to squeeze into the tiny gold space, beautiful things happen.

From industrial production to weakening GDP projections, the U.S. economy is showing signs that one of its longest-running expansions may be ready to contract. Yellen and Co. may soon have to do even more to boost inflation.

Industrial Production has never declined on a 24-month basis without the U.S. economy being in recession… it’s close to doing just that.

Here is a look at the growing disconnect between industrial production and the rising U.S. markets. Recession in the cards?

Shrinking GDP Growth and an Unwillingness to Spend

“The GDPNow tracking model dipped from an annualised growth rate of 1.2 per cent to 0.9 per cent last Friday, on the heels of the monthly employment report and Treasury statement. The data prompted a downward revision in expectations for consumption growth and spending on equipment and residential and commercial structures.”

What makes this revision so startling is that as recently as February 2nd, the GDPNow tracker was forecasting 3.4%, which according to the Atlanta Fed was largely dependent on the factory sector and construction spending.

Yellen always leaves herself an out and the U.S. economy contracting is one of them. Rates will be back to 0% – 0.25% if weak projections evolve into an official recession.

The velocity of money (VOM) is the frequency at which one unit of currency is used to purchase domestically-produced goods and services within a given period, according to the St. Louis Fed. Money printing, as we’ve seen, has not been enough to spark the VOM against relentless deflationary pressure brought on by fading purchasing power in a struggling U.S. economy.

As can be seen from the above chart, VOM fell off a cliff in 2008 and never recovered. While other industries and metrics have bounced back to one degree or another, the willingness of Americans to spend has never broken its downward spiral. The decline in the VOM is unprecedented in recorded history.

“If the velocity of money is increasing, then more transactions are occurring between individuals in an economy.”

We have been writing about this ominous indicator for years, and an uptick has yet to occur.

The Fed’s unwillingness to shrink its $4.5 trillion balance sheet has only been talked about by a few prominent investors and one Fed president. Minneapolis Federal Reserve Bank President Neel Kashkari released a statement Friday that went strongly against his colleagues at the Fed. CNBC reported,

“Kashkari said in a statement, the Fed should wait on raising interest rates until it publishes a detailed plan for how and when it will reduce its $4.5 trillion balance sheet.”

This is a surprising admission, and from a Fed president none the less! The fact Kashkari has no idea how the Fed will unwind its balance sheet is startling and should be cause for concern.

Until interest rates are at 3% and the Fed’s balance sheet has declined by a couple trillion dollars, the world’s most powerful central bank has accomplished little.

Yellen noted that the U.S. was closing in on its employment and inflation objective. When it comes to inflation, we can’t disagree. The data has been convincing in recent quarters.

We will be watching the U.S. Dollar Index and inflation rate closely over the coming quarters as they will provide the gasoline for a gold market that is heating up.