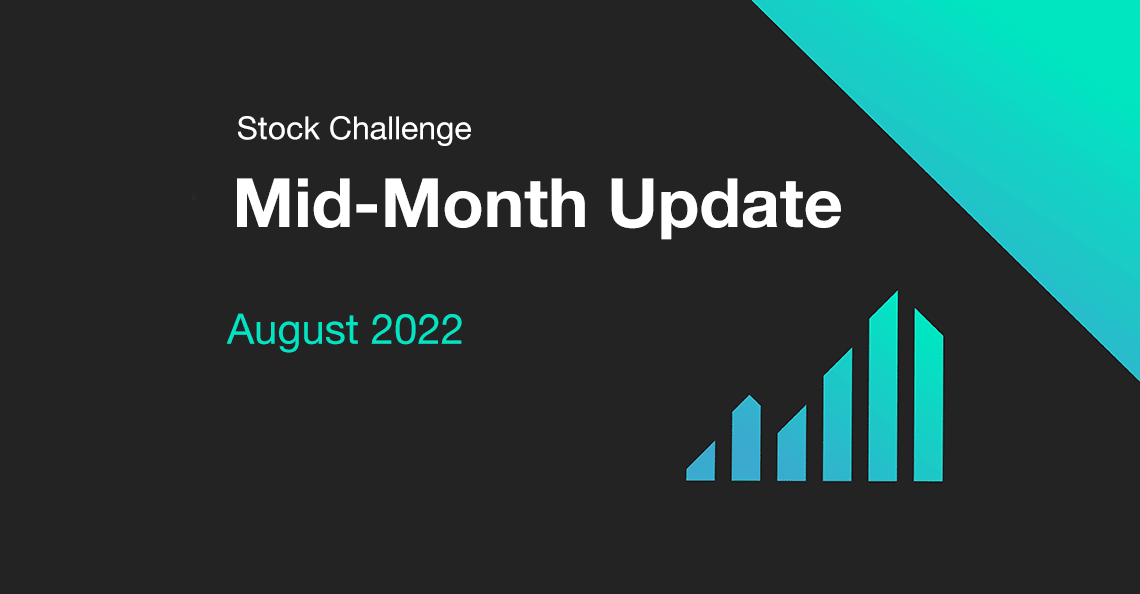 We’re at the halfway point of the month. And the market rally that began in July looks to be full steam ahead so far this August.

Cooling inflation, both south of the border and in Canada, could be restoring some confidence back into equity investors, who are becoming increasingly active in the markets again. For the time being, fears of a looming recession – although still probable – appear to be having less of an impact on market momentum and trading activity.

As highlighted, the SCI has been on a rally since the start of the month. Of all the represented exchanges, the NASDAQ is leading the rally with an average return of 13.46% so far, followed by the NYSE with 11.11% average return. Stocks from the two Canadian small and micro-cap exchanges selected in this month’s contest are at a combined average of 5.3% return – a significant uptick from last month’s 0.55%.

Bed Bath & Beyond, the undisputed top performer of the month so far, appears to have drawn the attention of the reddit crowd. The company’s shares were halted around midday today after its share price soared over 60% higher at an intraday peak of roughly $28.

Although member ‘Shirley’ is standing head and shoulders above every other contestant so far, our #1 player is walking on thin ice. The question on Shirley’s (and everyone else’s) mind is whether the BBBY rally will carry through to the end of the month. If it doesn’t, players from ‘bob parker’ to ‘Lubie1953’ will fancy their shot at bringing home the goods come August 31.

Best of luck for the rest of the month! Secure your September selections NOW, before someone else beats you to it. Get ahead of the rush.