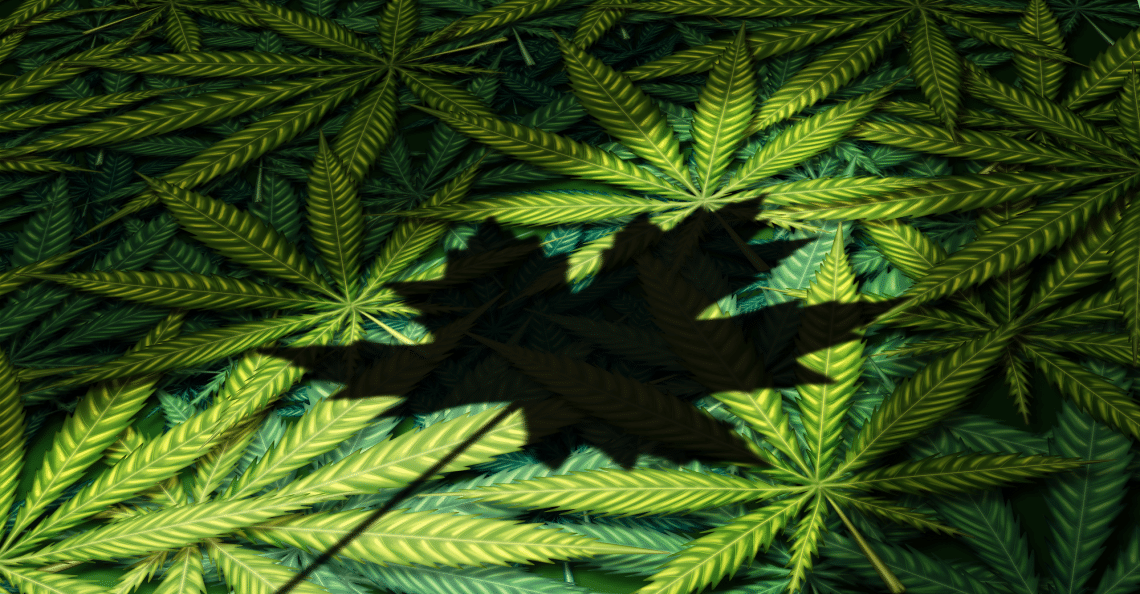 TSX Venture stocks have soared to new levels, led by marijuana stocks. Their respective market caps have reached the many hundreds of millions or even a billion plus; however, understanding why the Venture’s top stocks trade at these valuations is most important. Certainly, the TSX Venture is not the same exchange it was a year ago, or even six months ago. Tracking the leading issuers may give investors pause as to the direction of the exchange.

Coming in at number 10 is the People Corporation (PEO: TSXV). As a national provider of group benefits, group retirement and human resource services, People has been cashing in on a well defined trend. As millions of baby boomers retire each year, it is any wonder People’s value has ballooned to over $400 million.

While the company’s revenues have been growing for years, its EBITDA has recently taken off. Earlier this week, People reported its financial results for the quarter ended November 30, 2017.

Cobalt 27: the next Cobalt Streaming Company

At $453 million, Cobalt 27 Capital (KBLT: TSXV) has the ninth largest market cap of all TSX Venture stocks. The company describes itself as a minerals company offering pure-play exposure to cobalt. Cobalt, like lithium has stood out amidst a relatively quiet mining sector. The chemical element is an integral element in key technologies of the electric vehicle and battery energy storage markets.

Cobalt 27 owns over 2,982 Mt of physical cobalt and manages a portfolio of 7 cobalt royalties. The company appears to be working to replicate the success of Silver Wheaton, the world’s largest pure-play silver streaming company.

Cobalt 27 reports that it “intends to continue investing in a cobalt-focused portfolio of streams, royalties and direct interests in mineral properties containing cobalt, while potentially adding to its cobalt physical holdings when opportunities arise.”

With an approximate $456 million market cap, Westaim (WED: TSXV) just surpasses Cobalt 27 as the 8th largest stock on the Venture. A Canadian investment company specializing in providing long-term capital to businesses operating within the global financial services industry; seems like, this stock belongs more on the TSX than the TSX Venture.

The Company invests, directly and indirectly, through acquisitions, joint ventures and other arrangements. It has the objective of providing its shareholders with capital appreciation and real wealth preservation. Since trading to a high of $3.44 in early 2014, the company’s shares have been relatively range bound. Westaim closed at $3.17 per share Friday.

Enter the Realm of Marijuana Wealth

Marijuana-related companies dominate the Top 7 most valuable TSX Venture stocks; consequently, a whopping 6 of the top 7 most valuable stocks on the exchange operate within this sector. Most noteworthy is that Canada’s largest publicly traded growers are all in expansion mode.

Newstrike Resources (HIP: TSXV) exploded over 9% Friday on over 12 million shares traded to $1.44 per share. Newstrike hit a high of $3.30 earlier this month. HIP’s volume has been incredible in January, trading a few hundred million shares in less than ten trading days. It traded 43 million shares on the TSX Venture worth over 127 million on January 9th alone!

The former junior mining company is now the parent company of Up Cannabis Inc., a licensed producer of cannabis that received its cultivation license on December 19, 2016. Up Cannabis was granted an amendment to begin sales on January 5, 2018. Newstrike is partnered with some of Canada’s iconic musicians, including The Tragically Hip.

Earlier this week, Newstrike entered into a revised agreement with a syndicate of underwriters co-led by INFOR Financial and Cormark Securities. Previously targeting $50 million, the companies increased the size of the bought deal financing to $80,005,200 aggregate gross proceeds, representing 60,610,000 Units of the Company, at a price of $1.32 per Unit. Again, these types of oversubscribed financings represent a euphoric market segment. The company had a $569 million market cap at the close of trading Friday. For such a young, newly formed company, this is astonishing.

Staying in the marijuana sector, the next largest TSX Venture stock by market cap is Hydropothecary Corp. (THCX: TSXV). Standing at about a $613 million market cap Friday, the company’s shares have recently pulled back from an all-time high of $5.25. Hydrothecary is an authorized licensed producer and distributor of medical cannabis licensed by Health Canada under the Access to Cannabis for Medical Purposes Regulations.

Hydropothecary creates award-winning innovative products. Like most in the space, the company is rapidly increasing its production capacity in the lead-up to recreational adult-use cannabis.

Also, Hydropothecary is the first licensed producer in Quebec and headquartered there.

OrganiGram Holdings | One of the Originals

OrganiGram Holdings (TSXV: OGI) made investors a mint in 2014, at the end of 2016 and most recently after hitting an all-time high of $5.68. The company is a leading licensed producer of medical marijuana based in Moncton, New Brunswick. Consequently, OrganiGram has a market cap of about $645 million.

On January 16th, Organigram announced the entering into a memorandum of understanding with the Government of Prince Edward Island for the distribution of cannabis to the adult-use recreational market.

Billions in market cap and liquidity is sloshing around the weed space in Canada. OrganiGram is taking advantage of this cycle and announced a $100 million bought deal financing in mid-January. The Company intends to use the net proceeds of the Offering to fund its international expansion strategy, and to potentially expand into other regions in Canada and build a presence in the hemp market.

The name Wheaton, made famous by Silver Wheaton, originally the world’s largest pure-play silver streaming company. Now named Wheaton Precious Metals, it is the largest silver and gold streaming company in the world by revenue. The company finished trading Friday with a more than $12 billion market cap. Similarly to Cobalt 27 featured above, both companies are working to replicate the success of what is now Wheaton Precious Metals. By leveraging expertise and capital, Wheaton Income can mitigate its operational risk.

Also, known as just Wheaton Income, the issuer is a collective of entrepreneurs passionate about the past, present and future of the cannabis industry. The company’s mandate is as follows:

“…to facilitate growth for our partners by providing them with financial support and sharing our collective industry experience.”

On January 26th, 2018, Wheaton Income announced that IDP Group Inc. would become the newest participant in the Wheaton Licensing Program. As part of the agreement, IDP will become a significant streaming partner to Wheaton.

These are monstrous projects with dramatic long-term implications.

The IDP Group is not a new enterprise as its management team has decades of project development experience; first of all, including indoor agriculture, building design, lighting, HVAC systems, construction and project management. According to January 26th’s press release, the company has successfully executed over $1 billion worth of industrial development projects to date.

Furthermore, Wheaton Income comes in with the cash and additional expertise. Below is what Wheaton reports it will receive in return:

“As consideration for its licensing efforts and funding commitment, the Company will receive a minority equity interest in CannabisCo and a perpetual stream of 30% of all cannabis (or cannabis-derived products including any cannabis trim) produced at the Facility. The Company estimates that its cannabis stream from Phase I of the Facility will result in approximately 7,500,000 grams of cannabis per annum with a further potential to increase the stream’s output using the Cultivation Technology.”

With a 52-week low of $1.03 and a recent high of $9.68, Emerald is representative of the fortunes being made in the marijuana space. Certainly, these companies have led the TSX Venture back above 900 (despite recently falling below this level).

Through Botanicals, Emerald is authorized to produce and sell dried medical cannabis flower and medical cannabis oil. The company operates an indoor facility in Victoria, BC, and is building a 500,000 s.f. greenhouse on 32 acres in Metro Vancouver, with expansion potential to 1 million s.f. to serve the anticipated legal Canadian adult-use cannabis market starting in 2018. As a cautionary note, there is incredible amounts of supply rushing to satisfy this market. Almost every company is boasting hundreds of thousands of new square feet to grow marijuana. It will be interesting to see when supply finally outpaces to demand.

Emerald Health popped the proverbial top Friday morning when it announced that, together with DMG Blockchain Solutions, the companies have completed a letter of intent to form a joint venture, to be named CannaChain Technologies. The purpose is to develop a foundational blockchain-based supply chain management system and e-commerce marketplace for the legal cannabis industry. While its stock traded higher, it perhaps did not have the impact many would have thought. Blockchain and marijuana consist of the hottest TSX Venture stocks by far.

StorageVault | As Boring as it Sounds

Boring can be profitable. Ask a real estate or dividend investor. Likewise is the case with secured storage. Unlike the many marijuana-related deals featured above, StorageVault‘s (SVI: TSXV) business description consists of one sentence:

“Continued strong performance from our existing stores, combined with the successful integration of acquired stores puts us on pace to achieve our expected annual results.  In the third quarter, we closed $447.6 million in acquisitions, closed a bought deal raise for gross proceeds of $85.0 million and increased our same store NOI by over 10% year over year for the seventh consecutive quarter.”

With a market cap of more than $1.5 billion, no TSX Venture stocks come close to Cronos Group.

Cronos Group describes itself as a geographically diversified and vertically integrated cannabis company. It operates two wholly-owned Licensed Producers regulated within Health Canada’s Access to Cannabis for Medical Purposes Regulations. Also, it holds a portfolio of minority investments in other Licensed Producers.

The company has three core assets:

More than half of the top ten most valuable TSX Venture stocks are in the marijuana space. Capital and liquidity remain heavily weighted to this space and has to evolve in the coming months. As a result, look for some of these issuers to pull back before heading to fresh highs – some already have. It seems like Canadian retail investors have made up their minds: marijuana stocks are the place to be. Whenever there is such a clear consensus it cannot last. While I am not bearish on the sector and think long-term there will be huge profit potential in the space, it has to take a breather. Moreover, when it does, it will be great news for the forgotten gold and silver issuers desperate for investor interest.