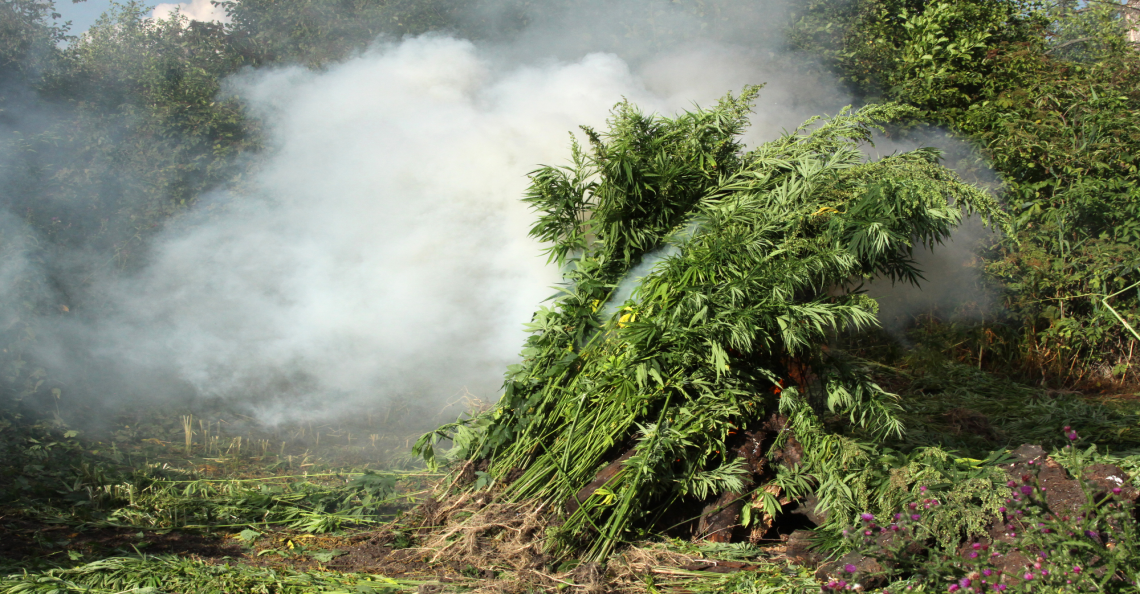 President Trump and Prime Minister Trudeau haven’t done marijuana stocks any favors in the month of March. The North American Marijuana Index has been battered in recent sessions, dropping from a February 21st high of 164.10.

The index was down slightly to 134.89 Tuesday. Axim Biotechnologies, one of the larger US-listed marijuana-related issuers was dragging down the index. The company’s shares fell hard, dropping over 5% to close at $9.010 per share.

Donald Trump’s Attorney General Jeff Sessions has the markets a bit roiled after saying he is “dubious” about the benefits of pot.

In a CNBC story titled Trump and his attorney general are freaking out the $7 billion pot industry, some of his more troubling comments are featured:

“Marijuana is against federal law, and that applies in states where they may have repealed their own anti-marijuana laws. So yes, we will enforce law in an appropriate way nationwide,” Sessions said. “It’s not possible for the federal government, of course, to take over everything the local police used to do in a state that’s legalized it. And I’m not in favor of legalization of marijuana. I think it’s a more dangerous drug than a lot of people realize.”

“President Trump said he was going to allow this to be a state’s rights issue … We took him at his word.”

Chuck Smith is the co-founder of Dixie Brands, a Denver-based company that manufactures tinctures, topicals and treats infused with THC.

Ylan Mui of CNBC cited a recent study by Arcview Market Research that highlighted an exploding market, with sales skyrocketing 34 percent to nearly $7 billion in 2016. The industry is expected to reach close to $22 billion by 2021.

North of the border, Justin Trudeau’s Lawmaker Bill Blair was wreaking nearly as much havoc.

In our Weekly Volume from March 12th, titled Correction in Marijuana Stocks Not Over we highlighted the recent happenings in Canada’s marijuana stock market:

“Lawmaker Bill Blair — the former Toronto police chief leading Trudeau’s legalization effort — confirmed a bill is due in parliament this spring, but it won’t be the last hurdle as ample regulatory work remains. The federal government will take its time and work with provinces, territories and cities to build a framework and develop specific regulations, he said.”

When questioned on timing, Blair was noncommittal, explaining,

“We will take as much time as it takes to do it right.”

We warned that marijuana stocks and the sector were overvalued in October of 2016. Below is a final excerpt from our report:

As you can see from the above chart, marijuana stocks have traded sideways or down since peaking in late October, 2016. Incidentally, the North American Marijuana Index, highlighted above, hit its all-time high of 167.11 on Monday, October 24th, 2016 – one day after issuing our warning.”

Click here to read The End of the Marijuana Stock Bull Market.

With Federal policy towards legalizing recreational marijuana in jeopardy in both the United States and Canada, uncertainty will continue drag marijuana stocks lower. Not until policy is clarified in the U.S. and expedited in Canada will the sector resume its upward momentum.