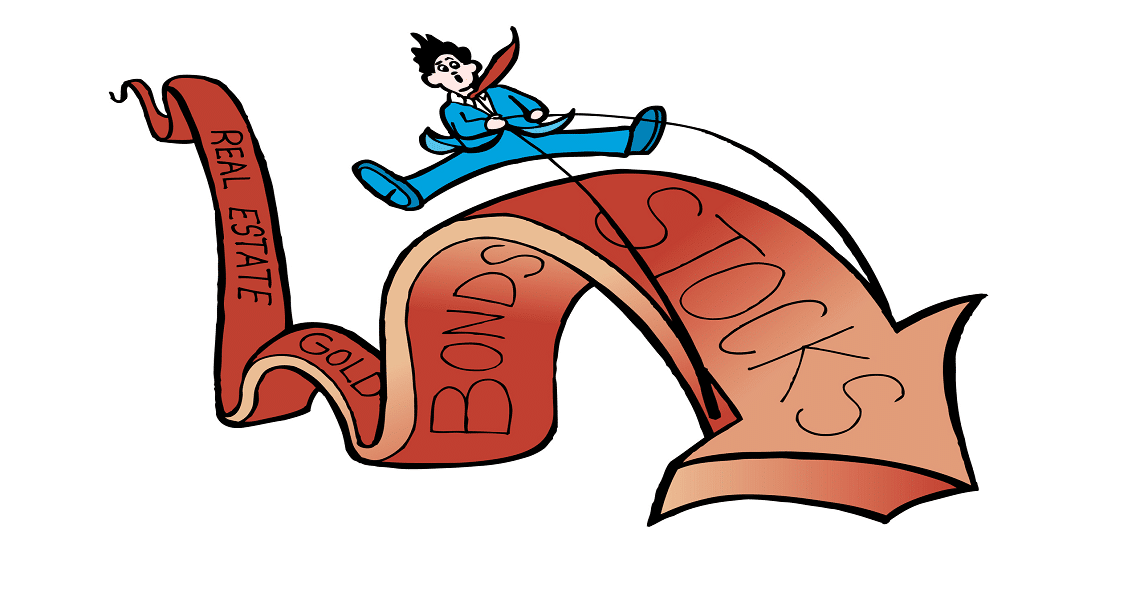 Here we go. It’s mid-November and TSX Venture and CSE investors are panic selling. Both exchanges have come under pressure since marijuana stocks began selling off the day after legalization – October 17th.

A month later and the Canadian Marijuana Index has fallen from 858 on October 15th to 530 at the close on November 20th. Yikes. We’ve been writing about this for weeks and are predicting a significant bounce in December and January as sentiment reverses.

Many of the retail investors I speak with on a daily basis now have a diminished appetite for risk. Its all psychology and it can change like the weather. But, after weeks of the CMI declining, investors are wary of most equities at the moment.

TSX Venture investing is never easy, but the downswing has been awful of late. The Venture lost 2.56% Tuesday alone, falling below 600 for the first time in years. The exchange is now at its lowest level since April 7th, 2016. The bear market that lasted between 2012 to 2016 becomes a bit easier to remember on days like today. 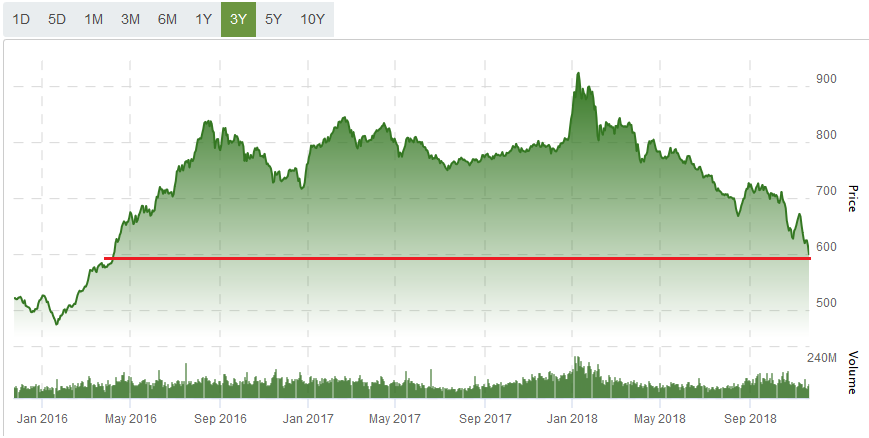 The CSE can only be described as a rollercoaster, inexplicably tied to the marijuana sector in Canada. The CSE crashed 4.4% on Tuesday – taking the index half way to a bonified correction (10%). The exchange settled at 757 which doesn’t sound that bad until you pull up a 1-year chart. Canada’s junior exchange, which routinely exceeds the TSX Venture for total volume, traded above 1,600 in early January. It is now down over 50% from its January highs. Having an exchange cut in half effects a speculators mindset. It affects everyone differently, but know that we are closer to a bottom, especially after capitulation days like Tuesday. 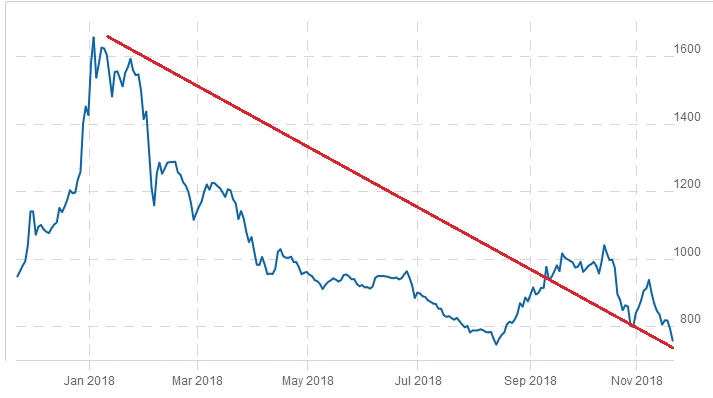 Every year we write a piece at Pinnacle talking about the impact of seasonality on these junior markets. In 2015, we titled it TSX Venture Trader’s Secret.

So, keep the faith. The TSX Venture and CSE will rebound. Just, in all likelihood, not in a meaningful way before December 22nd.

Investors and homeowners (specifically in Canada) are carrying a lot of debt. These are the most skittish among us when market weakness ensues. Especially when the Fed and Bank of Canada seem hell-bent on continuing to raise rates. Asset prices are shaky from stocks to real estate. I find this to be true across various asset classes currently. From real estate (I live near Vancouver, where sales volume is completely drying up) to Bitcoin, a timidness has taken hold. Remember, the Fed and BOC will not just look at the economy or inflation. If asset prices, which includes the stock market, continue to fall, rate hikes will be off the table.

Bitcoin is having its worst month this year. The leading cryptocurrency collapsed 11% today – falling more than $500 to settle around $4,200. Speculators in Bitcoin have been totally laid out. Its chart has broken support and looks terrible. Peter Schiff put out a hilarious video depicting the idea of buying and holding bitcoin earlier this year. For those who don’t own any, enjoy.

So, what went up? Basically one thing. The one asset class that no one can touch. The US Dollar. While Ray Dalio and others talk down the dollar, warning of continued devaluation if it loses its status as reserve currency, investors the world overrun to it like scared kids. Can you blame them after days like today?

President Trump has made it clear numerous times he will not stand for too strong of a US Dollar. The U.S. Dollar Index roared 0.68% higher to close at 96.82 Tuesday. We are in the middle of one of the harshest selloffs in years. In Canada, we are betting the marijuana sector, via sub-sectors such as retail, CBD and medical marijuana will take the industry higher in 2019. Click here to read Retail Cannabis Market Takes Shape in Canada. Only time will tell, but the fire sales are upon as the TSX Venture and CSE fall to multi-year lows. If I’ve learned anything, it’s the guys who take a measured approach, yet stay active who make a killing when the market inevitably turns.