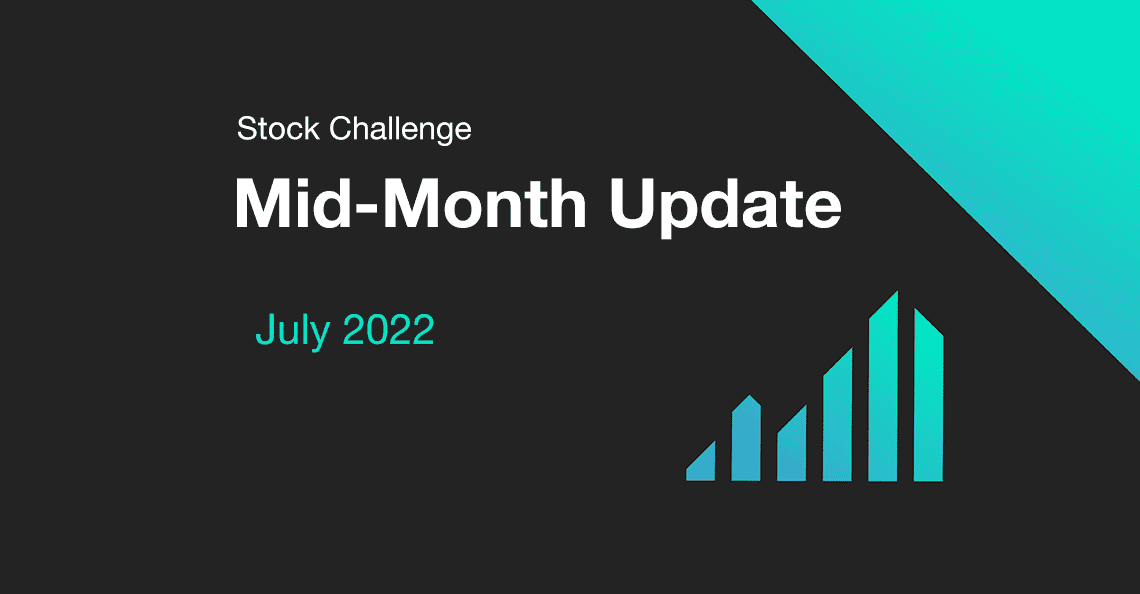 We’re halfway through the month… already!

The markets remain largely volatile and specifically, the TSX Venture, has continued its downward slide, spending the majority of last week in the 500s.

The current top 10 are showing modest gains so far (somewhere between 20% and 40%, approximately). And, perhaps surprisingly, about 100 players out of this month’s 270 were net positive as of the halfway point of this month’s contest.

With respect to individual stock performances, several of the biggest gainers so far have been spread out across multiple sectors. Metaverse, crypto, biotech and mining stocks all feature among the best performers so far this month.

The Stock Challenge Index has followed an almost-identical trajectory as the TSX Venture Composite Index. The SCI saw significant volatility in the first week of July, but has been on a downward spiral ever since the second week of the month.

Interest rates and inflation have climbed drastically in the last three months. Several companies have announced huge layoffs over fears of an economic downturn in the near future. Many, including some big US banks, reported weak earnings in the last quarter of 2022.

Despite weak macro factors, the tail-end of last week brought better fortunes to the different market indices, including the TSX Venture Composite Index. Volatility is clearly the name of July’s game and it doesn’t seem to have a clear end in sight.

With nearly half of economists believing the US will enter into a recession within the next year, investors will most likely be on the lookout for safe-haven plays in the interim. And whether that’s in commodities or crypto or cash… only time will tell.

Best of luck for the rest of the month. While there’s still some time, don’t forget to enter your August selections. Click here to sign up NOW!