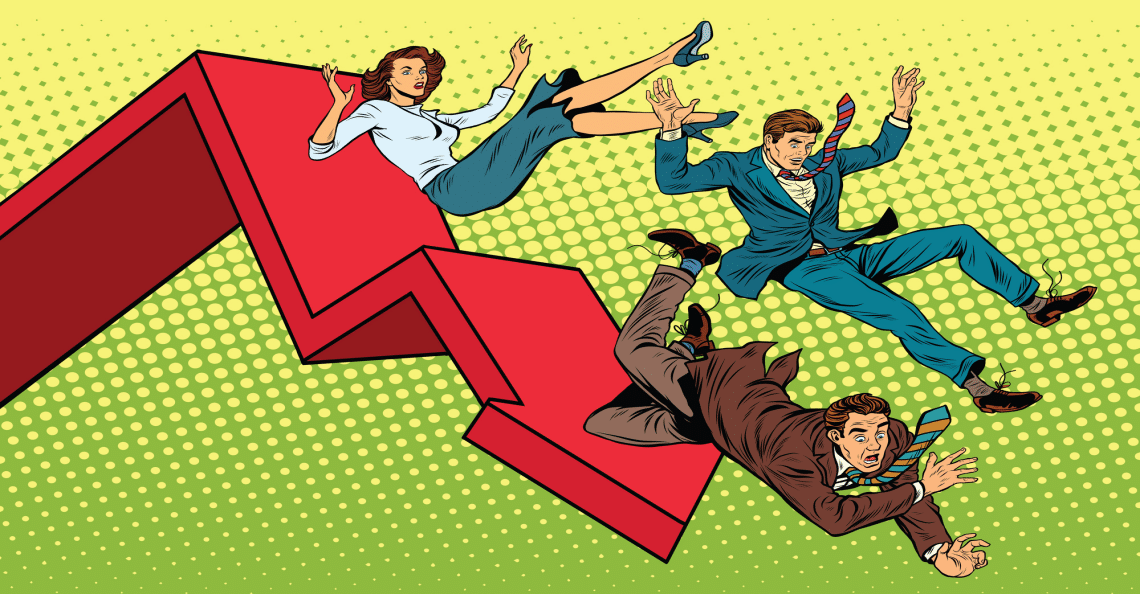 I hear it a lot… The small and micro-cap market in Canada, dominated by the TSX Venture, is rigged in favor of brokers and promoters. But that’s just crap. It’s an inherently risky market, predominantly made up of pre-revenue companies, but it’s the furthest thing from rigged. In fact, it’s probably the most regulated small or micro-cap exchange on the planet, with stringent listing requirements. But when some investors lose money, they look to lay blame.

For retail investors, there are often similar hallmarks for an investment that went wrong on the TSX Venture. With more than a decade of experience in this game, I’ve narrowed down most of the key reasons behind Venture stock losses in this article…

Losing money with Venture stocks is to be expected from time to time – after all, if you bat 500 with micro caps you’re still likely making a ton of money over the long-term; but many times, losses on the Venture are due to laziness, greed or ignorance.

This seems to be the most common of reasons retail investors lose money on Venture stocks. They see a company that’s risen parabolically, know very little about its intricacies, and can’t resist the temptation to dip their toe in the water like so many others appear to be doing. Looking to capitalize on the momentum, and not the fundamental valuation, is nearly a sure fire way to lose money over the long-term.

I’ve lost money investing in TSX Venture stocks, but rarely, if ever, do I average down. I may establish an initial position over time, but once my target position is attained, I stick to my guns. Unfortunately, many retail investors marry a Venture stock and don’t know when to cut their losses. I’ve seen this a lot with exploration stocks…

Because most companies on the TSX Venture are pre-revenue plays, whether the company is up to exciting things or not may matter little. The capital structure and makeup of its largest shareholders are as important, particularly until revenue is hit, as the fundamentals of the product or service the company is developing. Too many retail investors ignore the capital structure of a company and simply focus on how great the goal is for the technology or exploration asset. The DNA of a publicly traded company lies in its management and shareholders. They drive the culture, funding and overall business strategy.

Know who the largest shareholders are and study their track records.

If you can’t justify a valuation because there are no comparables in and around that market capitalization, begin to question everything. Another litmus test is seeing how well management has hit on its milestones in the past. Are goals typically completed late, or not at all? Is the continuity of the story over the last 2 to 3 years solid, or do press releases jump around and contain promises which aren’t followed through on?

Many retail investors are lazy. There, I said it. It’s shocking how many investors will buy a TSX Venture stock and have no clue how much capital that company has in its treasury or what its burn rate is every month…

Seems important, no? Especially given that most of these companies bleed cash every month. If you’re going to buy a Venture stock, you need to be acutely aware of when that company may be looking to raise capital because when they do, your position will be diluted, potentially impacting the value of your shares.

Most Canadian resource companies, be it in the mining or oil & gas sectors, don’t get much done November through March, and during May to July leave investors waiting for drill results. The mid-drilling season, as well as near Christmas, provide great opportunities to buy seasonally weak stocks.

More often than not, retail investors will buy the news, a flawed strategy for Venture stocks in my view. Read my article ‘An Amazing Track Record’ to learn about the most successful time of year to bet on the Venture.

We buy Venture stocks to have a shot at hitting it out of the park. We are looking for the ten baggers. To find one, however, you have to get in before the news. As they say, nothing pays like discovery.

It’s amazing to see someone make 100% on their investment in a Venture stock over a few months and not take even a portion of their money off the table. Greed. Retail investors often get caught up in the bliss and forget why they first took a risk. Don’t be a sucker. Parabolic stock rises on the Venture typically lose 30-50% from the peak within six months.

Some Venture stocks can provide unimaginable payouts in a relatively short amount of time. And once you get your first ten-bagger, you’re hooked. However, with such upside potential comes heightened risk. So the downside must be protected. Treat Venture stock investments as calculated gambles – not merely gambles – but calculated ones. Do your due diligence, keep your emotions in check, and know that all good runs must come to an end.