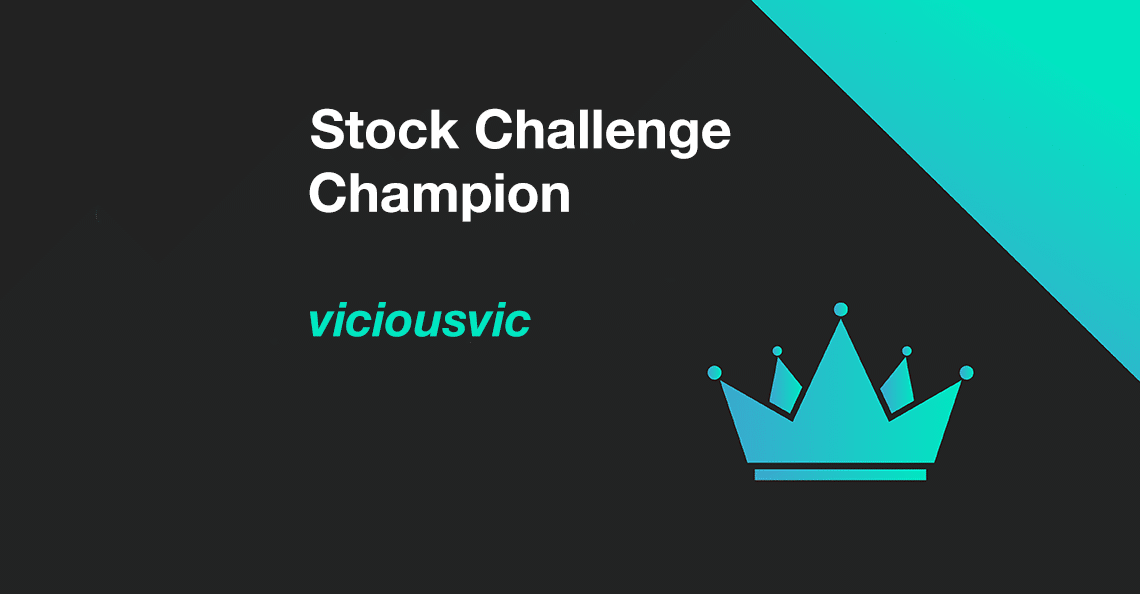 It’s time to crown another champion!

You may recall July being a harsh month for contestants, and, regrettably, this month’s Stock Challenge read a similar script. However, a few factors made August a thrilling month for some Challengers…

August also proved to be a strong month for cryptocurrencies. After Bitcoin, Ethereum, Dogecoin, and other cryptocurrencies rallied near the end of July, valuations continued to climb in August. The selection of two crypto mining stocks rewarded member ‘will3000‘ with the silver medallion! Congratulations on registering a return of 55.22%!

Congratulations to our three prize winners! A member of our staff will be contacting you shortly via email to get your prizes squared away.

Similar to July, the SCI remained in negative territory for most of the month. Take a look at the Stock Challenge Index below.

However, since bottoming out on August 19, the SCI has been in full recovery mode, continuing its rally today.

Although approximately 55% of stocks reported negative returns, there were still a few shining knights! Take a look below at August’s Stock Challenge’s top-performing stocks.

Western Magnesium Corporation stood atop the leaderboard for most of August’s Stock Challenge until falling to Vinco Ventures Inc. earlier today. 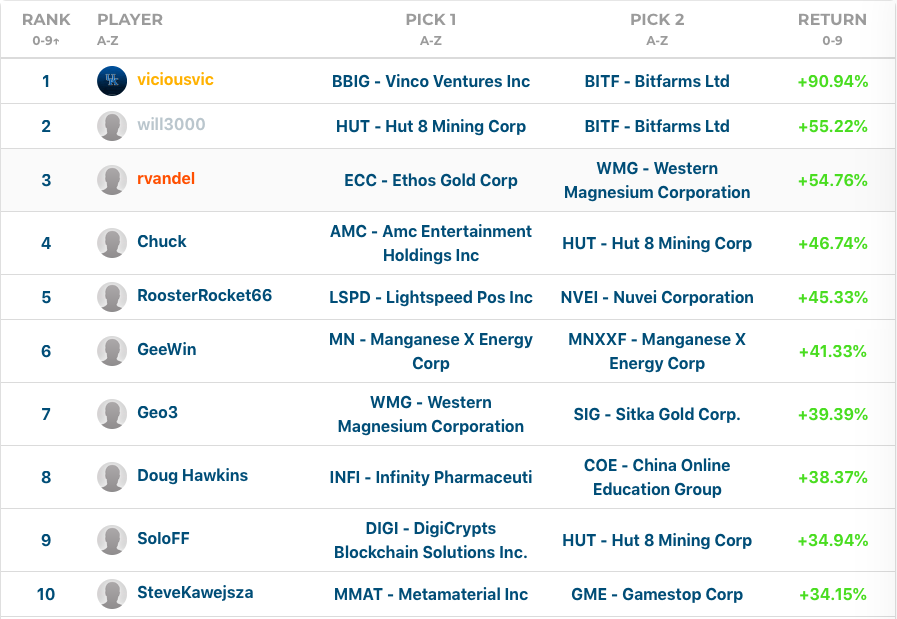 During the mid-month recap, only two Challengers who bet on cryptocurrencies found themselves in the top ten standings. However, with Bitcoin hovering just below US$50,000 over the past couple of weeks, several contestants with crypto stock picks finished in the top ten leaderboard.

As summer nears its end, investors will begin returning from their holidays, likely shifting their attention to the stock market and increasing liquidity just in time for September’s Stock Challenge.

Only a couple hours remain until September’s Stock Challenge begins. To secure your stock picks and enter next month’s challenge, click here.