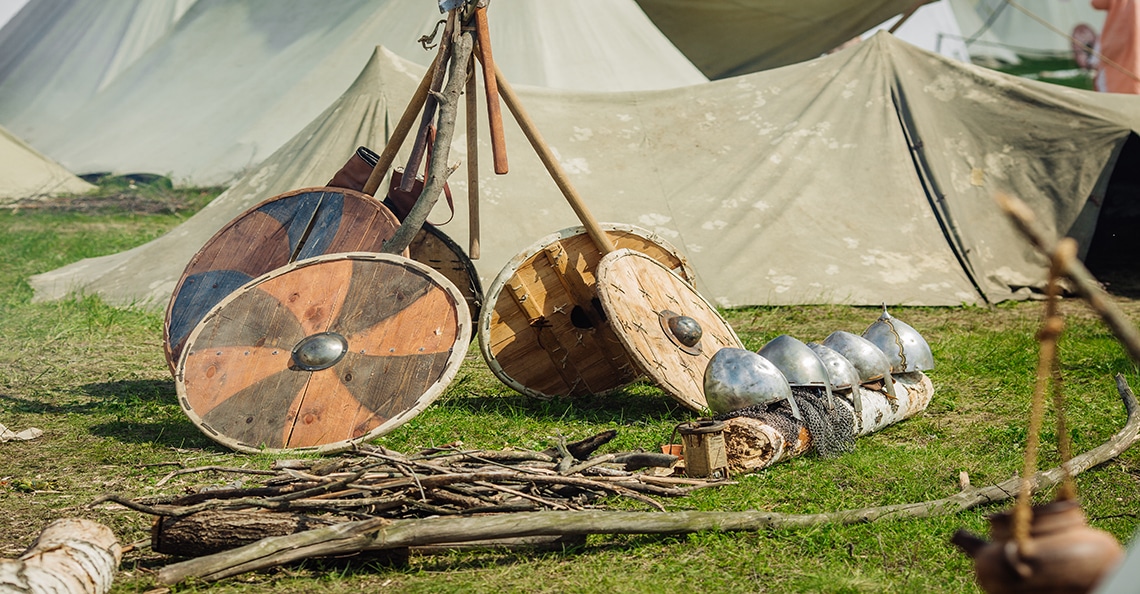 While one cannot ignore the realities facing today’s investor—be it growing trade wars or signs of a global economic slowdown—we should always be willing to lend an ear to messages of optimism.

Despite its morose subject matter, Collapse: How Societies Choose to Fail or Succeed—written by Pulitzer Prize-winning author Jared Diamond—is a prime example of one such rarely optimistic message.

In his journey across ancient Greenland to the great fallen city of Angkor, Diamond searches for answers to one enduring question every economist has: Why exactly do some nations thrive while others descend—seemingly overnight—into ruin?

As romantic as it is harrowing, Collapse: How Societies Choose to Fail or Succeed’s analysis of past failures provides stunningly relevant insight into our modern economy, particularly in Canada and the United States.

These insights are not for the policymaker alone. The individual investor has much to gain from understanding the common themes we identify below…

Nations That Fail To Use Their Natural Resources Often Collapse

How could a nation possibly refuse to use its natural resources, even with the knowledge that it would be their undoing? We turn to Norse Greenland for the answer.

Originally from Iceland, the Norse Vikings occupied Greenland’s west coast for over 500 years.

While the reasons for the Vikings’ downfall are many (ie. deforestation and overgrazing, a string of years of bad weather), the straw that “broke the camel’s back” so to speak was their inability or outright refusal to leverage some of Greenland’s most valuable natural resources.

To begin, the Greenland Norse experienced a sharp decline in demand for their main export due to increased overseas competition:

In effect, the Norse were no longer able to get their most lucrative natural resource to market competitively. Sound familiar?

But even more decimating was the Norse Vikings’ reluctance to use one of Greenland’s most plentiful resources: fish.

“Conspicuously nearly absent from Norse archaeological sites are fish, even though the Greenland Norse were descended from Norwegians and Icelanders who spent much time fishing and happily ate fish.

Fish bones account for much less than 0.1% of animal bones recovered at Greenland Norse archaeological sites . . .”

“If only the Norse … had also taken advantage of the other wild foods [such as fish] that Native Americans used but that the Norse did not . . . the Norse might have survived.”

Though their motives for not eating fish remain a mystery, Diamond suggests that perhaps the Greenland Norse developed a taboo against eating fish (similar to the reluctance of advancing fossil fuel resources in regions of Canada and the U.S.), either due to past food poisoning experiences or to disassociate themselves from the local fish-eating indigenous people (who the Norse referred to as “skraelings”, or wretches).

In other words, the Greenland Norse appear to have held firm to an objectively self-destructive ideology regarding natural resources, and in doing so, ultimately sealed their own fate.

Nations That Become Overdependent On Their Natural Resources Struggle

In almost all ancient civilizations—Norse Greenland included—the collapse of different aspects of the resource economy (ie. forests, wild game, arable land) preceded the collapse of the society itself.

To be clear: these nations typically overexploited and thus depleted their resources, causing their respective populations to starve to death. Considering that a number of countries have enacted policies to ensure sustainable environmental practices, nations are much less susceptible to resource collapses than they once were.

That said, environmental protection policies can have a drastic effect on traditional resource economies, so much so that their restrictions can artificially simulate as if the society had, in fact, overexploited its resources.

Take Diamond’s illustration of modern day Montana, a U.S. state whose vulnerabilities to weather fluctuations were further compounded by legislation aimed to protect its resource industries:

“All but a few Montana mines are already closed, due to toxic waste problems plus competition from overseas mines with lower costs.”

“Agriculture . . . is also dwindling: for instance, of the 400 dairies operating in the Bitterroot Valley in 1964, only nine still exist.”

So what does this mean for the Montanan economy?

“. . . half of the income of Montana residents doesn’t come from their work within Montana, but instead consists of money flowing into Montana from other U.S. States: federal government transfer payments . . . and private out-of-state funds . . .”

The decision to enact environmental policies, especially in the case of Montana, is often not without merit. Montana has experienced some disastrous mining operations, which have cost hundreds of millions of dollars (often the taxpayer’s) to clean up. Moreover, rampant clearcutting was beginning to take its toll on the state’s countryside.

Still, one can’t help but find truth in the words of Diamond’s Montanan friends: that sometimes the pendulum can “swing too far” in the direction of environmentalism.

In respect to pipelines in Canada, for an example, the argument can be made that the pendulum has swung too far in favour of environmentalism. Building pipelines in Canada has now become a dividing issue – pitting Alberta against Ottawa, British Columbia and Quebec.

When faced with the challenges posed by today’s environmental climate, many modern nations attempt to stimulate growth in their intangible economy: the part of the economy that is based on nonphysical assets such as software, design, and branding. The impact of the intangible economy is much more profound than most realize—it offers an entirely new mode of wealth generation that is related to, but not necessarily dependent on, extracting Earth’s finite resources.

But while some may suggest that Montana should simply “work” to bolster its intangible economy, such a feat can be difficult—if not outright impossible—when considering the cultural attachment that many of its denizens have towards their pioneering way of life…

“Montana farmers today who continue to farm into their old age do it in part because they love the lifestyle and take great pride in it.

As Tim Huls told me, ‘It’s a wonderful lifestyle to get up before dawn and see the sunrise, to watch the hawks fly overhead, and to see deer jump through your hay field to avoid your haying equipment.’”

How many of us would refuse to change our lifestyles; to give up our laptops and phone apps and instead take up the back-breaking work of farming, even if it was the only way to make a suitable living?

Much like Diamond, we do not, by any means, intend to suggest that Montana is on the verge of collapse—but it is clear that resource-based societies can no longer afford to play by the same rulebook should they wish to continue to grow.

The Pursuit Of Luxury Often Leads To Economic Decline

The drive to “get more out of life” has produced some of the world’s greatest entrepreneurs and inventions.

The problem arises when we sacrifice long-term wealth for short-term profit—something that we as a species have fallen victim to, time and time again. Share buybacks and increased dividends via borrowed money provide modern day insight on this matter.

Just as the Norse stockpiled luxurious jewelry and clothing from Europe at the expense of life-saving iron and foodstuffs, the Japanese deforested huge parts of Japan during the Tokugawa period (also known as the Edo period) in a race to build extravagant buildings, causing disasters such as wildfires, soil erosion, and flooding.

“. . . Hideyoshi, his successor the shogun Ieyasu, and many of the daimyo [shogun vassals] led the way, indulging their egos and seeking to impress each other by constructing huge castles and temples.

Japan’s deforestation problem became even more pronounced as its population, and thus cities, grew. But unlike the Norse, the Japanese took proactive measures to solve their crises, adopting strict forest management practices that remain with them to this day.

Having said that, there is nothing wrong with making money or working towards a certain goal. In fact, the desire to compete is a core part of what makes us human. It simply must be tempered with the understanding that short-term desire begets short-term desire — a truth that all too often leads to societal hardship.

In drawing upon the tragic pasts of various ancient civilizations, Collapse: How Societies Choose to Fail or Succeed presents a clear reason as to why societies should balance environmental stewardship with effective resource utilization. Should the pendulum swing too far in any one direction (resource regulation or deregulation), economies tend to suffer, which as evidenced throughout history, can contribute to an eventual societal collapse.

Though many of us still share in the same vices as our forefathers—namely those of material trappings—we’ve undeniably come a long way from the days of Vikings. In Diamond’s analysis of nations lost to the sands of time, investors should not only heed the warnings of those that came before us, but also recognize that not all nations are doomed to make the same mistakes.