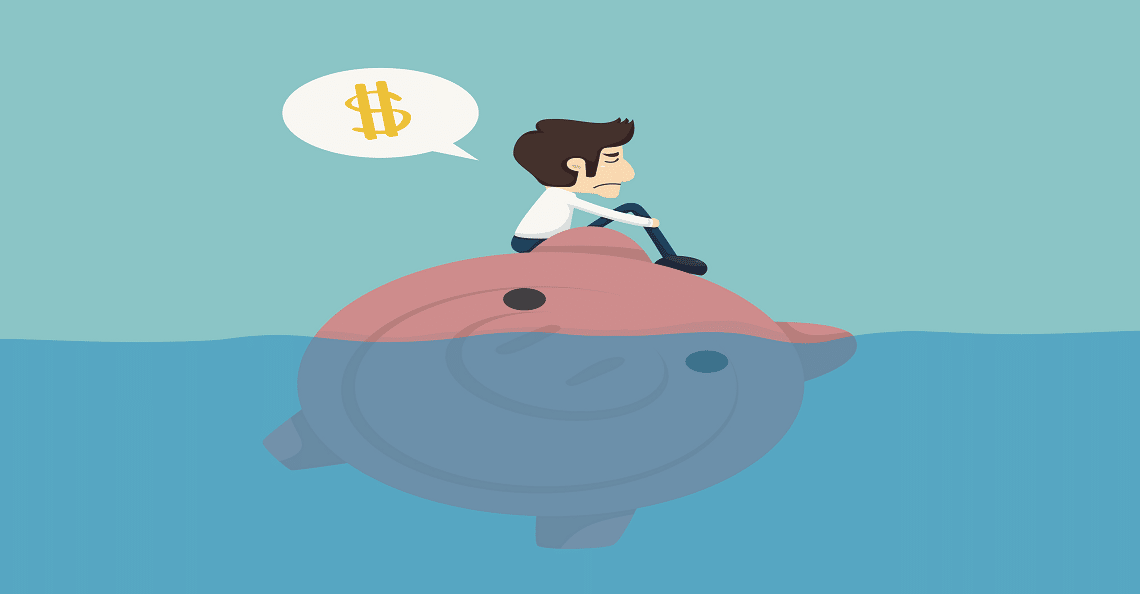 The savings rate in the United States is just 0.1% above its all-time low going back to 1959! In yet another significant drop, the savings rate reached just 2.3% in October. While that represents the lowest rate since 2005, it is only 0.1% above the lowest rate recorded in the past 63 years! If the economy deteriorates fast enough, the Fed pivot is all but guaranteed. Rising poverty rates and a falling savings rate are key metrics to the unfolding story.

While some say the consumer is less worried about the future and spending because of some underlying confidence, I have my doubts. In reality, inflation, a weakening economy, and soaring borrowing costs have put the average household into a dangerously tight spot.

Half the U.S. Population is Flirting with Poverty?

The poverty rate increased from 10.5% of the U.S. population in 2019 to 12.8% in 2021. Considering the U.S. has a population of about 340 million, nearly 8 million more people now count themselves among the poverty-stricken. The U.S. now has approximately 44 million citizens living in poverty. Again, one look at the savings levels tells the story.

Here are some troubling stats to remind everyone just how fragile the U.S. economy is and how careful the Fed has to be as it works to kill inflation:

So, while about 44 million live in poverty, close to 150 million Americans, or 42%, are one bad break away from being unable to afford a significant expense—deeply troubling data. If the economy stumbles and the inflation rate comes down at all, a Fed pivot will be in play.

Staying on the U.S. savings rate, how can anyone think a collapsing savings rate is a good thing? On the contrary, by its very definition, Americans are saving less, which may derail the economy should anything go awry.

The Fed is about to pivot, and the market is figuring this out. The collapsing savings rate is another sign the U.S. economy is tapping out. A final caveat is that inflation also steals from the poorest. But, with nearly 150 million citizens with only $1,000 in savings, the Fed cannot afford a hard landing for the U.S. economy. So the second inflation appears to be under control, the Fed will have to pivot or risk a collapse.