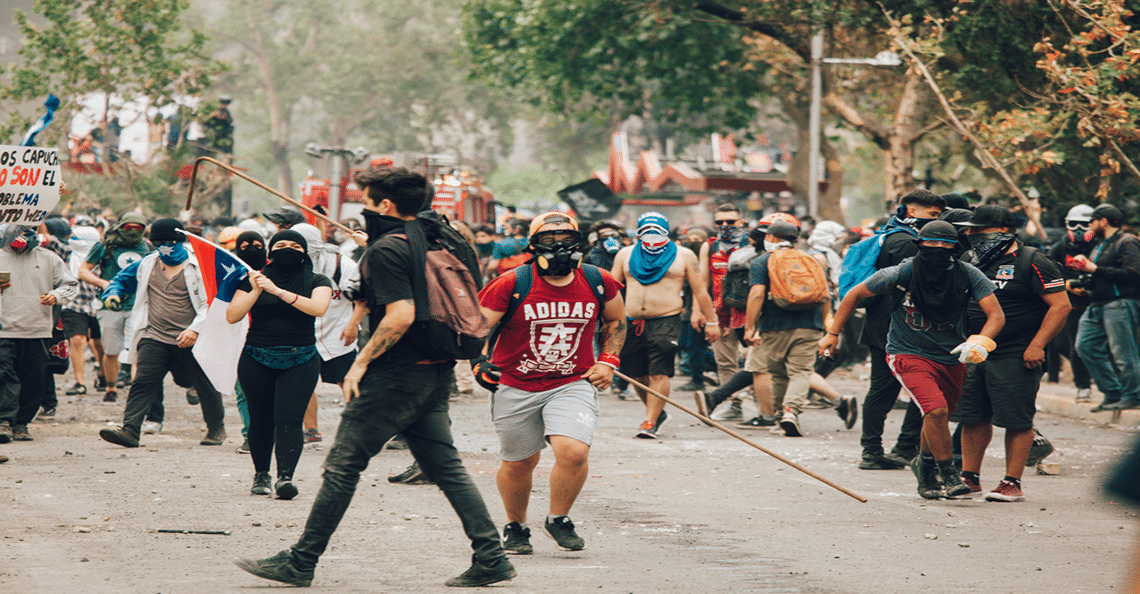 Investors often lose money when they are blindsided by unanticipated trends. When all that is apparent is blue sky and massive profits, something usually goes wrong. For mining investors and producers, this juggernaut is, more often than not, resource nationalism.

With the price of copper holding steady near record highs in 2021, blue sky sentiment was easy to maintain. But, many copper investors focusing on Chile, Peru, and other parts of South and Central America are of a different mindset today…less than 40 days into 2022.

The genuine threat of resource nationalism, which we’ve written about for over a decade, is once again revealing itself, as it historically does during commodity booms.

An article from The New York Times by Julie Turkewitz, Pascale Bonnefoy, and John Bartlett clarifies his past, noting,

“…he scandalized the Chilean establishment by showing up for his first day as a congressman in 2014 in a beige trench coat — and no tie.”

During his campaign, Boric’s threats towards the mining sector may have been dismissed as mere political posturing…but, not anymore…

On Tuesday, February 1, the Chilean assembly’s environmental committee approved a proposal that could potentially see some of the world’s largest copper and lithium mines nationalized. In a Bloomberg article, Chile Vote Marks First Step in Long Path to Seizing Mines by James Attwood and Valentina Fuentes, the authors wrote that,

“Tuesday’s 13-6 vote by members of an environmental committee is the first of several hurdles that the controversial proposal would need to clear before becoming a reality.”

“It would require support from two thirds of the full assembly to become part of the draft charter that will be put to a referendum later this year.”

Three reasons to take this seriously…

Second, Chile is a country with recent history of social/political unrest. The 2019–2021 Chilean protests, known in Chile as the “Social Outburst”, saw more than 1.2 million people take to the streets of Santiago to protest against social inequality in what was called “the biggest march of Chile”.

And third, Chile has a history of nationalizing companies. It did so successfully (if you can call it that) in 1971 with Santiago-based Corporación Nacional del Cobre de Chile, or Codelco, now the world’s largest copper miner.

After years of environmental studies, legal processes, and final approval in August 2021, Boric came out and pledged his opposition to the US$2.5 billion iron-copper mine in Chile, known as the Dominga mine.

And, copper might not be the only metal the in-coming Chilean government has set its sights on. According to Camille Erickson from S&P Global Market Intelligence,

“…Boric promised to create a state-run lithium company and supported mining tax hikes and royalties. Boric is looking to squeeze miners to bring in cash for public services while protecting the environment.”

Surely, the new developments in Chile will force North American resource investors to re-assess their investment strategy when it comes to mining and exploration companies. For many years, Chile was considered a stable enough jurisdiction, but that appears to be changing.

On the other hand, news like that from Chile bodes well for copper and lithium projects located in more predictable and politically stable countries.

Chile isn’t the only country with resource nationalism on the rise. Panama, Peru, and even Canada have all succumbed to the movement in some form or another.

Before going further, it’s important to realize that, for the most part, politicians are clever operators. And, going for a cash grab at a historic moment where demand for copper is insatiable, prices are soaring, and supply is collapsing, is a very difficult temptation to resist.

Although the global production decline of 2020 was primarily attributed to the pandemic, there may be more to the story.

GlobalData’s Mining Intelligence Centre published Global copper production to recover by 5.6% in 2021, after Covid-19 hit output in 2020, writing that,

“After two consecutive years of flat growth, mainly due to lower ore grades and production disruptions, the impact of Covid-19 on mining operations led to global copper production declining by 2.6% to 20.1Mt in 2020.”

“Looking ahead, global copper production is expected to experience growth of 5.6% to 21.3Mt in 2021, supported by mines returning to full production, as well as the ramp-up of new mines starting in 2021.”

The article goes on to highlight that,

“Chile, Peru, Australia, Indonesia, and the US will be the key contributors to the growth.”

So, if production came back strong in 2021 as forecasted, why haven’t prices come down? Why are inventories at 47-year lows? Because it’s now coming to light that production targets were missed almost everywhere.

Check out these headlines, all from the last few weeks:

As production falls, demand is soaring.

According to Natural Resources Canada,

“The industrialization of mines and refinery capacities may not progress as quickly as demand increases. Should that happen, it would only delay e-mobility, but not prevent it.”

Peru, the world’s second-largest producer of copper, is also toughening its stance on mining, with new leadership recently taking the reins in that country. According to Reuters‘ Fabian Cambero, the new leftist administration of Peruvian President, Pedro Castillo,

“…has given communities stronger backing in a spate of protests against mining firms, often over allegations they pollute local lands and water.”

As it relates to Panama, The Globe and Mail’s Niall McGee reported on the shocking tax hike that’s possibly in store for Canada’s biggest copper producer, First Quantum Minerals. The article stated that,

“On Thursday, Ramon Martinez, Panama’s Minister of Commerce and Industries, said at a news conference that the country wants First Quantum to pay a royalty of 12 per cent to 16 per cent of gross profits from Cobre Panama, compared with the previously agreed 2 per cent of revenue.”

As prices for critical commodities rise, so does the risk of resource nationalism.

Resource Nationalism Rising in 34 Countries, Including Canada and Mexico

A March 2021 article by Matthew Hall of Mining Technology confirmed that,

“A new study has revealed that resource nationalism is on the rise in 34 countries, with the economic impact of Covid-19 aggravating a tendency for government intervention in the resources sector.”

The study, carried out by risk consultancy firm, Verisk Maplecroft, noted that,

“While some of the highest-risk jurisdictions are those likely to use blunt instrument methods of resource nationalism, such as direct expropriations with little compensation, interventionist measures are evolving differently across many African and Latin American countries.”

“Risk will increase most in the countries that are seeing increases in these less direct indicators of resource nationalism, as captured by Verisk Maplecroft’s Resource Nationalism Index (RNI). These measures could become more severe as governments try to plug fiscal gaps in post-pandemic economic recovery plans. In the 2020 RNI, these countries included major mineral producers Mexico, Mali, Chile, and Canada…”

While some may be shocked to hear Canada’s name thrown in with countries such as Mali and Chile, few countries have accumulated as much debt as Canada during the pandemic.

When her debt to GDP soared above 117% in 2020, Canada became, without question, one of the most indebted nations in the developed world.

According to Despite what Ottawa claims, we are highly indebted compared to other countries, by the Financial Post’s Jason Clemens, Milagros Palacios, and Jake Fuss,

“Canada’s relative indebtedness is among the worst in the industrialized world. In 2019, it was 86.8 per cent of GDP, which ranked 24th among 31 industrialized countries. Only seven — Belgium, France, Italy, Japan, Portugal, Spain and the U.S. — had a higher debt-to-GDP ratio than Canada.”

Moreover, the fairly recent purchase of the Trans Mountain Pipeline by the federal government, albeit amid massive controversy, serves as an indicator that the Canadian government might not be averse to having select resource assets on its balance sheet.

The power of policy and/or new political leadership must never be lost on commodity investors.

From Chile, Peru to Panama, resource nationalism is picking up steam among leftist governments. Furthermore, with inflation driving up commodity prices and stretching the lower/middle class, the risk of the movement spreading even further will increase.