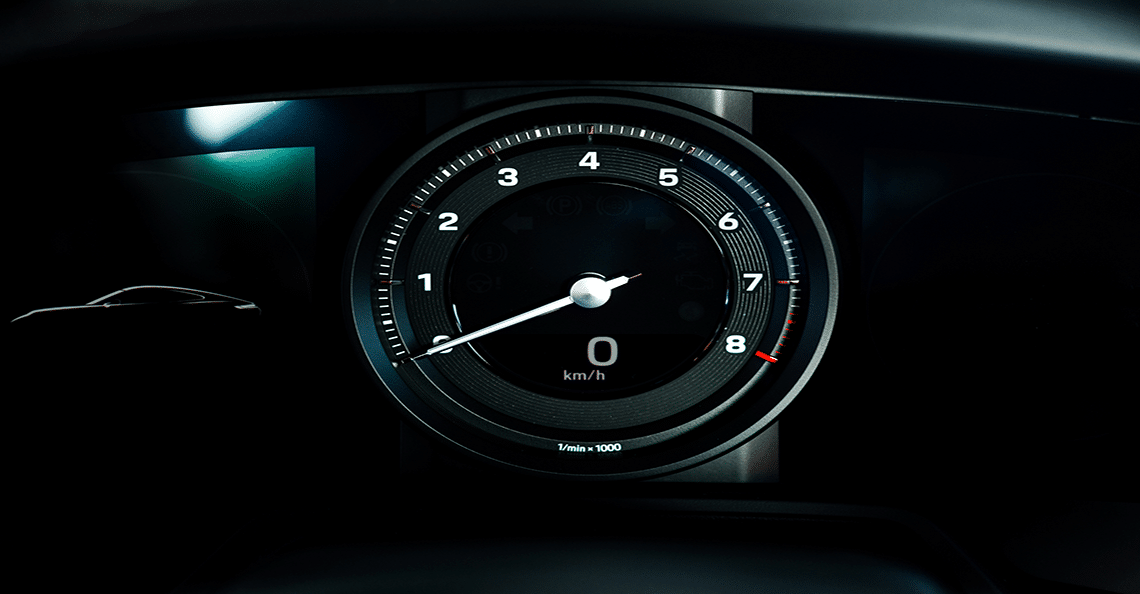 Chances are that by now, you’ve stumbled upon last month’s startling inflation rate in the United States. Now, let us turn your focus to the two metrics that matter even more: money supply and the velocity of money.

While Thursday’s CPI print of 7.9% continues to startle policymakers and consumers alike, that number is merely a reflection of money supply that’s run wild in America’s economy. Remember, inflation is a result of money supply multiplied by velocity.

Fortunately, while money supply continues to grow in the U.S. — due to record quantitative easing and deficit spending — the velocity of money remains near all-time lows… but that might change in 2022.

In an inflationary environment, it’s important to be conscious of the relationship between money supply and the velocity of money.

Possibly the only reason official inflation data isn’t well above 10% is because of historically low levels of velocity of money. And, now that the Fed is getting ready to pause its Q.E. efforts, money supply will slow down while the velocity of money could see a massive increase.

Are You Hoarding or Spending Cash?

While some might spend and even stock up on essentials, most continue to hoard cash. The velocity of money does not lie.

However, the longer inflation stays elevated, the higher the likelihood of a reversal in spending habits. Why? Because consumers know that whatever they buy today will become more expensive tomorrow.

As a result, inflation becomes somewhat of a self-fulfilling prophecy. By that we mean, the longer inflation remains at elevated levels, the more urgently people and corporations will look to get rid of their money by investing or spending. That behaviour in itself creates further inflation.

Here’s another look at the falling savings rate in the U.S.

Inflation and Velocity of Money

For years, low velocity has kept the roof on inflation. And, while we acknowledge that demographics (aging populations, low birth rates) continue to play a significant role in our collective spending habits, a society’s propensity to spend, along with the money supply, are the influential elements of inflation.

Consider this, from Jens O. Parsson’s Dying of Money: Lessons of the Great German and American Inflations,

“If the people’s hoarding of money causes a one-third reduction of velocity, the government can issue and spend 50% more money quantity without inflation.”

Well, the Federal Reserve and U.S. government have both spent like few could ever have imagined.

Check out the long-term chart which shows the unprecedented post-pandemic increase:

Note: The Great Recession of 2008 is hardly noticeable in the graph above.

“…the money supply that is composed of currency, demand deposits, other liquid deposits—which includes savings deposits. M1 includes the most liquid portions of the money supply because it contains currency and assets that either are or can be quickly converted to cash.”

Where is all the money coming from? The U.S. government and the Federal Reserve.

The Federal Reserve’s balance sheet reflects a central bank stretched to the limit, having provided tremendous liquidity over the past few years.

(in millions of dollars)

Note: The Fed primarily holds government bonds and treasuries on its balance sheet. It also has loans it extends to regional banks. Historically, when the Fed balance sheet shrinks, the money supply contracts.

While the U.S. government will continue to run US$1 trillion-plus deficits for the foreseeable future, the Federal Reserve is finally ready to stop its 2-year long quantitative easing crusade. Not only that, it is now prepared to raise interest rates, hence the ongoing fear and de-risking activity in the stock market.

“Q.E. comes to an end after purchasing nearly $6 trillion of Treasuries and mortgage bonds in the past two years after the onset of the Covid pandemic.”

The article pointed out that the current Q.E,

“…which included more than 580 separate operations to buy Treasuries and 1,200 to purchase mortgage-backed securities, dwarfed all three of the Fed’s previous quantitative-easing programs combined, helping to grow the central bank’s balance sheet to an unprecedented $8.4 trillion.”

Velocity of Money Looking for Catalyst

The catalyst for rising velocity is rising prices. If prices continue to increase, consumers will buy what they need now to forgo paying more in the future — a dangerous mindset and how most hyperinflation stories begin.

With official inflation nearing 10% — many believe real inflation to be closer to 15-20% — a period of hyperinflation is not out of the question. Remember, the United States is currently the largest debtor nation on the planet. Therefore, an extended period of severe inflation could help wipe out its debt and the debt of its citizens.

Hyperinflation occurs when prices rise more than 50% per month. In Hyperinflation: Its Causes and Effects With Examples, Kimberly Amadeo from The Balance explains that,

“Hyperinflation has two main causes: an increase in the money supply and demand-pull inflation. The former happens when a country’s government begins printing money to pay for its spending. As it increases the money supply, prices rise as in regular inflation.

The other cause, demand-pull inflation, occurs when a surge in demand outstrips supply, sending prices higher.”

As it relates to demand-pull inflation, the article cited 3 possible triggers:

“…increased consumer spending due to a growing economy, a sudden rise in exports, or more government spending.”

It also warned that,

“Once consumers realize what is happening, they expect continued inflation. They buy more now to avoid paying a higher price later.”

What often happens before hyperinflation is stagflation.

In RBC CEO McKay sees increasing risk of inflation without growth by Kevin Orland from Bloomberg News, McKay is quoted as saying,

With costs continuing to rise faster than wages, consumers are already feeling the squeeze.

The Federal Reserve exists to maintain a ‘healthy’ inflation level, provide liquidity when needed, such as during a crisis, and to support the economy by maintaining full employment.

However, in its bid to support the Federal Government’s pandemic policy and evade a nationwide economic crisis, the Fed may have created a longer-lasting headache. Inflation is spiralling out of control, and the U.S. economy is beginning to show signs of a recession.

The Atlanta Fed recently dropped its Q1 GDP estimate to zero, from 0.6% in early March and 1.3% in late February. With the economy in a tight spot, the Fed will have to make a choice: to hike (and control inflation) or not to hike (and support a weakening economy by keeping rates down).

A look at real wages vs U.S. CPI is a great way to visualize the debacle.

As illustrated in the chart below, real wages or average hourly earnings dropped on a YoY basis for the 11th straight month in February.

“…is the 21st straight month of MoM (non-transitory) increases in consumer prices, with Energy (and Services) dominating the recent surge…”

Now take a look at the U.S. CPI; and notice the parabolic rise in the inflation rate over the last two years.

“…54 percent of consumers in the U.S. (125 million U.S. adults) are living paycheck-to-paycheck, with 21 percent of this population struggling to pay their bills, meaning they have little or no money left over after spending their income.”

“Nearly 40 percent of those with annual incomes over $100,000 live paycheck-to-paycheck, including 12 percent struggling to pay their bills.”

No doubt, a large portion of the citizenry are virtually broke and are beginning to feel robbed, daily, by growing inflation.

If the Fed raises rates substantially, soaring unemployment and a deep recession are all but guaranteed. On the other hand, if it fails to raise rates, the velocity of money may finally surge as citizens will be forced to spend whatever money they have left — resulting in an acceleration of inflation.