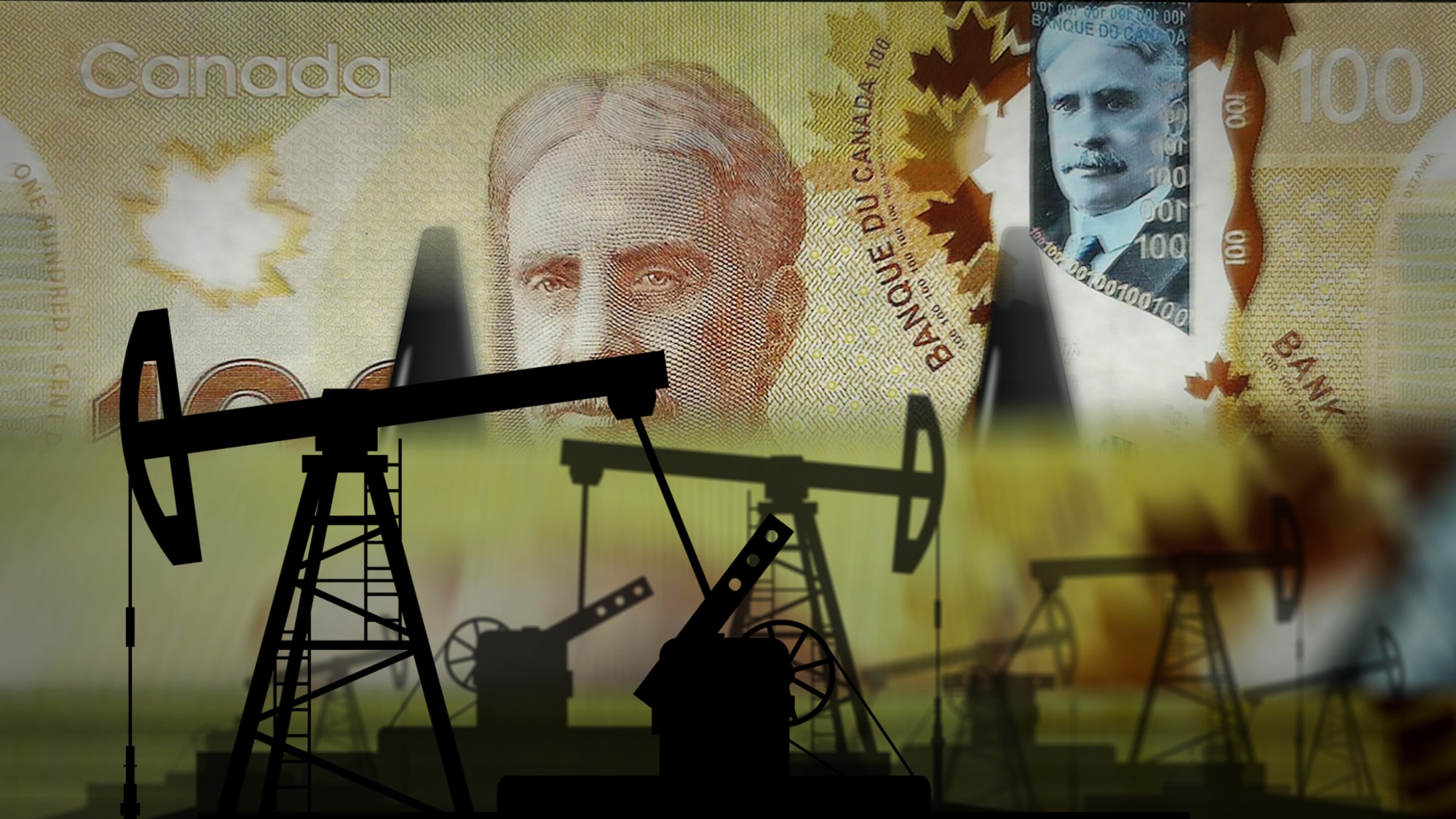 When it comes to global currencies, the loonie is arguably the most undervalued of them all. That said, it appears the time has come for the loonie to — finally — leap out of bed.

As the world watches the Russia-Ukraine crisis with horror, the conflict has introduced a new dynamic that could propel the Canadian economy (and its currency) for years. Canada is now gearing up to produce — and export — a record amount of oil in 2022.

Behind the U.S., Russia stands as the world’s second largest oil producer, producing roughly 10.8 million barrels per day. However, with the influx of new sanctions befalling Russia, demand for Canadian oil could be set for an even further increase.

Months before the war in Ukraine began, the IEA was already projecting a record year for Canadian oil production. The World Speculator reported that,

“The International Energy Agency says Canadian oil production is set to hit a record 5.87 million barrels per day on average in 2022, which will be by far its highest level ever.”

And that’s for one reason: The United States.

Despite becoming the world’s largest oil producer, the U.S. has grown more dependent on Canadian oil, not less. Check out the chart below:

Although total U.S. crude oil imports fell from about 8 million barrels per day in 2017 to just under 6 million per day in 2020, Canadian exports to the U.S. increased during the same period.

Canada’s Currency Game With the U.S.

For the 4 million+ barrels of oil exported to the U.S. daily, Canada collects her payment in USD. After all, that’s what oil and a multitude of commodities are priced in. With WTI now above US$110, it’s only a matter of time before we see an uptick in the loonie’s value.

As highlighted in the infographic below, oil, natural gas and petroleum products are by far Canada’s most valuable exports:

Keep in mind that the US$112 billion in oil and gas exports came in 2019. That year, oil traded for roughly an average of US$57 per barrel.

In other words, if the price of oil can stabilize somewhere above US$100 per barrel or move higher to US$150 per barrel, which some are indicating is a possibility, Canada could be looking at exporting a quarter-trillion to 350 billion dollars worth of the black gold in 2022.

So, why are all these big numbers of any consequence to the Canadian dollar?

Because when oil enters bull market territory for an extended period (9 months or longer), the Canadian dollar increases in value — at least historically.

Although the war in Ukraine has bolstered the U.S. dollar in the wake of the Euro’s decline, we have reason to believe that when the fog of war clears (and there’s more certainty in the future), demand for U.S. dollars will wane. Add to that, the hundreds of billions of U.S. dollars that should be heading north this year, and the loonie looks firmly positioned for a slingshot move — the likes of which we haven’t seen in more than a decade.

The Crux: Billions in USD About to Head North

On the mechanism behind the correlation between oil prices and the CAD, Investopedia explains that,

“The strong correlation between the Canadian/U.S. dollar exchange rate and oil prices is due, in large part, to the amount of the nation’s total foreign exchange earnings that are garnered through crude oil sales. In 2019, Canada was the fifth-largest producer and exporter of crude oil in the world. Crude oil is the largest single contributor of foreign exchange to Canada, and its share has been increasing.”

Lest we forget, Canada has historically exported 99% of its oil to the United States…but that’s about to change.

In an article posted on the Financial Post, Bloomberg News author, Devika Krishna Kumar, commented that,

“The development marks a sea change for Canada’s oil industry. The country holds the third highest crude reserves in the world, but exports to markets beyond the U.S. have been limited due to a lack of infrastructure. Canada has faced severe opposition from activists for building pipelines from the oil sands region to British Columbia’s Pacific Coast. Additionally, the Biden Administration last year blocked the Keystone XL pipeline, effectively shutting Canada’s crude out of the global market.”

All of a sudden (and the irony is not lost on us that it still has to go through the U.S. before making it overseas) Canadian crude has access to foreign markets outside the U.S. And with an energy-thirsty world that’s desperately looking to supplant Russia’s 10 million+ barrels of daily oil production, Canada can now step in to help fill the gap.

“Currently, there is available space on the 200,000 b/d pipeline. When additional capacity is required based on market demand, existing pump stations can be reactivated.”

Feeling the Heat at the Pump

The Biden Administration has come under new pressure as gas prices are soaring across the U.S., especially in Democratic states:

As the consumer gets squeezed, prices for a gallon of gas are flirting with US$5 in California today.

To quell fears and hopefully the cost of gas at the pump, the U.S. and other IEA members agreed to release 60 million barrels of oil from emergency stockpiles.

In reality though, 60 million barrels amounts to practically nothing and will be of little help in easing the current pressure on gas prices.

The IEA confirmed in December:

Global demand rising to a new record matters, especially in light of recent developments with Russia. Remember that Putin’s Russia produces more than 10% of the world’s daily oil production. So unloading 60 million barrels — which is less than a day’s demand globally (or about 11 days of Canadian output) — could end up being just another meaningless headline.

It doesn’t seem far-fetched to surmise that Putin has been planning to enter Ukraine for many years. If that’s the case, then sanctions will do little to deter him. Jurisdictions such as the E.U. and China can’t do without Russian oil and gas. Moreover, Russia has been de-dollarizing itself for many years and was already facing a wide array of sanctions.

The lure of Ukraine’s natural resources is likely further incentive for Russia’s incursion. In addition to possessing one of Europe’s largest uranium reserves, Ukraine has abundant reserves of natural gas, manganese, coal and graphite, to name a few.

Geo Awesomeness author, Aleks Buczkowski, highlighted that on the agricultural front, Ukraine is,

“1st in Europe in terms of arable land area; 3rd place in the world by the area of black soil (25% of world’s volume);…”

And that, from an industrialized standpoint, the country holds,

From the looks of it, oil isn’t the only thing the world will soon be needing from Canada.

We might only be at the beginning of a new period of high commodity prices. Inflation, combined with tightening supply due to sanctions on Russia, is just starting to take hold.