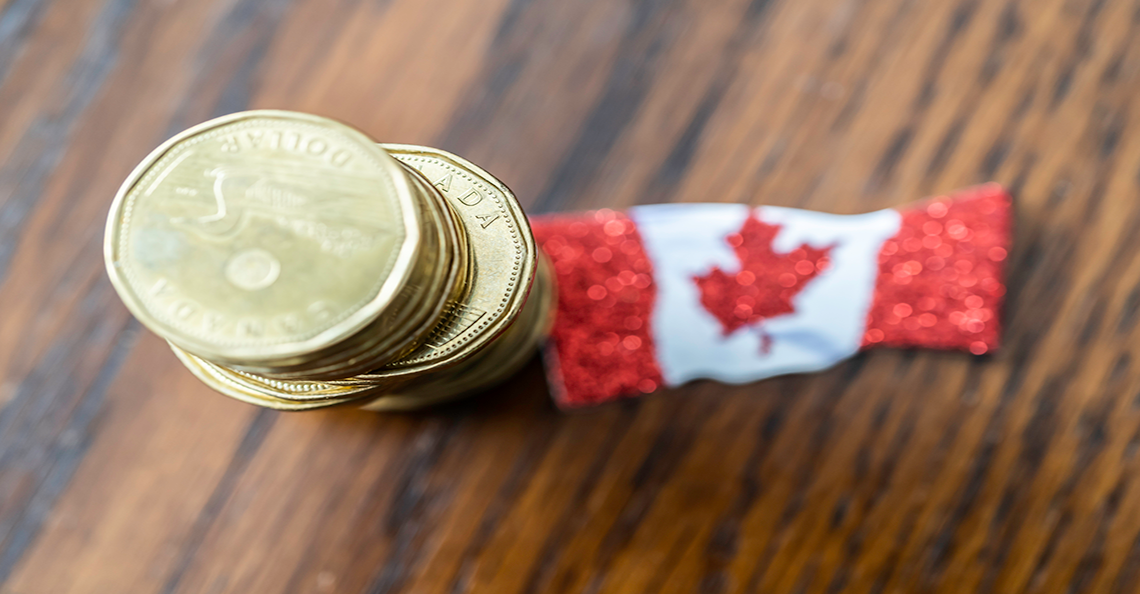 The loonie is on fire. And we owe it to one advantage Canada has (for now) over every other country on earth: her commodities.

When referring to commodities, we mean reserves of raw materials, such as oil and natural gas, copper, iron ore, lumber, zinc, and gold. In recent months, while several of these commodities surged to multi-year highs — most notably, oil — the loonie also began its upward trajectory, effectively underlining Canada’s currency as an inflation hedge.

Note: The Canadian dollar is at its highest level in more than 3 months, after consolidating for years between 2015 and 2020. The loonie is now looking to take out the highs of May and early June when it hit approx. CAD$0.83.

At the turn of the last century, when gold and other commodities were on decline, the loonie followed suit, hitting its all-time low in 2002. Back then, one needed about CAD$1.62 to purchase a single greenback. But with the rise of commodities before and after the Great Recession, the loonie soared again, rising above par for brief periods between 2007 and 2013.

The lesson? Canada’s currency performs well when commodities do. Take a look at the below charts:

Note: The surging commodity price index has taken few breaks since bottoming in March of 2020.

Note: Notice the relationship between the performance of Canada’s currency and robust commodity prices.

So, why does Canada’s loonie outperform when commodities are hot?

Canada has a wealth of natural resources that have traditionally served as a hedge against inflation. Today, despite politicians’ spend-thrift ways and mounting debt-to-GDP ratios (Canada’s debt increased to approx. 120% debt-to-GDP last year), the value of Canada’s hard assets in the ground are rising even faster.

The reasons behind the rise are multi-faceted, but inflation is the foremost contributor. That said, in comparison with other nations that are dependent on imports of oil, gas, and essential natural resources, Canada should be in a stronger position to weather the inflationary storm.

“The vast country has an estimated $33.2 trillion worth of commodities and the third-largest oil deposits after Venezuela and Saudi Arabia. The commodities that the country owns include industrial minerals, such as gypsum, limestone, rock salt, and potash, as well as energy minerals, such as coal and uranium. Metals in Canada include copper, lead, nickel, and zinc, and precious metals like gold, platinum, and silver. Canada is the leading supplier of natural gas and phosphate and is the third-largest exporter of timber.”

From palladium to diamonds and lithium, the list of Canada’s natural resources is almost endless. What’s more, large regions of the country are yet to be explored, leading some to believe that Canada has far more commodity wealth still to be discovered.

Anthony’s Investopedia article ranks Saudi Arabia and China ahead of Canada, but they are both one-trick ponies. Yes, the Saudis have the second-largest oil reserves and the fourth-largest natural gas reserves, but they have limited resources beyond that.

Per Investopedia, China’s natural resources are estimated to be worth just US$23 trillion compared to Canada’s US$33.2 trillion. Additionally, Anthony clarifies that,

What’s so impressive about the Canadian dollar’s recent surge is that it is happening in the face of surging domestic inflation. Statistics Canada just reported that annual inflation moved up to 4.4% in September — a level not seen since February 2003.

Still, Canada’s currency moved into the green, despite oil selling off roughly US$1 per barrel shortly after September’s inflation rate was announced. Resilience like this is rare, and it might indicate that the forces behind the loonie’s rally aren’t solely tied to daily movements in oil prices.

Unlike the first decade of the 2000s, which saw a soaring loonie amidst robust commodity demand from China, the metrics have changed.

Today, we have unheard of labour shortages, supply chain issues, and soaring inflation. All three factors have a profound impact on commodity valuations and may drive the Canadian dollar closer to parity with the greenback.

Crude oil remains the world’s most important commodity, and Canada is arguably the safest and most reliable source of oil and natural gas on earth.

Note: Nadar Hamid of Total Wealth Management Group gives an excellent overview of this correlation in a video from a few years ago. Click here to watch.

Investopedia expands on the mechanisms behind this stunning correlation,

“The strong correlation between the Canadian/U.S. dollar exchange rate and oil prices is due, in large part, to the amount of the nation’s total foreign exchange earnings that are garnered through crude oil sales. In 2019, Canada was the fifth-largest producer and exporter of crude oil in the world. Crude oil is the largest single contributor of foreign exchange to Canada, and its share has been increasing.”

What’s so intriguing is that despite the US becoming the world’s largest oil producer during President Trump’s tenure, Canadian exports to the US continue to soar. As illustrated in the charts below, the increase in production and exports since 2010/2011 — the last time the loonie was par — have been astounding. And with the current supply crunch, the supply of U.S. dollars flowing into Canada may be about to explode — potentially supercharging a Canadian dollar rally.

Granted, some of this new production and higher exports go to countries other than the U.S., but America is still, by far, Canada’s largest export market.

Learning From the Loonie

The Canadian dollar may be the underlying benefactor if oil prices continue to rise amidst the perfect storm of labor shortages, supply-chain issues, and soaring inflation.

Ultimately, holding different currencies is a lesson in the power of diversification. In today’s unpredictable world, having access and exposure to foreign currencies could be invaluable. And the next few months may prove just that, with respect to the Canadian dollar.