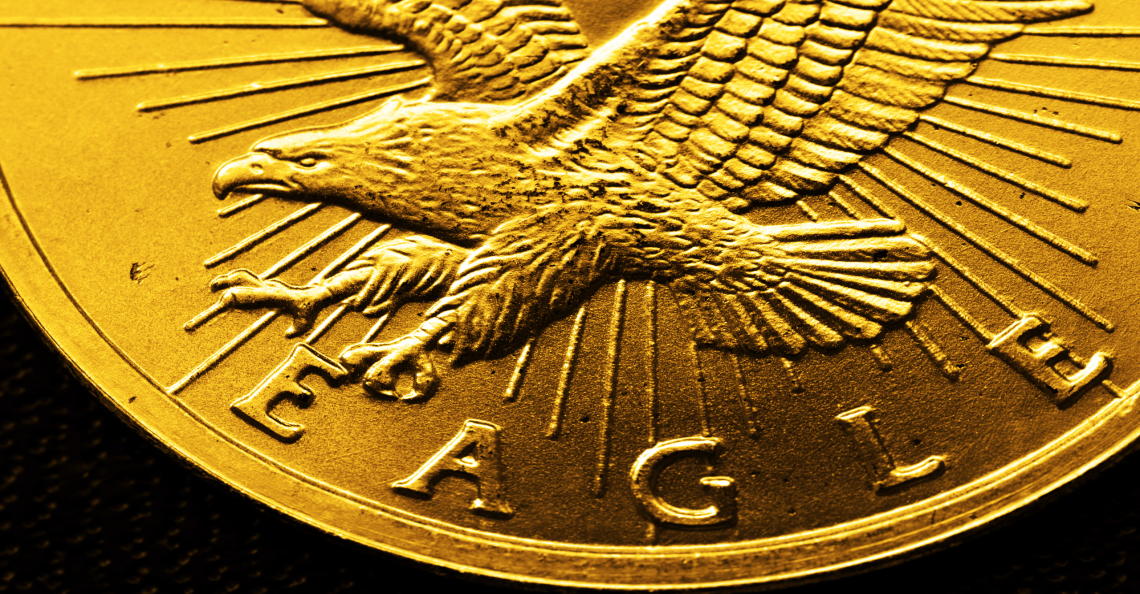 Trump is moving the dial from blue chip stocks on the S&P 500 to junior miners on the TSX Venture. However, until his monetary and regulatory policy strategies are clarified, it is prudent to carefully monitor the direction of this Administration’s agenda… sentiment could turn on a single Trump tweet.

Trump and his economic advisers have been on the warpath to reverse the rising value of the U.S. dollar, which hit a 14-year high in January. Sentiment towards the U.S. economy has been strengthening weekly since his upset victory, and the stock market has surged to a record high; this has been the latest driving force behind the rising dollar.

Take a look at the small-business optimism index below. It is at the highest level since 2002.

Pushing for a weaker dollar, Trump has turned verbally combative toward nations he believes are taking advantage of America through their own domestic currency devaluation policies.

Trump called out China and Japan last week for “planning money markets.” In a recent interview, reported by Zero Hedge, President Trump stated that “other countries take advantage of America by devaluation.”

While we predicted Trump would be the ‘Inflation President,’ even we are surprised at how brash and blatant his criticism of other world leading countries has been.

A rising dollar creates a headwind for U.S. manufacturers looking to export their products abroad. We all know this. And with Trump’s protectionist approach to the economy, a strong dollar hurts his chances of re-election (in his mind).

So, as he works to make these domestic manufacturers more competitive (while at the same time threatening them if they move offshore), in a bid to fulfill his foremost campaign promise of dramatically boosting the U.S. employment market, Trump is putting at risk what little purchasing power Americans have left.

This epic global currency war, which began in September of 2010, is not over. Not even close…

“Mr. Trump, no matter what he says, he’s actually an interventionist. If the economy weakens now, in say 2017 or 2018? Don’t you think that he will also print money? He will beg the Fed to launch QE4.”

For all of Trump’s bravado and go at it alone talk, he desperately needs the Fed’s support to have any hope of successfully implementing a policy which devalues the U.S. dollar. If there is a crisis or economic contraction, like Bush and Obama experienced, he will need the Fed to flood the system with liquidity. And as a proactive measure, he needs the Fed to keep rates low.

Two weeks after exclaiming the dollar’s strength against the Chinese yuan “is killing us,” Trump attacked another powerhouse economy. Last Tuesday, Trump’s top trade adviser accused Germany of using a “grossly undervalued” euro to gain a competitive advantage. The dollar has been gaining against the euro since 2014, and, as mentioned, hit a 14-year high recently.

Following comments from Peter Navarro, head of Trump’s newly created National Trade Council, the dollar reversed course and the euro spiked to an eight-week high. Not coincidentally, when the U.S. dollar peaked in early January, the euro was bouncing off its 14-year low of $1.0339.

“Germany is a country that has always called for the European Central Bank to pursue an independent policy, just as the Bundesbank did before the euro existed.”

“Because of that we will not influence the behaviour of the ECB. And as a result, I cannot and do not want to change the situation as it is.”

It appears Germany is content with a weaker currency, just like virtually every other nation competing in the global marketplace right now. Hence the 7-year (and running) currency war.

On the campaign trail, Trump blasted the Obama Administration for posting multi-billion dollar monthly trade deficits. Now he has picked fights with some of the world’s largest nations and currencies (whom he deems responsible for the trade deficits), including Germany’s euro, China’s yuan, Japan’s yen and the battered Mexican peso. If he thinks he can talk Germany, China, and Japan into bending to his wishes by increasing their respective currency values, he’s mistaken.

The balance between the value of the U.S. dollar and the nation’s trade account is not as simple as Trump may believe…

US Balance of Trade (deficits):

US Dollar as Measured Against a Basket of Currencies

What the two charts above show is that when the U.S. dollar began collapsing in 2002, the nation’s trade deficit expanded rapidly. This is because the cost of imports were rising in U.S. dollars and the country was unable to produce enough basic materials/goods to meet domestic demand…

Since 1993, an estimated 50,000 manufacturing factories have shuttered. More important, 5 million manufacturing jobs have been lost in America since 2000!

The above two charts alone prove that the U.S. economy, from a trade balance standpoint, is dependent upon imports at this moment in time. It isn’t creating enough product as a nation because its manufacturing capabilities just aren’t there. So, unless Trump can get the large multinationals to open hundreds of production facilities on American soil quickly, his plan to devalue the dollar could backfire. Furthermore, to deliver on his agenda, Trump will have to ignite a fire under some industries that have been collecting dust for many years – the coal and oil & gas industries to name a couple.

That stated, the market is showing signs of resilience and economic optimism is rising…

According to the latest ADP National Employment Report, published last week, job creation numbers came in well above expectations in the month of January – hitting their highest level since June.

“Goods producers added 46,000 new jobs last month for the sector’s best performance in two years. Manufacturers created 15,000 positions – more than they had in any month since December 2014 – and construction payrolls added 25,000 new workers – a level matched or exceeded only twice in 2016.”

Instead of the Obama-recovery strategy, which consisted of lagging GDP (only President in history not to have a year during his tenure of 3% GDP growth), Trump is attempting to bring back jobs that built the U.S. economy into the powerhouse it once was. On January 23rd, President Trump met with SpaceX and Tesla CEO Elon Musk, Ford CEO Mark Fields, Lockheed Martin CEO Marillyn Hewson and nine more of the nation’s top CEOs. He confirmed that his administration would prioritize corporate tax cuts and decrease regulation.

“The president-elect has a strong emphasis on US manufacturing, and so do we.”

Even the beleaguered natural resource sector added 6,000 jobs in January. This broke 25 consecutive months of flat or declining payroll numbers for the industry. While Trump has only been in office for the last third of January, it is safe to say these hires were made following his surprise victory on November 8th.

Anyone working in the mining or oil and gas industries can feel the change every day when they go to work. For business professionals and investors, we can all feel it too. Just look at the TSX Venture, the world’s largest junior resource exchange, which is up over 15% from its low in December (we alerted our subscribers this rally was probable in our Weekly Volume from December 18th titled An Amazing Track Record).

Bloomberg published a piece in late-January titled “Trump Reviving Fortunes for Mine Explorer With Zero Revenue.”

“There’s one thing Donald Trump is already making great again: a small Canadian explorer with rights to one of the world’s largest undeveloped copper and gold deposits.”

On Friday, it was announced that the US created 227,000 jobs in January, versus the 175,000 jobs expected by economists.

If Trump can create millions of manufacturing jobs and increase GDP, the tax revenues will flow, and his critics will fade away like his adversaries in the Republican primaries. The engine that was the US economy (manufacturing) may come to life again under this controversial President. Trump’s legacy, and chance of re-election, almost solely depends on this very tall order.

It is nearly impossible to successfully implement fiscal stimulus (which creates lasting growth) without monetary stimulus. It is our opinion that Trump will announce massive infrastructure spending in the next few months that could define his first term in office. The self-proclaimed ‘King of Debt’ is now leading the most indebted nation in history…

We will leave you with a final caveat, put so eloquently by Jim Rickards after Trump’s victory:

With the wind in his face and half the nation still against him, Trump is attempting to pull off the improbable. He is starting by talking down the dollar, which has and will continue to be bullish for gold and commodities.