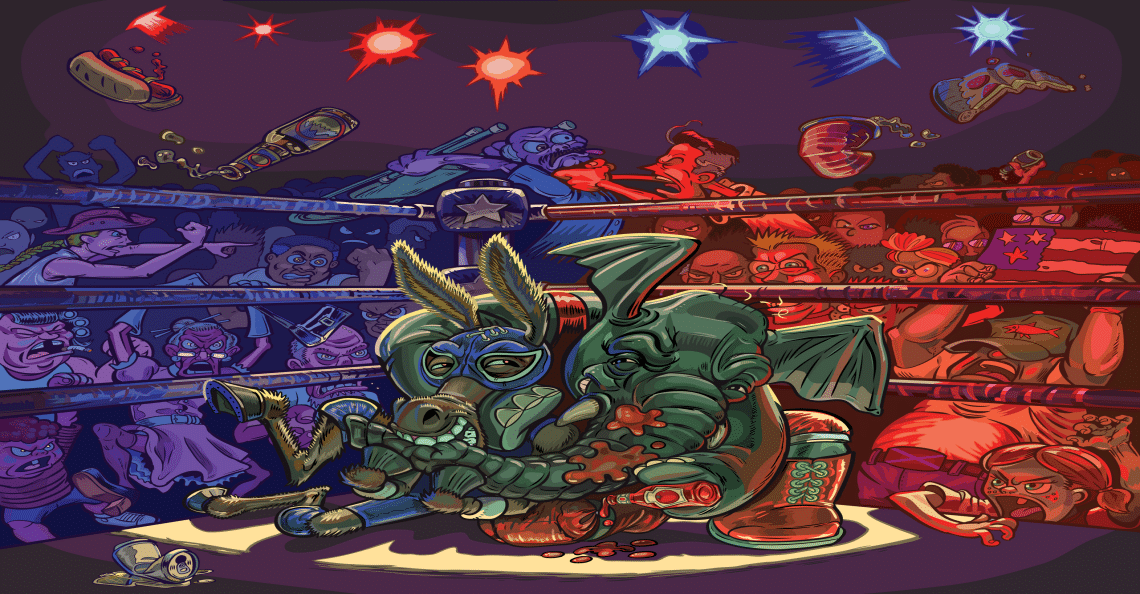 Against the wishes of nearly every ‘fiscal conservative,’ last week President Donald Trump crossed the aisle to join Democrat Party Leader Chuck Schumer in a bid to abolish the debt ceiling. This is perhaps the most ‘unconservative‘ thing Trump has done since taking office.

On September 7th, the U.S. Senate passed a legislative package that will suspend the debt ceiling through Dec. 8th; however, Treasury Secretary Steven Mnuchin still needs Congress to act by September 29th to avoid an embarrassing default scenario. While some Republicans and market participants were shocked, we saw this coming days after Trump was elected nearly a year ago.

On November 13th 2016, five days after Trump won the election, we published and delivered to our subscribers a Weekly Volume titled The Inflation President. It discussed, in detail, why President Trump would be unlike any Republican to hold office; and how he would use debt and his business acumen to govern. He is, after all, the self-proclaimed “King of Debt”.

America’s national debt exceeded $20 trillion on Tuesday of last week – representing far more than the critical 100% debt to GDP ratio. What’s more, the national debt has grown roughly 7% annually for two decades with GDP growing at roughly a third of that rate. In short, this guarantees the debt crisis only gets exponentially worse every year.

Trump on Abolishing the Debt Ceiling

Most noteworthy is that Democrats and many Republicans (closet big government politicians) have cheered this latest bout of bipartisanship. Below are some quotes taken from a Bloomberg article, Trump Says a Lot of Good Reasons to Get Rid of Debt Ceiling.

John Thune of South Dakota, the No. 3 Senate Republican, noted

“It’s an unpopular vote that nobody likes taking.”

“Why don’t we just do away with it?” And that, “We’re not going to let the government default.”

Republican Speaker of the House, Paul Ryan, was among the lone cries of dissent. He stated,

“there’s a legitimate role for the power of the purse and Article One powers” in the Constitution, Bloomberg cited.

Consequently, it was President Trump, not Republican leaders in Congress, who ultimately did a deal with Democrats to raise the debt ceiling. While some Liberals rejoiced at this unexpected decision by Trump, others are confused. Diane Francis of the Financial Post wrote, “Trump is a disrupter and now he’s doing the right thing, for a change.”

She continued, “Trump has realized that he must be flexible and cross the aisle to get things done in Washington.”

Dealmaking for credit is Trump’s forte. Debt has helped make Trump a billionaire; and with the U.S. dollar still the world reserve currency, debt and debt alone is what’s needed to finance disaster relief, the military and the infinite costs associated with running American entitlements. Roughly 90% of the United States government’s annual expenditures go towards health care, social security, defense and interest on the national debt. These are, for all intents and purposes, fixed costs.

Because the U.S. runs a $600-$700 billion deficit standing still, abolishing the debt ceiling is viewed by many as removing a nuisance. It certainly relieves Trump of having to waste time and energy on it next year and the year after. Furthermore, it will completely relieve any constraints to Trump’s Tax Plan and his $1 trillion infrastructure plan. However, if for nothing else, the debt ceiling brings Americans’ attention to the country’s dire financial standing. Without the debate of whether to raise it or not, even if it is just theatrics from politicians, people won’t know what’s happening with their government’s reckless spending ways and the nation’s unsustainable entitlement programs. Even ten years ago, removing the debt ceiling would have been unimaginable.

By securing this win with name brand Democrats, Trump has proven he can get things done without the Republicans.

Left-leaning Politico published Republicans suspicious of ‘Democrats’ Cohn and Mnuchin as tax plans take shape; the story captures the uneasiness of some Republicans:

“Now, Republicans throughout Washington are concerned that if the White House can’t craft a plan that unifies the GOP, Trump’s tax writers will once again circumvent Hill Republicans in order to score a win.”

In The Inflation President last November we wrote,

“The reality is that the American national debt is going to increase substantially under Trump. He’s not a classic conservative by any stretch. From an economic standpoint, consider him a hybrid of Bill Clinton, Herbert Hoover and Ronald Reagan. If his new spending and tax plans create lasting jobs and real, consistent GDP growth of 3% to 4%, America could experience an economic boom. This would lead to inflation, rising commodity prices and a continuation of this epic American stock market bull.

It’s a new era in geopolitics and for the world economy. What’s for certain is that it won’t be more of the same from the White House.”

Note the last sentence in the first paragraph:

“This would lead to inflation, rising commodity prices and a continuation of this epic American stock market bull.”

Despite reported inflation being rather tepid in recent quarters, the U.S. dollar is experiencing its worst annual performance since 1985 – down more than 10% on the year. On the contrary, and to some degree a cause of the falling USD, many commodities are at multi-year highs. Tungsten is up 50% this year. Copper is near a 3-year high. Zinc hit a recent 10 year high. Gold is up roughly 13% year to date. Nickel is on fire. The list goes on and on. Likewise, US stocks continued their unabashed rise, trading to fresh record highs this past week.

Something is happening with the U.S. dollar, more specifically the yield curve between the 2-year and 10-year Treasury note that hasn’t happened since 2002.

“The fact is that it doesn’t matter how ‘flat’ or inverted the yield curve becomes, there’s a good chance that the monetary-inflation-fueled economic boom will be intact as long as short-term interest rates are rising relative to long-term interest rates.”

“…as long as US real yields are falling, the US Dollar’s appeal would be limited and both Gold and the Japanese Yen would continue to outperform.”

“The size of the spread can serve as a gauge of the bond market’s assessment of future inflation prospects. The steeper the curve, generally speaking, the more yield premium investors are demanding in response to inflation fears.”

The U.S. dollar rally that crushed the TSX Venture, gold and most commodities between 2011 and early 2016 may be officially over.

In a recent MarketWatch article, Simon Derrick, chief markets strategist for BNY Mellon in London, compared today’s market to that of 2002 when the U.S. dollar began a multi-year bear market:

Another inflection point may be upon us. Derrick explained in the same MarketWatch article,

“With the Fed struggling to convince the market that there is more than one hike left in the cycle and a U.S. bond market that, unlike equity markets, is sending increasingly gloomy signals (in an eerie reflection of 10 years ago), the threat to the USD appears to be growing.”

This now exposed threat is our opportunity to capitalize in the junior resource and broader commodities markets. Most noteworthy, the Treasury yields took a few years to follow the dollar lower after Q2 of 2002. Today, they are falling together and more rapidly. Combined with the fact the U.S. has no immediate intention of creating a  surplus (national debt now exceeds $20 trillion, debt ceiling set to be abolished and the last surplus occurred in the 90s) and it’s easy to understand why the dollar is declining.

Finally, the TSX Venture and junior resource stocks cumulatively had their biggest bull market ever during the mid-2000s due to a weakening dollar and strengthening commodity prices. As such, we believe now is the time to own well-capitalized juniors looking to prove out a resource, and low cost producers of precious metals.