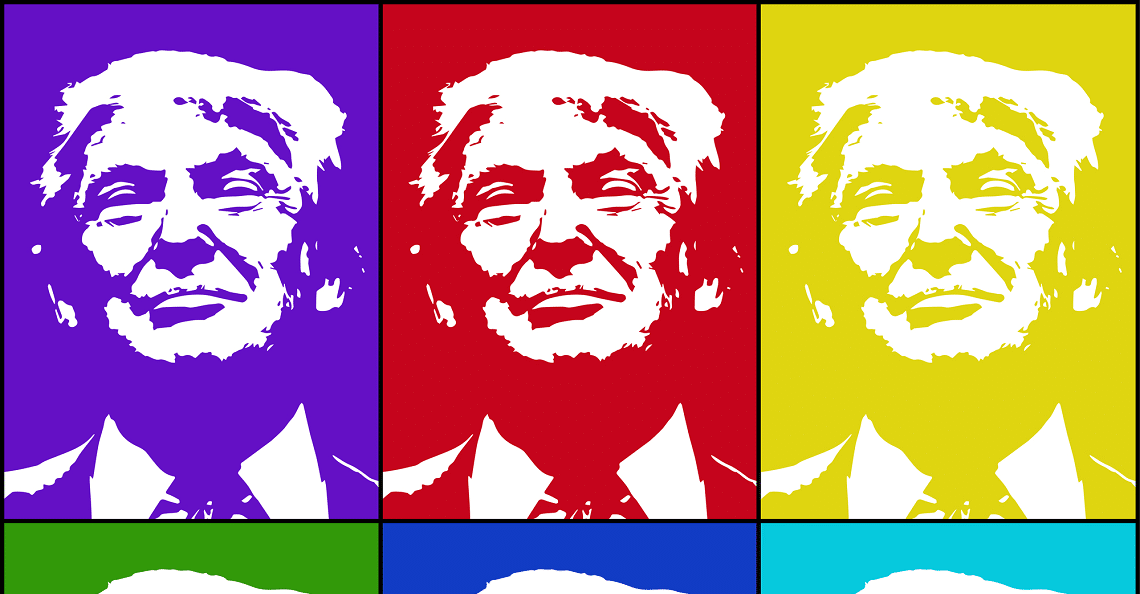 On March 9th, 2018 the current U.S. bull market turned nine years old. The Dow and S&P 500 hit all-time highs on January 26th – more than two months ago. Now, while volatility has increased to the downside of late, Monday was the Dow’s third-best day ever. Moreover, the President was quick to point it out. 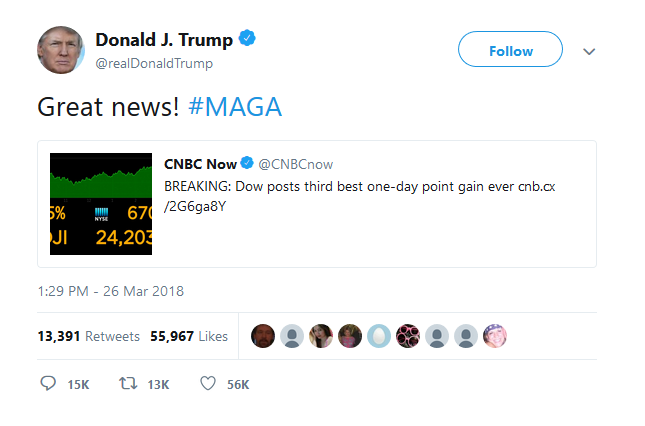 No President in history has bragged and boasted more about the performance of the stock market since taking office. Consequently, no President has ever been more dependent on its continued stability and success. The market went straight up following Trump’s election, and continued to rise month after month for over a year.

As President Trump enters his second year in office, the bull market has been showing signs of tiring. If it can hold on another five months, it will be the longest bull market in U.S. history, topping the 90s which led to the bursting of the bubble in 2000. While his critics are quick to point out the downward volatility of late, Trump conveniently never mentions the down days! 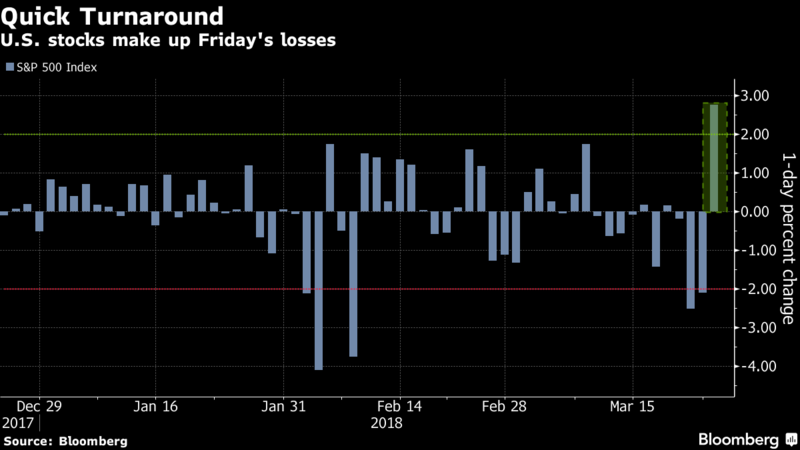 “This bull might be old, but remember bull markets don’t die of old age, they die of excesses.”

With Trump’s tax cuts in full effect, there is more money sloshing around the system for investment and bonuses. While hundreds of company’s gave out special bonuses to all types of workers at Christmas, they were not the only ones getting rich.

According to estimates by New York State Comptroller Thomas DiNapoli, average bonuses on Wall Street jumped 17% in 2017 to $184,220 – the highest since 2006.

We explained Trump’s continual focus on the stock market performance in our latest Weekly Volume titled Is Trump About to Get Crushed?

“Trump has banked much of his economic credibility on the performance of the stock market.”

The day after the Dow posted its third largest gain ever (669 points), it was up over 200 points in mid-day trading. Trump will need the markets to hang together if his Administration is to carry momentum into the mid-terms. Finally, Trump has tied his Presidency and the fate of Republicans so closely to the markets it is almost as if he knows something we do not. Investing under Trump has been easy so far. Expect that to change, but expect Trump to put immense pressure on the Fed if the markets enter a sustained correction.