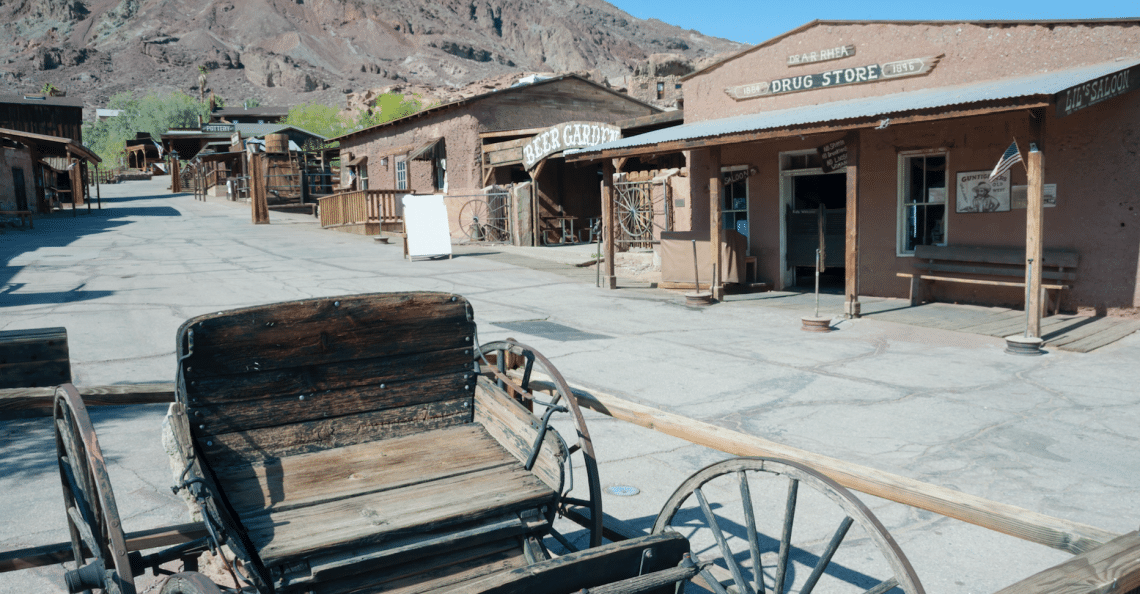 I had some downtime while in Vegas for work last month and decided to drive out to the Mojave Desert, away from the bright lights and crowds. There’s something beautifully unforgiving about the desert in winter. It’s calming, but harsh. Plus, there’s a town in the middle of nowhere, out on the edge of the California/Nevada border called Nipton, not too far from the incredible Ivanpah Solar Power Facility. I wanted to see it again before heading to the once world-renowned Mountain Pass Mine many of you may remember (more on this shortly). Nipton is a quaint village and stokes the imagination of how it might have been when the railway first helped invigorate the western U.S. Ironically, this little town has some striking parallels with the TSX Venture. It made its name from the mining industry, servicing the local gold mines after the construction of the railway. However, the town fell on harsh times throughout the many bearish commodity cycles since the early 1900s, most notably the recent one which began in 2012. It is down to roughly 100 residents.

Today, like the TSX Venture, Nipton is reinventing itself, namely from marijuana.

Last year, the town of Nipton was purchased for $5 million by a company known as American Green, which hopes to turn it into a cannabis tourist town. The company has plans to open a Wild-West-themed dispensary called ‘The Apothecary,’ according to QZ. But I wasn’t in the middle of the Mojave for the weed… I wanted to see a mine.

Another time warp establishment in that same desert area, just a few miles down a somewhat decrepit two-lane highway, was the primary reason for my impromptu drive. I’m talking about a once world-renowned mine that only a few years ago was the belle of the mining sector ball… you may remember it. It is known as the Mountain Pass Mine.

I had last visited this part of the Mojave Desert almost a decade ago, near the height of the rare earth speculative bubble, to see North America’s only producing rare earth mine once owned by Molycorp. Remember that name?

Molycorp was once, back in 2010/2011, the most coveted mining stock on the market. It traded on the New York Stock Exchange under the symbol MCP.

Molycorp was the most touted mining IPO in my more than decade-long career in the capital markets. It was huge! Virtually every mining stock analyst and newsletter writer were covering it, prompted by fears that China controlled roughly 96% of global rare earth production. Molycorp was that shining city on a hill for North American mining as it was the sole producer of rare earths on the continent. It was a patriotic story.

At the time of its IPO, Molycorp’s description read:

“We are the only rare earth oxide, or REO, producer in the Western hemisphere and own the world’s largest, most fully developed rare earth project outside of China. Furthermore, following the execution of our “mine-to-magnets” strategy and completion of our modernization and expansion efforts, we expect to be one of the world’s most integrated producers of rare earth products, including oxides, metals, alloys and magnets.”

What Went Wrong for Molycorp and the Mountain Pass Mine?

Molycorp’s IPO offering was arranged at $14.00 per share, and it was gobbled up by market participants looking to capitalize on the North American shortage of rare earth production. Its opening day of trading saw the stock hover around $13. However, less than a year later, the stock had gone parabolic on massive volume, peaking on May 3, 2011, at $79.16 per share!

But like so many mineral producers and explorers before it, Molycorp went from boom to bust as rare earth prices began to sink. Simply put, Molycorp couldn’t compete with Chinese production when prices sank (some believe the Chinese purposely sunk the rare earth market to maintain control). Production costs for the only North American producer were simply too high. Commodity cycles can be vicious.

On its final day of trading as a public company in the summer of 2015, after filing for bankruptcy protection, Molycorp closed at just $0.36.

In April of 2017, a so-called ‘stalking horse’ offer was made for the Mountain Pass Mine – a mere $1.2 million! But that bid was unsuccessful. In the summer of 2017, the Mountain Pass Mine was acquired for roughly $20.5 million. Guess who bought it? MP Mine Operations LLC – a Chinese-led consortium including rare earths miner Shenghe Resources, according to Mining.com.

I wanted to share this story for a few reasons, chief among them to remind everyone that there is plenty of money to be made from mining stocks, but it is not for the faint of heart. Cyclical moves, not necessarily investing prowess, dictate the winners and losers. Pay close attention to macro issues as they’re the most significant drivers of how these stocks perform. And when there are massive profits on the table, take some off! Stupid not to. Know that the mining sector is, since its inception thousands of years ago, a boom-bust industry. As a result, the highs are epic, and likewise the lows. Molycorp and the Mountain Pass Mine are a sobering reminder of that.